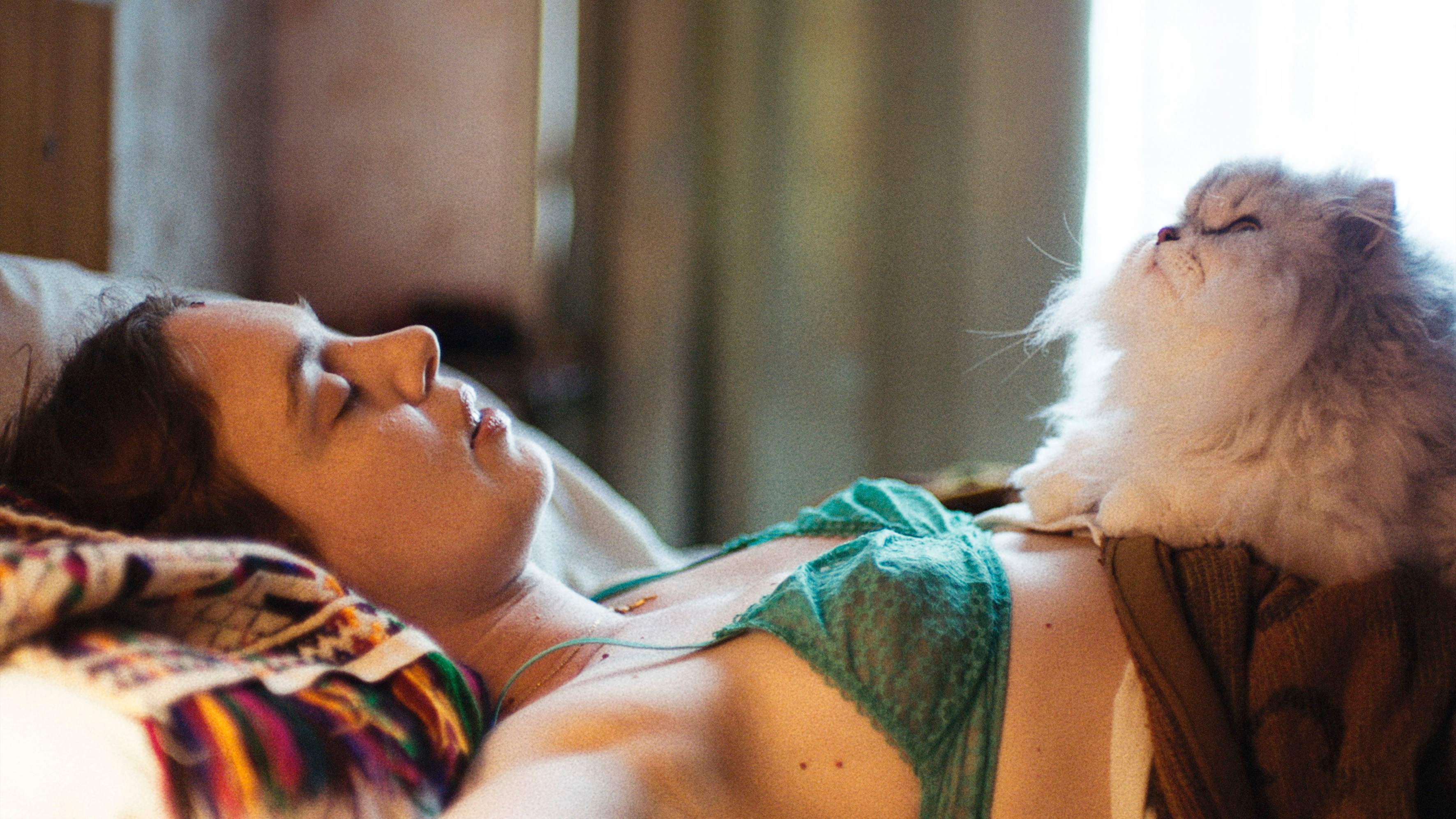 We first meet Paula (Laetitia Dosch) as she bangs her head against the closed-door of her apartment with such violence that it knocks her unconscious. Her photographer boyfriend has jilted her and she is not taking it well. She yells at the doctor treating her cut head until he threatens to commit her.

Escaping from hospital, Paula is teetering on the edge of depressing social realism. Something like a female-led version of Mike Leigh’s Naked, a familiar tale of self-destruction with accompanying squalor. She has no money and nowhere to stay. She has used up the good will of all her friends, is alienated from her mother, and has no apparent skills or work experience. Her vulnerability is apparent but her own impetuosity drives her to spoil any prospect of help.

Paula returns to her old apartment where she decides to take the cat. A series of misadventures reveal her impetuosity and vulnerability. An offer to stay the night from a guy at a party means that she has to fend off his hands and flee. But when a girl mistakenly takes her for an old school friend in the Metro, Paula plays along, as much for the affection she can garner as the shelter offered.

Paula is no slouch though and she meets her adversity with brio and humour. “I’m not smart,” she yells at the doctor in the opening. “But I’m honest.” She finagles a job as a live-in babysitter and another one at knicker kiosk in a shopping mall. Here she meets Ousmane (Souleymane Seye Ndiaye), a security guard who she enjoys a prickly flirtation with. Even the brat she is looking after is gradually brought under Paula’s spell. However, just as things pick up, Paula discovers she is pregnant.

Jeune Femme director Léonor Serraille avoids every miserablist cul-de-sac and tries for something much more radical: optimism. In Paula, Dosch has created a vibrant if at times difficult character and has entwined that difficulty and vibrancy together, like a hungover Amelie. Julie Roue’s jazzy score underlines the improvised lifestyle of the main character while recognising its bluesy cost. And Emilie Noblet’s photography artfully intersperses a documentary style with the occasionally beautiful and poised shot to create in the Paris neighbourhood of the title another major character. This is fresh, exciting filmmaking and the arrival of a new voice in French cinema.