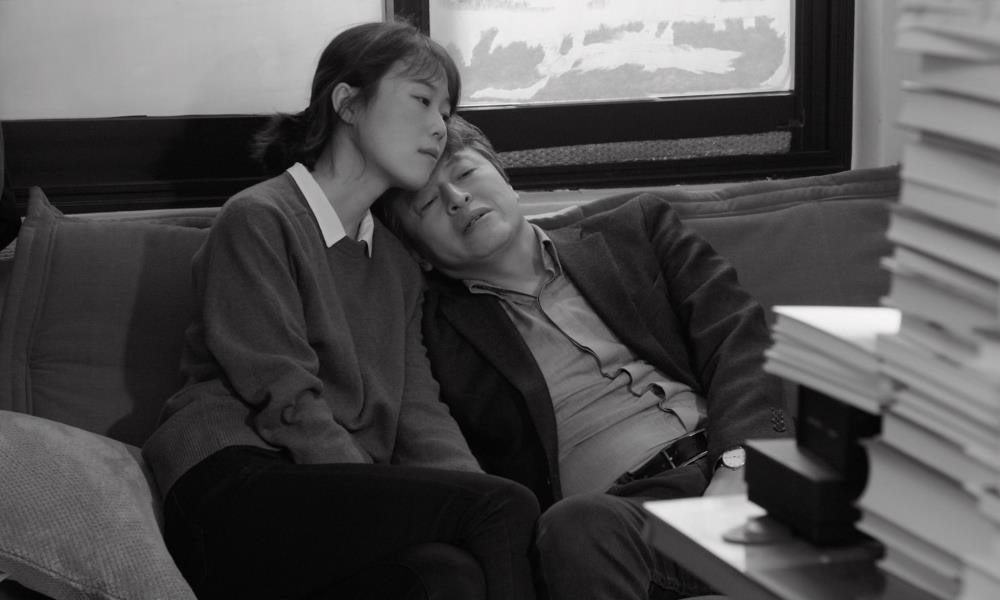 With a director as prolific as South Korea’s Hong Sang-soo, it’s not particularly surprising that he has two films showing at Cannes this year: Claire’s Camera, a colourful novella of a movie starring Isabelle Huppert; and, up for the Palme d’Or, The Day After.

Bong-wan (Hong regular Kwon Hae-hyo) is a celebrated author who manages a small publishing house and mismanages his romantic liaisons. One former lover Chang-sook (Kim Sae-byuk) has only just quit her job working for him when their relationship falls apart amidst recriminations. Her replacement is an intelligent young writer and something of a Bong-wan devotee called Areum (Kim Min-hee). The shine is taken off her admiration somewhat when Bong-han tries drunkenly to hit on her. Areum’s day however gets much worse when Bong-wan’s wife Hae-joo (Cho Yun-hee), having discovered her husband has cheated on her, heads to the office to have it out. She mistakenly attacks the innocent Areum, believing her to be Chang-sook.

Anyone familiar with Hong’s work will find many of his most loved themes and tropes recurring: mistaken identity, infidelity and the male ego. The long dialogue scenes that make up the bulk of the picture and played out without cuts. There’s a languorous tempo to proceedings which draws the audience in. The Day After is a chamber piece, about time, relationships and commitment. At ninety minutes, it doesn’t particularly drag, but those not already on the Hong train won’t be climbing aboard on the strength of this.

Kim Hyung-koo’s black and white photography lends a melancholy filter to the scenes of booze fuelled self-justification. The Day After also benefits from some nuanced and sympathetic performances, with Hae-hyo doing most of the heavy lifting playing essentially a bookish version of the director. Kim Min-hee is also great as the young aspiring writer who is ultimately liberated from her admiration of her idol. His fickle self-centeredness will allow her to move on to greater things perhaps.