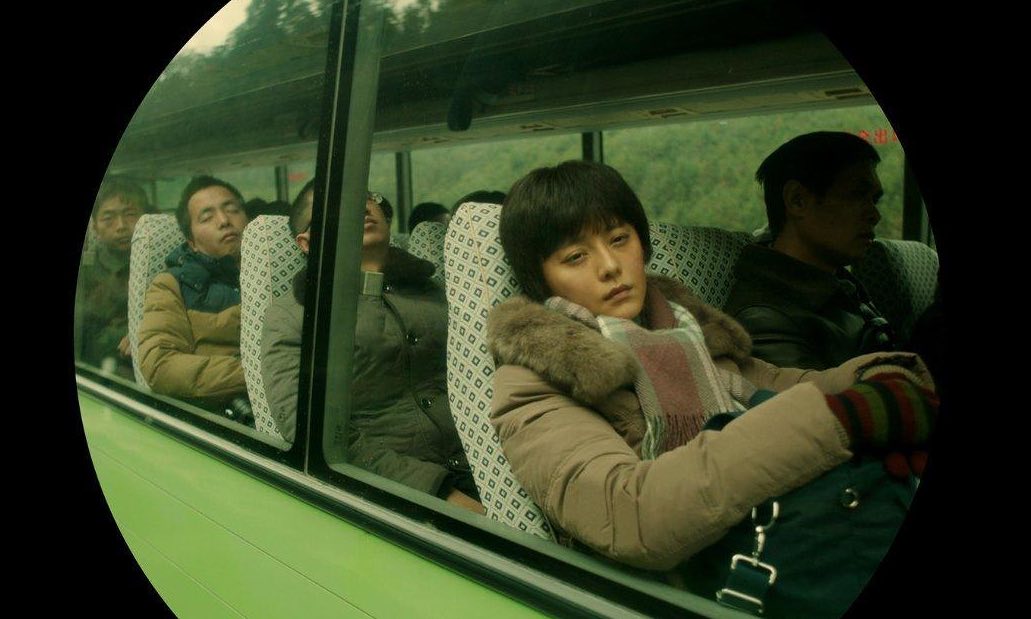 Hell hath no fury like a woman scorned. However, in Xiaogang Feng’s I Am Not Madame Bovary, amid bouts of understandable fury, it’s more an overwhelming sense of aggrieved betrayal that drives Li Xuelian (Bingbing Fan).

Left spurned by her husband when a scheme to divorce and then remarry – in order to obtain a new apartment from local authorities – goes sour as he takes off with another woman, Lian is left alone and embittered. Seeking retribution, she goes to the courts and various public officials to claim that the divorce was fake and therefore unlawful. Though the buck is passed and uncaring politicians take little interest in her case – until her persistence comes to bite them – there is a sense that her ex-husband’s duplicity is the real core of Lian’s pain and I Am Not Madame Bovary therefore functions on two levels.

As well as directing matters from behind the camera, Feng also provides a narrative voice that introduces the tale of Pan Jinlian, a comparative piece of Chinese folklore to the titular Flaubert novel, purporting to the indecent activities of a woman who tricked and manipulated men through seduction. Circular-lensed images from the Song Dynasty provide an almost mythic preface to the introduction of Lian and her quest for justice and what follows seeks to ascertain whether the shroud of shame that hangs over her is any way justifiable or whether she is merely prey for prejudicial male mistreatment.

Feng and cinematographer Pan Luo continue for much of the film with a circular lens centred in a black screen. What does this choice of image represent? We look through a keyhole into a very private matter between the closed door of a marriage that opens out into a public affair. The earth, the moon, the cycle of one year to the next in a plight that continues for over a decade? It is also a reflection of Lian’s tunnel vision. Such is the degree of resentment and sense of injustice she feels that for more than ten years she is not able to see, feel or think anything that does not relate to her suing public officials for negligence and attending the National Party Conference to kick up a stink. Furthermore, given the limitations of space, the restricted frame serves to both focus our eye on key elements of a targeted mise-en-scene and is frequently employed to isolate Lian in a frame on her own, further underlining her loneliness and ostracising from those around her uncomfortable in cohabiting this tense personal space.

Paired with the frequent use of water-based imagery there is a fluidity and closeness with mother nature that somehow seems to support Lian’s plight. Indeed, one key escape is made from her house across a lake – it offers her this opportunity. Conversely, in their pursuit of this dangerous and determined woman, the police often find themselves under a deluge, sheltering from storms under umbrellas on rain-swept streets. Moving to the city, the aspect stretches up and down into a narrow rectangular stripe in the middle of the screen. It is larger, but more rigid and less forgiving, here representative of the unmoving tide of opinion and walls of bureaucracy that Lian must shatter to achieve her ends.

It’s subtle, but part of the conflict in the film exists between countryside and city and the stereotypes held between the inhabitants of each are as fervently held as those hypocritical, chauvinistic and prejudicial male views that see Lian heralded as an indecent woman and also initially dismissed as a simple peasant woman who cannot possibly cause the educated classes of Beijing any problems at all. The repetitive nature of the film means it does drag in some places but a whispered admission of reasoning in I Am Not Madame Bovary’s closing moments, as the screen expands to its fullest, is truly jaw-dropping. Both a visual and narrative justification for all that has gone before it opens the film out to a widescreen finish which finally allows us to see the big picture.