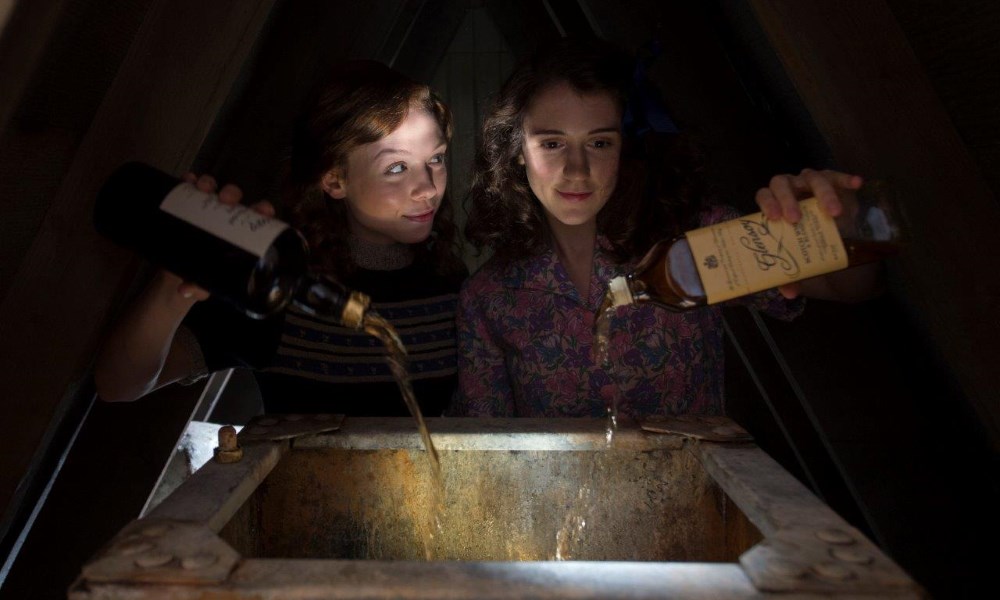 Aside from a brief spell of rationing-enforced drought, torrents of the much fabled ‘water of life’ flow through Gillies MacKinnon’s Whisky Galore. It’s a shame that his latest feature – a remake of the Ealing classic – has none of the life-giving fervour of Scotland’s national drink.

A dry and surprisingly dull film, it is a comedy which doesn’t induce a single laugh and a drama that doesn’t engage emotionally or pull on the heartstrings at all. It’s hard to say what effect MacKinnon intends to have on a cinema-goer watching his film: characters imbibe and fall asleep with contented smiles but it’s more likely you will through sheer tedium. “There is no more whisky” says a concerned islander in the early moments. World War II, largely out of sight and out of mind until this point, suddenly becomes a genuine concern for Hebridean villagers. Eddie Izzard plays Captain Wagget, a figure similar to Dad’s Army’s Captain Mainwaring, a pompous, self-important and ineffectual warden to a rag-tag home guard far more anguished by where their next dram will come from than the threat posed by the Germans.

Widowed postmaster Macroon (Gregor Fisher) is concerned by the affections his two daughters (Naomi Battrick and Ellie Kendrick) attract from a soldier on leave (Sean Biggerstaff) and school teacher (Kevin Guthrie) but it’s all just lovely and quaint and smiley and we know there’s no chance of anything remotely bad happening. Mercifully, a transport ship heading for America, carrying 50,000 cases of their favourite tipple, runs aground offshore. Unfortunately, the Sabbath begins and that means another day – and about 20 minutes runtime – where nothing at all happens. The loot is retrieved, everyone rejoices and Wagget spends the rest of the film trying to catch merrily drunken villagers red handed.

The delivery of lines, and in particular the rolling of the Scottish ‘r’, is extremely laboured, character development is paper-thin and the accents are a bit all over the shop. There may be something very comforting for some viewers in what plays out like an extended episode of Last of the Summer Wine shot by the people responsible for Werther’s Original adverts. However this rehashing of Whisky Galore is an example of a story being fixed with ham-fisted predictability when it wasn’t broke to begin with. The exclamation mark of its title must be ironical as there isn’t a great deal to cheer about here.