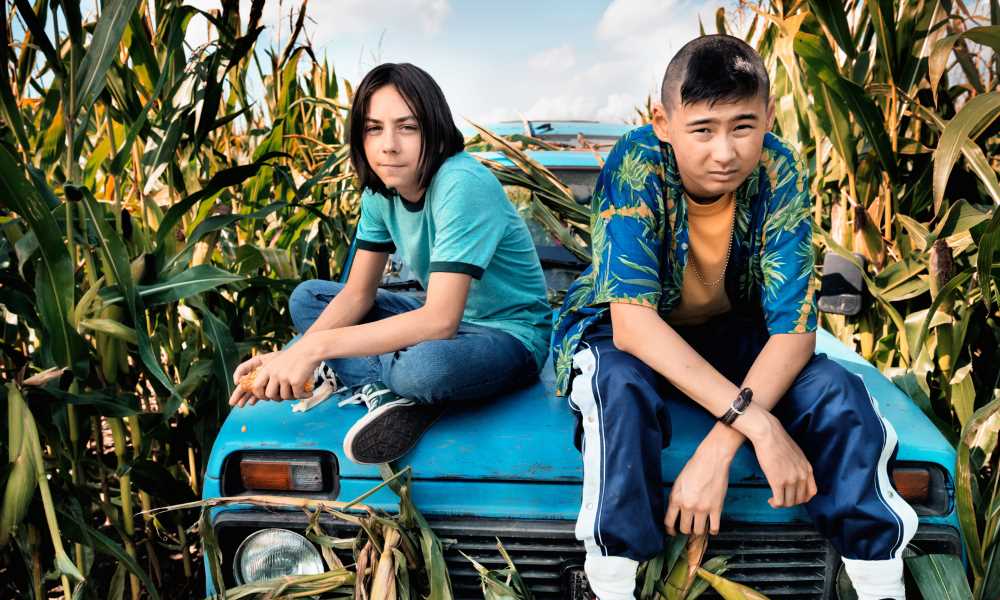 Adapted from the best-selling novel Why We Took the Car, Goodbye Berlin is a quirky German coming-of-age comedy that’s funny if a bit formulaic. Maik (Tristan Gobel) is a disconnected teen; his mother is an alcoholic, his father isn’t interested and he has no friends.

Maik is smitten with classmate Tatjani (Aniya Wendel), but she doesn’t notice him enough to invite him to her big summer birthday party. So instead, Maik escapes in a stolen car with Tschick (Anand Batbileg), the mysterious new boy at school, while one of his parents is in rehab and the other’s on business. Their trip takes them outside of Berlin, headed nowhere, in search of adventure, learning life lessons and becoming true friends along the way.

It’s a sweetly funny road movie set in Germany’s countryside. The chemistry between the two leads is nice, if unremarkable. They have an easy rapport that builds as they bond over their dysfunctional home lives and difficulties fitting in wherever they are. Nothing big happens, aside from a few encounters with local police and a rural family who invite them onto their farm for lunch and an impromptu quiz in which they’re unable to answer many of the questions. The script treads along a formulaic line, though there’s enough comedy injected to keep it fresh.

Director Fatih Akin works well with the actors to create a sense of authenticity and warmth in their adventure. He manages to tap into that awkward period of adolescence well, with neither Maik or Tschick really sure of who they are or what they want from their lives. Maik’s run-in with Isa (Mercedes Muller), a girl in search of her own self, is pleasant in how it reminds him of his interest in the opposite sex, though is curiously underdeveloped. Muller sadly not allowed the opportunity to make much of an impression. The two actors, however, are more than capable young stars. Gobel carries the film well, and Batbileg is off-kilter enough to add to the overall mysterious nature of his character – one whose backstories is left up in the air but makes enough of an impression on Maik to change him in subtle ways.

It’s unfortunate that Goodbye Berlin tends to fall back on coming-of-age traits, because the things that work work well, and the comedy in the film is so warm-hearted and situational that you end up wanting to like the film more. But for what it is, it’s decent, if unspectacular adaptation of a book that’s likely to have had more of an impact than this film will.