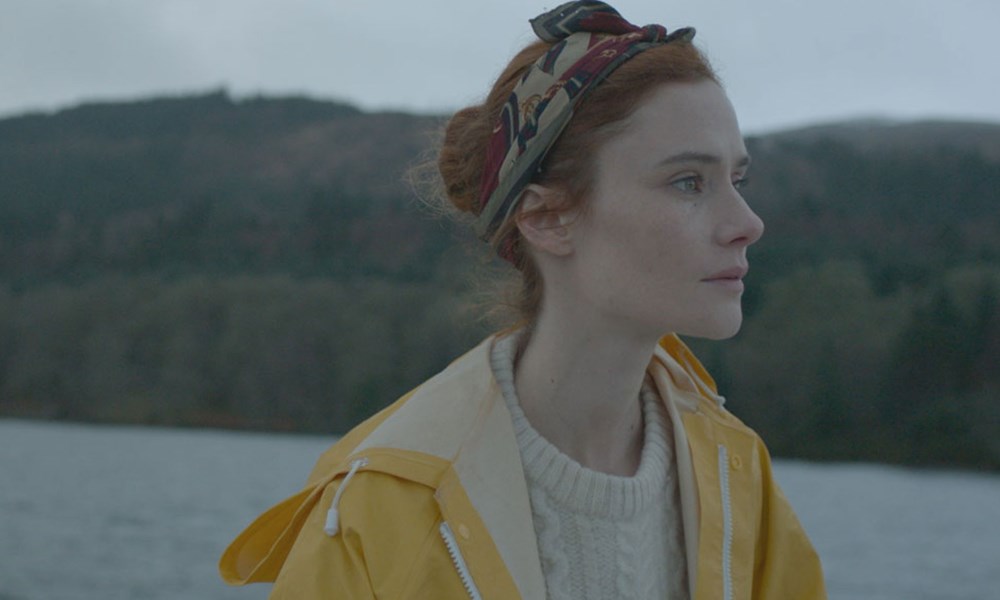 Up in the Scottish highlands on a break to try and rescue their fledging relationship, Louise (Rebecca Calder) and Claire (Deirdre Mullins) endure difficult occurrences in Gary Love’s less-than-inventive thriller.

It starts out well enough. Louise, clearly experiencing a level of past trauma teased out through short memory bursts of hospital lights and needles, has dragged Claire onto a boat to tour the lochs in an attempt to recapture their love. The scenery provides an atmospheric backdrop to their initial squabbles, cinematographer John Pardue using wide shots to accentuate the rift that’s developed between them. Far away from much in the way of civilisation, the locals they do encounter don’t take too kindly to Claire’s upfront nature (a shared kiss in a pub elicits a particularly terse reaction).

To further complicate matters, Claire has a secret phone, in which she receives a constant barrage of text messages from Miles, who it turns out she had a one night stand with – yet another aspect of the film that’s teased out bit by bit. A lot of what Love does is nicely shoot preamble to an eventuality that never comes and the fractured relationship between Louise and Claire is only ever moderately interesting.

From the moment the film starts, it’s quite clear they won’t last, their love for one another too shattered for repair. And it’s not as if either of them makes much of an effort to salvage what’s left: Claire only interested in her iPad, and Louise’s thoughts on another planet, one filled with pagan images and symbols that seem to be tracking them down. It makes the narrative a bit of a slog as the audience searches for something else to latch on to and sustain interest, only to be left disappointed.

The latter half of the film falls apart at the seams as the atmosphere fades away, replaced by lots of running through forests, interspersed with flashes of light and snapshots. The locals have turned nasty, but it’s never made clear exactly why, aside from the possible influence of the occult. It’s a shame to have something so wasted, with little for Calder and Mullins to work with. Calder spends much of the film in one of three modes as Louise: silent, frantically searching and moping. It doesn’t exactly allow her to convey much range.

Mullins comes off a bit better, but only because she has more of an arc to work with. The Dark Mile isn’t all bad. It would be impossible for the remote Scottish locale to not elicit a fear of sorts, and one of the locals, played by Finlay MacMillan is creepy, particularly in a scene that has him carving a stake, the audience left to wonder whether he’ll do anything with it later in the film. But for all the build up, nothing comes. And the ending suggests that this could all happen again to another pair of poor souls, but once was more than enough.