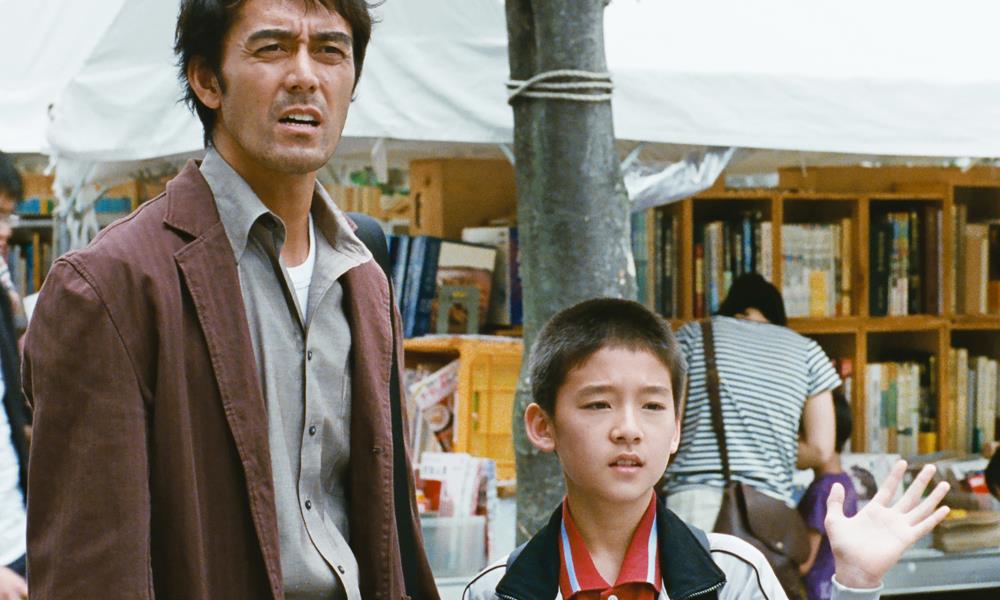 From Still Walking to his latest offering After the Storm, Hirokazu Kore-eda has proven himself a master at delineating the changing dynamics of Japanese family life. Ryota (Hiroshi Abe) is something of a failure. But it hasn’t always been so.

Ryota had high hopes, a young family and even wrote a prize-winning novel called – somewhat prophetically – The Empty Table. But he’s frittered away his good luck on a gambling addiction and now works part-time as a detective, snooping on adulterous couples in order to make his child support. His ex-wife Kyoko (Yoko Maki) is losing patience and believes their 11-year-old son Shingo (Toyota Yoshizawa) might be better off without him in their life. Kyoko is also in a relationship with a more prosperous and loudly successful man. Ryota knows this because he spies on them with his young colleague (Sosuke Ikematsu).

Ryota has just enough self-awareness to realise that he’s following closely in the footsteps of his deadbeat father and he still has an easy charm and humanity to him. His affection for his son and his fear of losing him are real but he seems unable to stop himself from breaking all of his own best chances. As a last gasp, Ryota vies for Shingo’s love by taking him for a nice day out with a burger, new football boots and a trip to see Shingo’s beloved grandmother, a brilliantly warm-hearted turn from Kirin Kiki. A tornado is on the way and the broken family might get one last chance to put itself back together. “Life is simple,” says Ryota’s grandmother, pleased with herself. “I said something deep, didn’t I? Write it down. You can put that in your novel.”

Simplicity is paradoxically complex in Kore-eda’s movies. The domestic space is so beautifully realised. The snacks that Ryota’s grandmother makes always taste a little bit too much of the fridge and when the fridge is opened the sister sitting at the kitchen table automatically bows. Such a small gesture says everything about a domestic space so familiar that we’re part of it. A melancholy tone pervades After the Storm as the old people are dying out and the housing complex is empty. However, this is also countered by the traditions of food, the warm humour of the family and the genuine love that can survive economic hardship and self-destructive behaviour. Shot in the same housing complex where Kore-eda himself once lived there is a sense of grounded, lived-in homeliness.

Each family member receives time to develop their own points of view and – new boyfriend aside – there’s no villain here except for the inevitable disappointments of life.”Did you want to be the person you are?” Shingo asks his father at one point. The performances are brilliant throughout the ensemble and the script is full of great one-liners. Kore-eda’s camera is always un-showily prescient in revealing the relationships of the people just by where they sit. A carefree but sad, whistling soundtrack comes in every now and then, hinting at a relaxed resignation that will hopefully heal into some form of mutual understanding. After the Storm is undoubtedly one of Kore-eda’s best.

Hirokazu Kore-eda’s After the Storm is released in UK cinemas on 2 June.