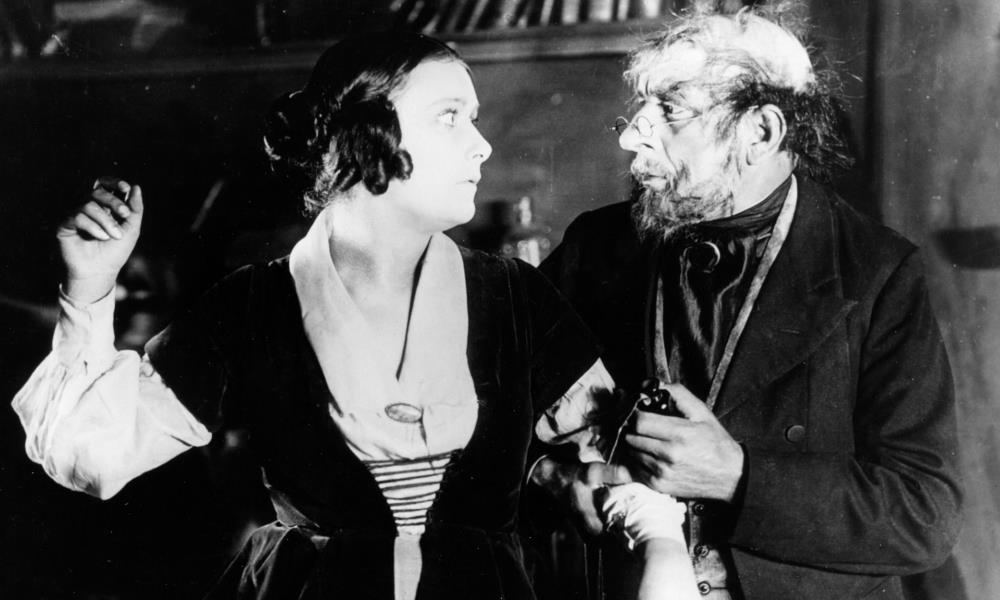 The English title of Fritz Lang’s 1921 Der Müde Tod, or Destiny, may well be snappier, but the literal translation – The Weary Death – is surely the more poignant. Overshadowed by the director’s finest work, Der Müde Tod is minor Lang, but deserving of this restoration.

Der Müde Tod opens with a strange man (Bernhard Goetzke) arriving in a German village, claiming he is a weary traveller wishing to buy a plot of land to grow a garden. If his black garb, sunken eyes and solemn demeanour don’t clue you into his identity, then his “garden” with its graveyard location, surely will. Prefiguring Ingmar Bergman’s The Seventh Seal, Death is no villain but rather a weary servant of God. After Death takes a young man’s life (Walter Janssen), his fiance finds her way into his walled garden and pleads with him to restore her lover’s life.

The garden is a vast chamber of lit candles, each one representing an individual’s life. Compared to Lang’s visual epics, Der Müde Tod sometimes a little drab, but Death’s garden is stunning, a symbolical depiction of mortality that is at once sombre, lonely, and without malice. Indeed, the image of Death mirthlessly taking a baby’s soul from the candle’s frame, juxtaposed with the grief of its mother, is at once technically brilliant, visually beautiful and deeply moving, not least because the act brings Death no pleasure.

As he is often wont to do, Death makes a deal with the young woman: if she can save just one of the three candles he gives her from going out, he will restore her fiance’s life. She agrees, and so the middle portion of the film functions as three unconnected vignettes, depicting the lives that the candles represent. Sadly, this is Der Müde Tod’s weakest portion. Though each of the stories has a satisfyingly fairytale quality to them, their love stories are rote and predictable. There are some really quite brilliant Méliè-esque special effects, particularly a magic trick featuring dozens of tiny soldiers, and the set and costume designs are often gorgeous.

There’s nothing to rival the poignant imagery of the main narrative, and the vignettes’ global settings inevitably bring with them some uncomfortable racial stereotypes. Nevertheless, an overlong mid section doesn’t detract from the overall effect of the film’s grim meditations. Der Müde Tod’s final act is a classically Lang ending – frantic, dramatic and stirringly humane, a poignant cap to a moving portrayal of grief, devotion, and death’s bittersweet inevitability.