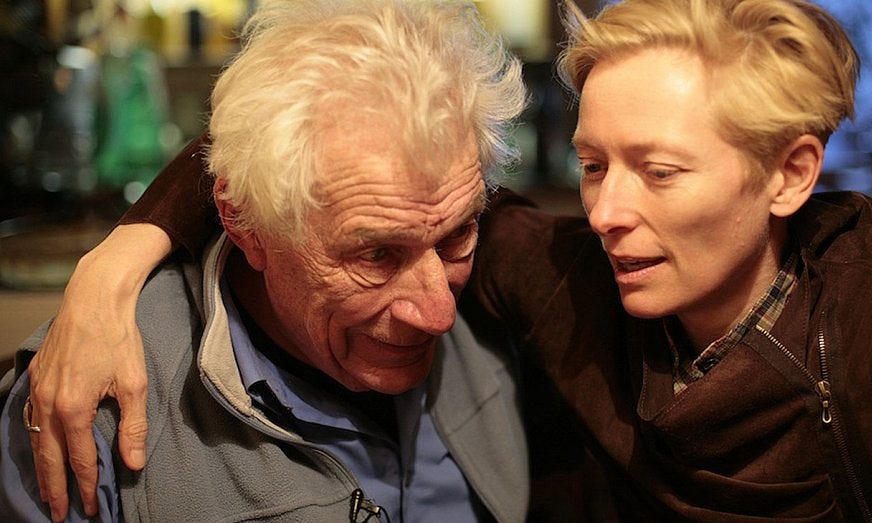 The late art critic and writer John Berger and actress Tilda Swinton share the same birthday: 5 November. They also share the experience of growing up with fathers wounded in war: Berger’s psychologically and Swinton’s with the loss of a leg.

The opening film of this quartet of shorts which make up The Seasons in Quincy features Swinton – co-director along with Bartek Dziadosz, Colin MacCabe and Christopher Roth – chatting to Berger while making an apple crumble. Outside it is winter in the Swiss village in which Berger settled “to connect to peasants” for forty years. Of course, chat is too small a word for the kind of gems Berger seems to effortlessly strew throughout the conversation and yet this has the ease of chat. There is a loveliness in Swinton’s bright-eyed enthusiasm and her reading of Berger’s poem is a highlight. She also observes an essential attribute of the critic: the way he listens, hunching forward, his face alive to everything being said, full of active and engaged sympathy.

The other portraits loosely follow seasonal change and also change in lives as bereavements occur both to Berger personally as he loses his wife, Beverly Bancroft, between one film and another and the crew themselves. Meanwhile, Berger’s ideas are explored: his attitude to animals, his politics and ultimately the rhythm of living in his village, a part of and apart from the land. Throughout, a potential, although perhaps unconscious, irony is detectable. So for instance the politics chapter involves for the large part a talking session in which Berger along with Christopher Roth, Colin MacCabe, Akshi Singh and Ben Lerner sit in a circle and agree with each other about everything. Berger asserts that politics cannot be reflected anymore in prose but only in song. We wait for the Grime tunes to start but the discussion is interlaced instead with old workers’ songs redolent of a Marxist nostalgia. This cozy tête-à-tête lacks the fundamental tabasco of political discourse: disagreement.

Likewise, visually: even as the old ways of the peasants are lauded, the filmmakers capture the idyllic alpine scene with a drone shot. Other visual inventiveness seems to hark back to the French New Wave and so to the radically familiar. The Seasons in Quincy is most compelling when we and it listens to Berger or captures him listening to someone else. Berger once wrote that separation is the essential ingredient of autobiography, calling it an orphan form. Here, the biography by several hands places Berger in a community of the like-minded as well as his adopted home and ultimately family – not only his family but that of Swinton and his readers as well. This warmth understanding and affection shines throughout the film, making it a fitting tribute to this unique voice and presence, now sadly gone.