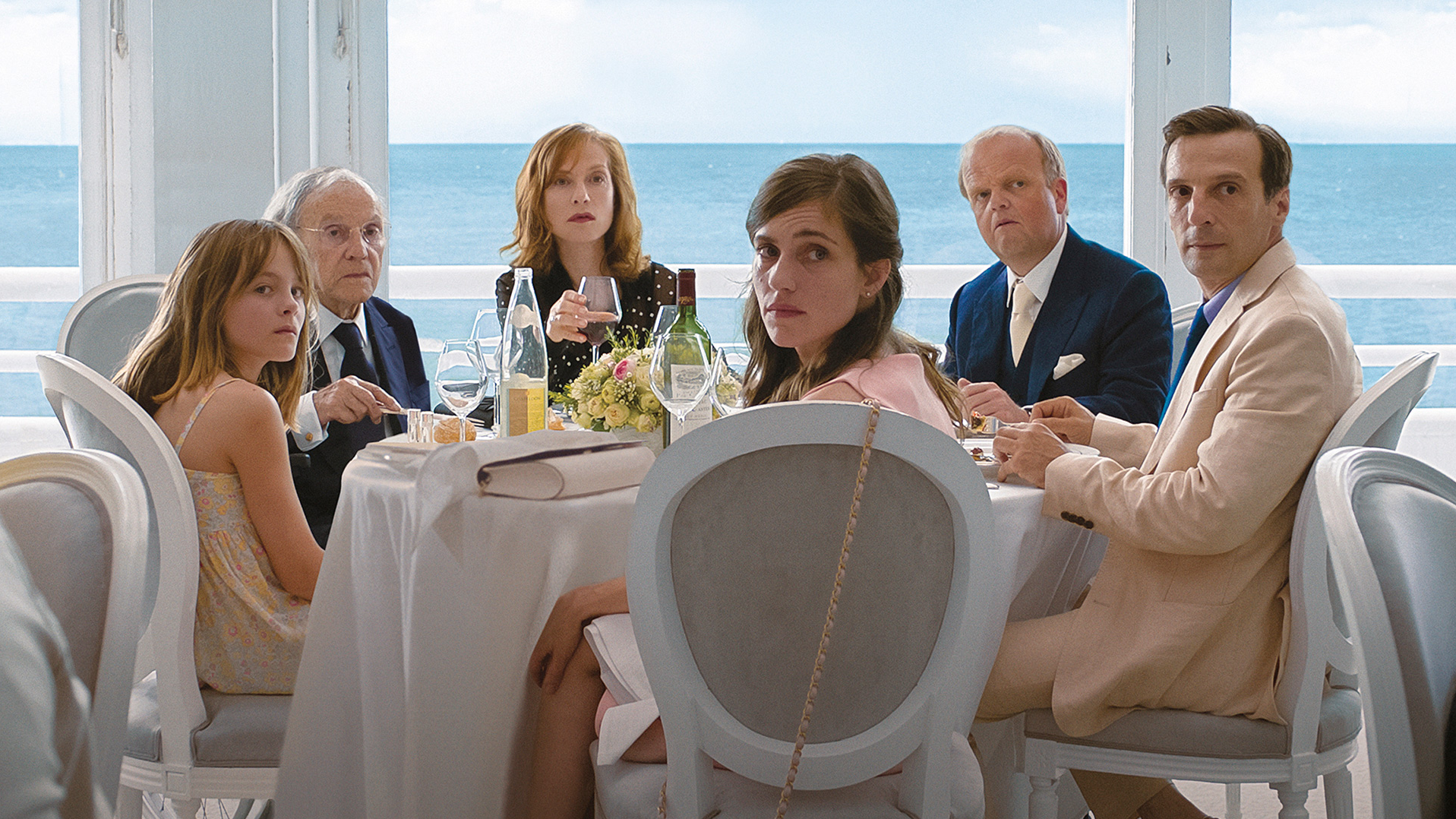 The Karlovy Vary International Film Festival returned for its 52nd year from 30 June-8 July. The beautiful spa town on the edge of the Slavkov forest in Western Bohemia played host to A-list stars and directors from around the world. As ever, showcased were some titles from this year’s Cannes Film Festival as well as the latest delights from Eastern Europe. CineVue was in attendance for the second year, and we’ve run down ten of our favourite films that played at the festival.

A Ghost Story
Straight off the back of his Disney behemoth Pete’s Dragon, David Lowery dove straight into this beguiling slow cinema indie. Minimalist in construction, it’s a tale of emotional attachment and grief starring Rooney Mara and Casey Affleck. Arguably it’s central figure is the ghost that comes to reside in their Texas bungalow. It’s a childlike construction of a white blanket and crudely cut eye holes that chimes with the nostalgic longing that follows a tragedy. Lowery was inspired by Tsai Ming-liang and Apichatpong Weerasethakul and their influence has helped him create something quite haunting.

Centaur
Mythology, tradition, religion and modernisation all clash in Aryn Kubat’s quietly devastating Centaur. The action takes place in a rural community in Kyrgyzstan in which someone has been stealing thoroughbred racehorses and riding them through the countryside. The culprit, Centaur (played by Kubat himself) is a conflicted criminal. A gentle soul, distressed at his society’s willingness to forget their cultural roots – though equally frustrated that the cinema in which he used to work as projectionist has been converted into a mosque. Individuals and ideologies clash in a gentle and surprisingly moving drama.

Happy End
Much in the same way that Michael Haneke’s Funny Games was poking fun with its title, so too is his latest, Happy End. An acerbic satire on the French bourgeoisie, it revolves around the well-to-do but variously dysfunctional Laurent family that includes Isabelle Huppert, Jean-Louis Trintignant, and Mathieu Kassowitz. Added to the mix are a rebellious son, a teenage daughter who – we understand from a stream of live Instagram videos that start the film – has recently poisoned her mother. As in previous film’s Haneke brilliant engages with new forms of recording and communicating – a sordid email exchange a particular, excruciating highlight.

Little Crusader
An adaptation of a epic poem by Jaroslav Vrchlicky, Vaclav Kadrnka’s sophomore feature is a minimalist medieval road movie. Set against the backdrop of the Children’s Crusade, a knight (played by hugely popular Czech actor Karel Roden) goes in search of his young son who has snuck out of their castle in the early morning to join the cause. Often glacially paced, and lately devoid of contemporary social or political allegory, it is a film about a father’s spiritual – and, increasingly, psychological – journey to find his progeny. Beautifully shot by Jan Baset Stritezsky, it’s a lyrical fable.

More
The refugee crisis is tackled head on in Onur Saylak’s debut feature, More. Set in Turkey, it follows a father and son team of refugee traffickers as good ol’ dad tries to convince his teenage boy to reject an education in favour of continuing the murky family business. Conventional in approach but unsettling in its prognostications, it blends a quietly uplifting coming-of-age drama with a dark descent into moral decrepitude. Though the protagonists are the traffickers, it also takes pains to highlight the hardship and sacrifice of its underground refugees. There’s a bit of an emotional leap made in the final reel, but its boldly bleak vision is terrifying enough to power through and misgivings.

November
It would be possibly to describe Rainer Sarnet’s November as what would happen if Terry Gilliam asking Jan Svankmajer to help him remake Aleksey German’s Hard to Be a God. Set in a similarly grubby and corruptly fantastical medieval Europe – this time in Estonia – it is a blackly gothic monochrome fairytale. At is heart is a tragic love triangle, but equally absurd wonder awaits in the form of bizarre stop-motion slave demons made of discarded farm tools, an yearly visit from the spirits of departed relatives, werewolves stalking the woods, and the promise of long lost treasure. A cast of weird and wonderful characters make for a scabrous and silly satire.

Somniloquies
For several years now Harvard’s Sensory Ethnography Laboratory – and particularly filmmakers Verena Paravel and Lucien Castaing-Taylor – have been purveyors of some of the most interesting experimental documentaries. Their newest collaboration, Somniloquies, is another unique film – a exploration of the famous sleep-talker Dion McGregor. His nightly ramblings were recorded by a roommate during the 1960s and 70s and their set here to blurred, close up images of naked bodies asleep. Combined with these visuals, the humour and disquieting recordings become an exploration of the intimacy and exposure of being asleep.

Spoor
Agnieszka Holland’s new film, which premiered at the Berlin Film Festival, is an unusual beast. A bit like Fargo, but set on the Czech/Polish border, it’s about a rural community full of quirky oddballs and a slowly unraveling kind-of-murder-mystery laced with a liberal dose of animal rights activism. Its messy but gripping story follows animal lover Duszejko (a winning Agnieszka Mandat-Grabka) whose two beloved dogs go missing one day. Soon, the bloodthirsty local hunters being to perish one by one in suspicious circumstances. Mystery, myth, and militancy and urged on by Antoni Lazarkiewicz’s propulsive score.

Woman and the Glacier
At the base of the Tuiuksu Glacier in the Tian Shan mountains in Kazakhstan stands a small, isolated scientific outpost. Audrius Stonys’ contemplative documentary, explores the local environs, ecological developments, and Lithuanian scientist Ausra Revutaite, who has lived in this remote locale alone for decades. Well, alone except for a dog and cat duo that make for the film’s more light-hearted moments. Otherwise, Stonys devotes the film to seeing the beauty and wonder in the solitude that Revutaite has loved so much, capturing incredible footage of the vast and changing landscape. Every so often the action cuts to a man playing traditional music, like a distant echo from the everyday world far below.

World Without End (No Reported Incidents)
Southend-on-Sea, Leigh-on-Sea, and Canvey Island might not seem the obvious subjects for a documentary, but Jem Cohen’s World Without End (No Reported Incidents) is an evocative ode to these liminal locales. Patient observation of suburban and beachfront geography is interspersed with ranging conversation with inhabitants. From a milliner who gives insights into class via the curious origins of recognisable hat designs, to the manager of pub rock band Dr. Feelgood describing the tidal force that drives on the people of the area to greatness.