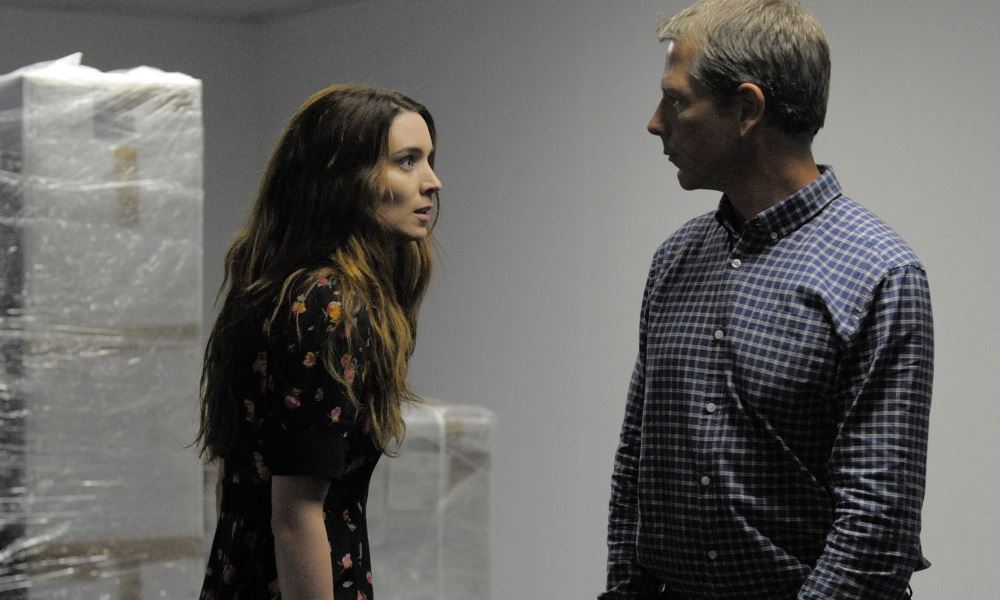 Adapted from the stage play Blackbird, Benedict Andrews’ debut feature tells the story of Una (Rooney Mara), a 28-year-old woman who was sexually abused by her neighbour, Ray (Ben Mendelsohn), when she was 13. Now an adult, she tracks Ray down to confront him.

Una’s screenwriter, David Harrower (who also wrote the play), said of his work that he didn’t want to simply point out that child abuse is wrong – such a statement is too self-evident to have any value. Rather, Harrower’s script delves into the moral grey areas of guilt, desire and trauma by creating a relationship that is unforgivably abusive but also complex and nuanced. In that sense, Una is a triumph – a mature, profoundly discomfiting meditation that invites you into Una and Ray’s world without ever forgetting the darkness therein.

Successful, too, is Andrews’ adaptation of the stage play, expanding Harrower’s two-hander into a wider, more cinematic world. Riz Ahmed fleshes out the cast with his mercifully sympathetic factory worker Scott, but it’s Ruby Stokes’ teenage Una who truly stands out, channelling a more-vulnerable, cocky-with-youth Rooney Mara. Andrews’ background is in theatre, but his use of flashbacks, deployed as unreliable memory rather than objective accounts, are purely cinematic, rounded out by Jed Kurzel’s reflective, mournful score.

Thimios Bakatakis’ cinematography juxtaposes the flashbacks’ budding greenery of back gardens and playgrounds with the harsh lighting and cold surfaces of the present’s factory setting. And like the environment, Una has been hardened in the years between her abuse and Ray’s release from jail. As an adult we first see her in a darkened club, apparently alone, before she has anonymous sex (literally – we never see her partner’s face) against the mirror of the club toilet.

Later, when Una confronts Ray, it becomes clear that it’s not revenge she’s after, but closure. Closure for the abuse, but closure, too, for his having left her after an abortive attempt to run away together, still stuck in the moment of a teenage girl thinking that she is in love. Una’s ambivalence over her own abuse is upsetting, but rather than attempting to condemn the relationship from the outside, the film merely allows the complexity of Una’s trauma to speak for itself.

Ray, too, is stuck in that moment but, living in denial, is unable to confront his inner demons. Asserting repeatedly “I’m not one of those sick bastards”, he knows deep down that he is an abuser. Yet he still fails to recognise ultimately what was wrong with his actions. Una is undoubtedly a difficult watch, and its moral ambivalence may be beyond the pale for some. But the sensitivity with which it treats its subjects and the nuance that the film brings to the most incendiary of debates is admirable.