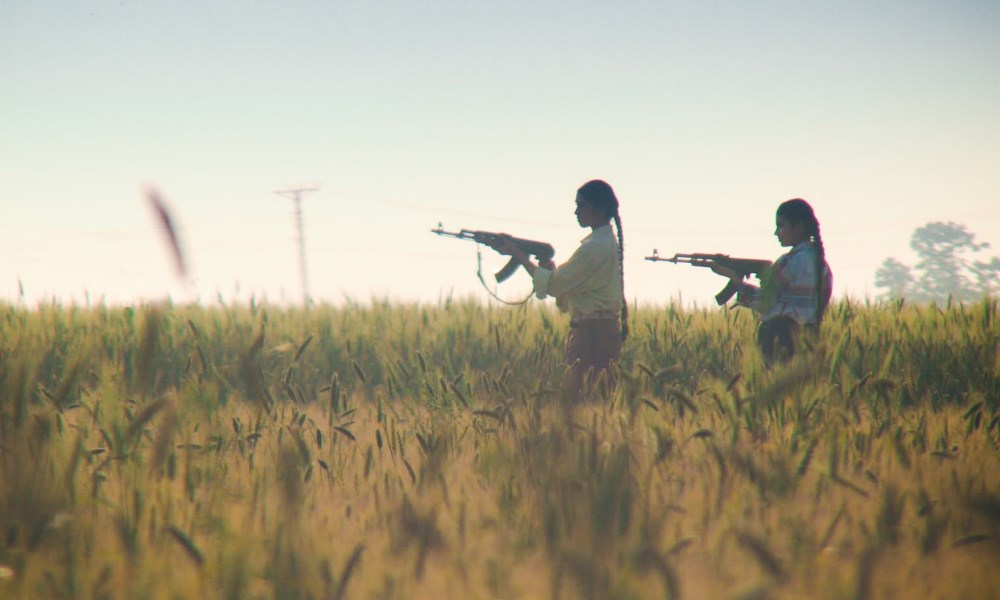 Offering a rarely-seen perspective on Pakistan – particularly in the West – Sarmad Masud’s My Pure Land could be described as a ‘feminist western’, but it is richer and deeper, both politically and psychologically, than the genre usually allows.

Based on a true story, teenager Nazo Dharejo (Suhaee Abro), alongside her mother Waderi Jamzadi, and her sister, defend her home after a bitter family feud between her father Khuda Baksh ‘Baba’ (Syed Tanveer Hussain) and uncle Mehrban. After Baba is incarcerated in prison, due to corrupt police officers and a likely bribe by Mehrban, a local militia – over two hundred armed bandits – are hired by Mehrban to surround the family home. His aim: to take it for himself, because he believes he is the rightful owner of the land.

Armed with just a couple of guns and a handful of bullets, Nazo and her remaining family fight to keep control of their home, their resistance backed up by honour, pride, and a drive to survive. It seems impossible for them to protect the property, even after they shoot dead two members of the militia: they are massively outnumbered and with hundreds of armed men on the perimeter of the house, they have nowhere to go. But somehow, they manage to hold on, and the stand off between the women and the militiamen at the end of the film is high tension indeed.

What makes this film so gripping is the female defiance. Switching timelines between present day and the past, we see how the young women of the household have been taught by their parents to have self belief, even in rural, poor, Pakistan, where to be a woman is to be considered less worthy than a man. There are still some parts of Pakistan where girls are killed at birth, where they are not allowed to leave their house alone, or go to school, or choose who they marry, and yet here are strong, brave young Pakistani women dismantling all those oppressive and sexist conventions.

That this is a true story is even more impressive: not only did Nazo stand her ground and survive when faced with such poverty, misogyny and violence, but in defending her family home she managed to regain control of the land – a hugely powerful accomplishment given that land equals power in this society. We learn that real-life Nazo remains in the family home today, that her aims are to get children educated in her local area, and that women in the district are learning to be independent and question long-standing conventions. Nazo also joined a local political party with the aim of becoming a a non-corrupt political fighting against bandits. In My Pure Land, the lead roles aren’t just “strong female characters”: these are actual women who have fought real-life battles – and won.