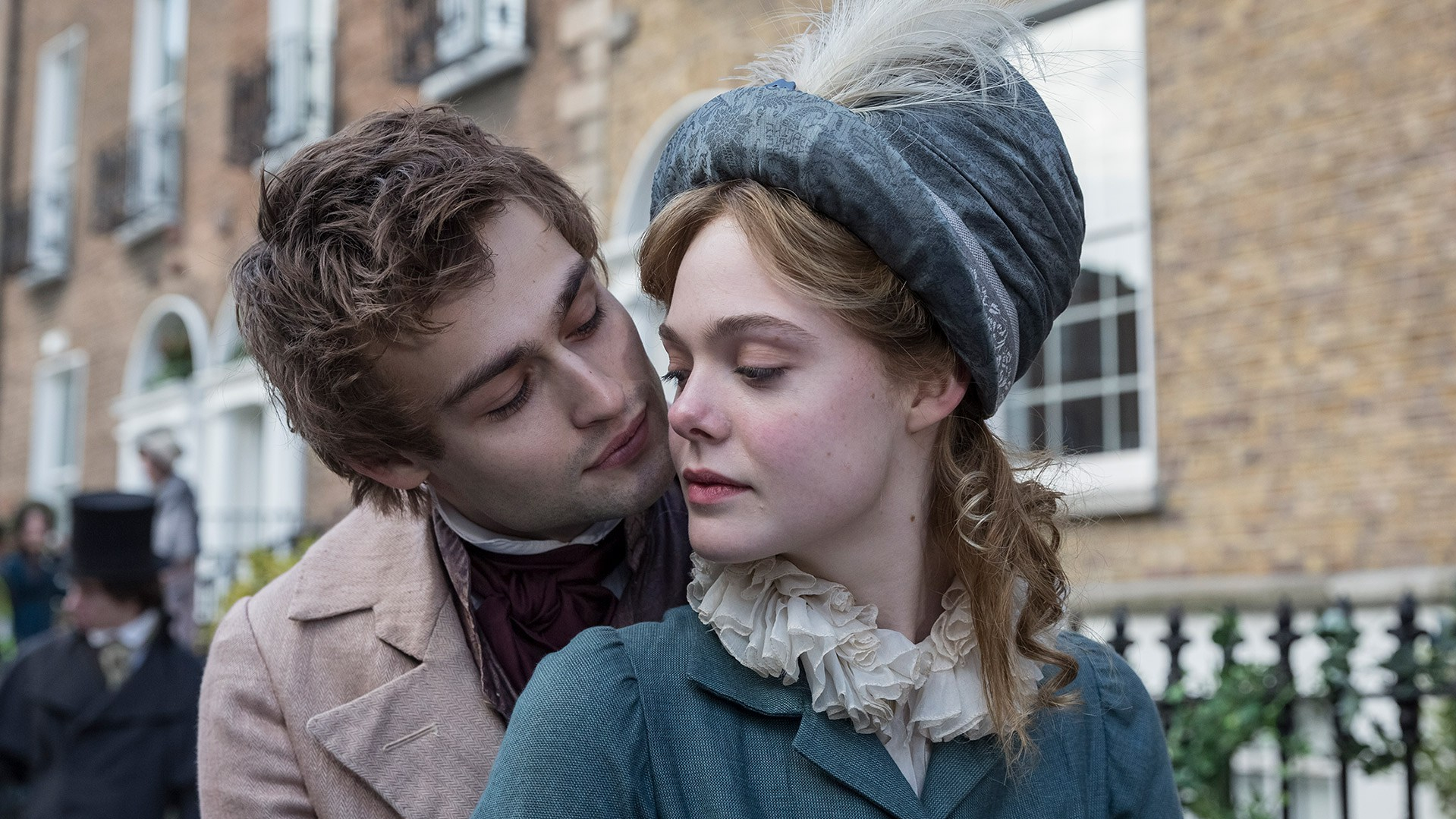 Mary Shelley was among the most important writers of the Romantic period, a time of intense political and social upheaval. But you wouldn’t know it based on this tepid biopic, which reduces the author of one of the most important gothic novels ever written to a simpering teen.

It’s 1814, London, and a 16-year-old Mary Wollstonecraft (Elle Fanning) is working in her father’s bookshop, but is more preoccupied with reading and emulating the gothic stories she loves. Her father is in mounting debt, and her shrewish stepmother (Joanne Froggatt) is growing increasingly impatient at Mary’s preference for flights of fancy over supporting the family business. Things get even more tense in the family when Mary meets the poet Percy Bysshe Shelley (Douglas Booth), who we’re told has radical politics, but whose cut-glass cheekbones are of more immediate interest to Mary.

We first meet Mary reading ghost stories in the graveyard before she runs home to the choral strains of a sub-Danny Elfman score that barely lets up with its incessant “aaah-aahhing” over the film’s two-hour running time. Mary Shelley is a film at relentless pains to tell us how poetic and ethereal its heroine is, but without remotely grasping the political and philosophical underpinnings of her work. In the first fifteen minutes, director Haaifa Al Mansour makes sure to thrust Mary’s father’s Enquiry Concerning Political Justice at the screen, but this Spark-notes tour of key texts evokes nothing of the intellectual crucible that gave rise to Wollstonecraft-Shelley’s famous novel.

Into the mix comes Percy, a gorgeous, narcissistic pin up with whom Mary becomes instantly infatuated. At least the film gets the poet’s narcissistic hedonism right, and later, that of his patron Lord Byron (Tom Sturridge, unique in appearing to have some fun with the material). But the chemistry between Mary and Shelley is insultingly reductive – here are two of the most formidable and revolutionary minds of modern thought, forged in the age of revolution, yet all they seem capable of is making gooey eyes at each other. Like a posturing teenager, the closest Percy comes to political passion is to show off to Mary by quoting atheist doctrine in a church.

As Saudi Arabia’s first female director, Al Mansour should be an inspired choice to direct a biopic about Wollstonecraft-Shelley, whose novel about a marginalised outsider was originally published anonymously to hide the author’s gender. So it’s a double shame that such a rich story should be given such surface-level treatment, and its heroine reduced to a two-dimensional shade mouthing vacuous pseudo-feminist platitudes.