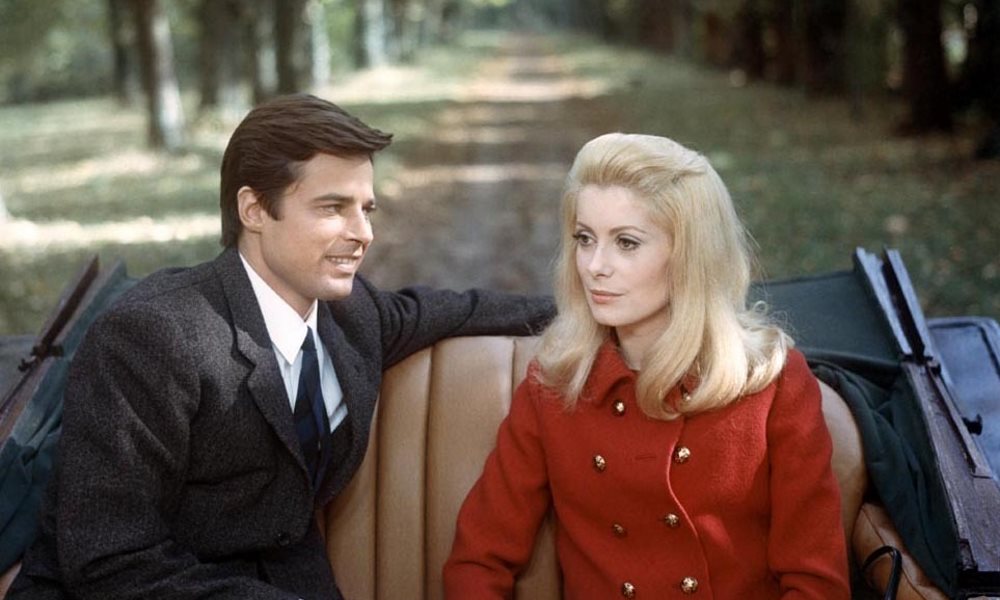 Séverine (Catherine Deneuve), is rich, beautiful and bored. A devoted wife to Pierre (Jean Sorel), she has lost interest in him physically, retreating to her recurring sado-masochistic fantasies. Séverine does not wish to be unfaithful to Pierre – when his friend Henri (Michel Piccoli) makes a pass at her she rejects him – but on hearing about a high class brothel, her frustrated curiosity gets the better of her and Séverine goes to check out the place.

One might expect a film brimming with kink to reflect fetishism in its visuals, yet it is the imagery of domesticity that pervades. Pastel pinks and whites form the colour scheme, the leather and whips of stereotypical kinky fantasies give way to soft furnishings and imaginary carriage rides through country parks. Yet Severine’s fantasies are anything but demure, challenging the simplistic binary between feminine domesticity and sexuality. Indeed, Belle de Jour depicts domesticity as merely another form of fetishism – suggested by Henri’s queasy remark, on discovering Séverine at the brothel, that he was only attracted to her when she was respectable and chaste.

Cinematographer Sacha Vierny’s camera hangs on Séverine’s every movement, her body clad alternately in stylish coats and high-class lingerie. Yet in the act of sex itself, the camera turns away, leaving the viewer none the wiser as to what strange acts she and her partner are engaged in. This absence invites the viewer’s imaginations to engage in fantasies that invariably mirror Severine’s. Crucially, Belle de Jour never passes judgement on Séverine’s activities – Buñuel’s aim is neither titillation nor moralistic revulsion. Rather, the film satirises the hypocrisy of bourgeois respectability through Séverine’s repressed sexuality, a fetish that exposes the lie between chaste respectability and fetishistic sexual desire.