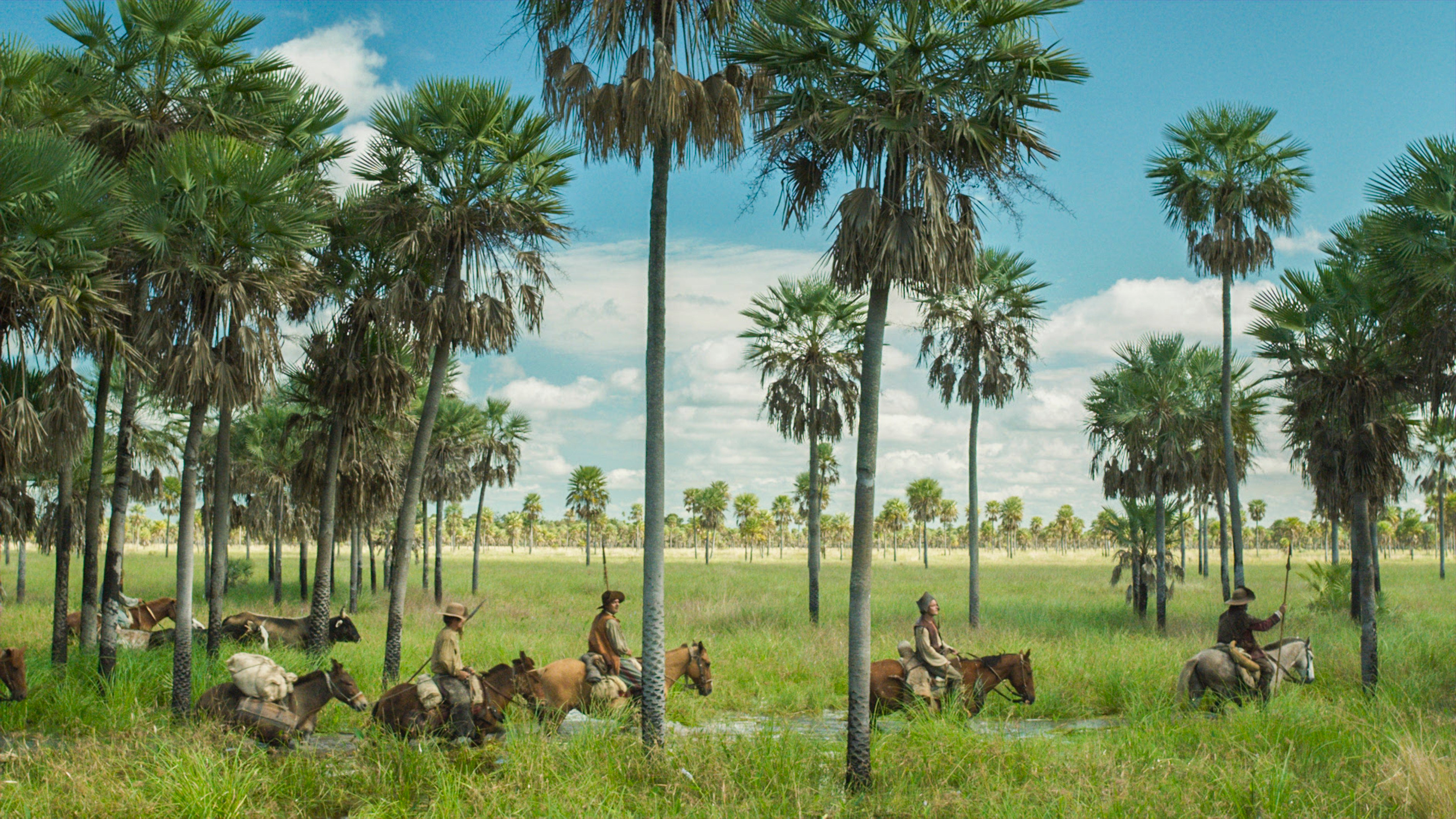 Based on Antonio di Benedetto’s 1956 novel, Lucrecia Martel’s Zama is a beguiling, haunting, comic indictment of the ills of colonialism. Centred on the existential woes of a lowly magistrate, it examines the crushing stasis and ultimate evil of empire.

An allegorical reckoning of perpetual struggle, recounted to the eponymous Don Diego de Zama (Daniel Giménez Cacho) in the film’s opening moments, tells of a fish that cannot stay in deep water but is not capable of living on dry land. Caught forever between opposing forces, over which it has no control, this desperate metaphor will hereafter be reflected in the pencil-pushing Zama’s quest to escape the futility of his posting to Asunción as magistrate of the remote Spanish colony. The great Paraguay river runs by the city, bringing with it much-needed trade as well as the means of escape to Buenos Aires he so desires – a transfer which the King of Spain must approve.

It also offers Zama, a lonely, buffoonish and largely impotent figure whose wife and children are absent from his isolated posting, the opportunity to spy upon women who bathe themselves in the mud of its banks. “Voyeur!” they cry at his childish peeping; we laugh at his stumbling, awkward attempt to flee unnoticed but balk at the vicious slap he doles out to a lady who confronts him. In a matter of seconds, the duality of Zama – and indeed its protagonist – rears its ugly head. The occupying, domineering forces are laughable, weak and aware of their own failings but nonetheless hold status and power over the peoples they have subjugated, ruling with a limp but iron fist. And therein lies the ultimate conflict of Martel’s film.

This unspoken inadequacy, brutish entitlement, lack of fulfillment, direction or purpose manifests in acts of shocking violence: mute servant Malema (Mariana Nunes), whose feet were skinned after an attempt to flee her former captors; the hideous hypocrisy of a family descended from the first Spanish colonisers who made an example of their charges by murdering them all then demanding “a concession of Indians” to continue their work; an entire community of blinded souls whose nomadic existence forces them to migrate by cover of darkness – the latter a sequence of chilling, moonlit beauty and horror. Continual repetitions of lines, as if to underline their useless existence in this far flung and largely forgotten outpost, shows that the non-native south Americans are merely searching for something to do, anything to do to justify being there.

The importance given to an inventory of furniture as one governor replaces another, and the need for pointless reports on a book – whose contents are not made clear – by Zama’s scribe Fernandez (Nahuel Cano) ties in to the morbid humour that casts its rather demonic spell over the seriousness of this narrative. The appearance of a llama in the background of one ostensibly important meeting between Zama and potential liberation is an exemplar of the delightful oddity Martel has crafted here; one man’s limp frustration played out as a microcosm of a New World of stagnant, savage and insane opportunity and oppression.