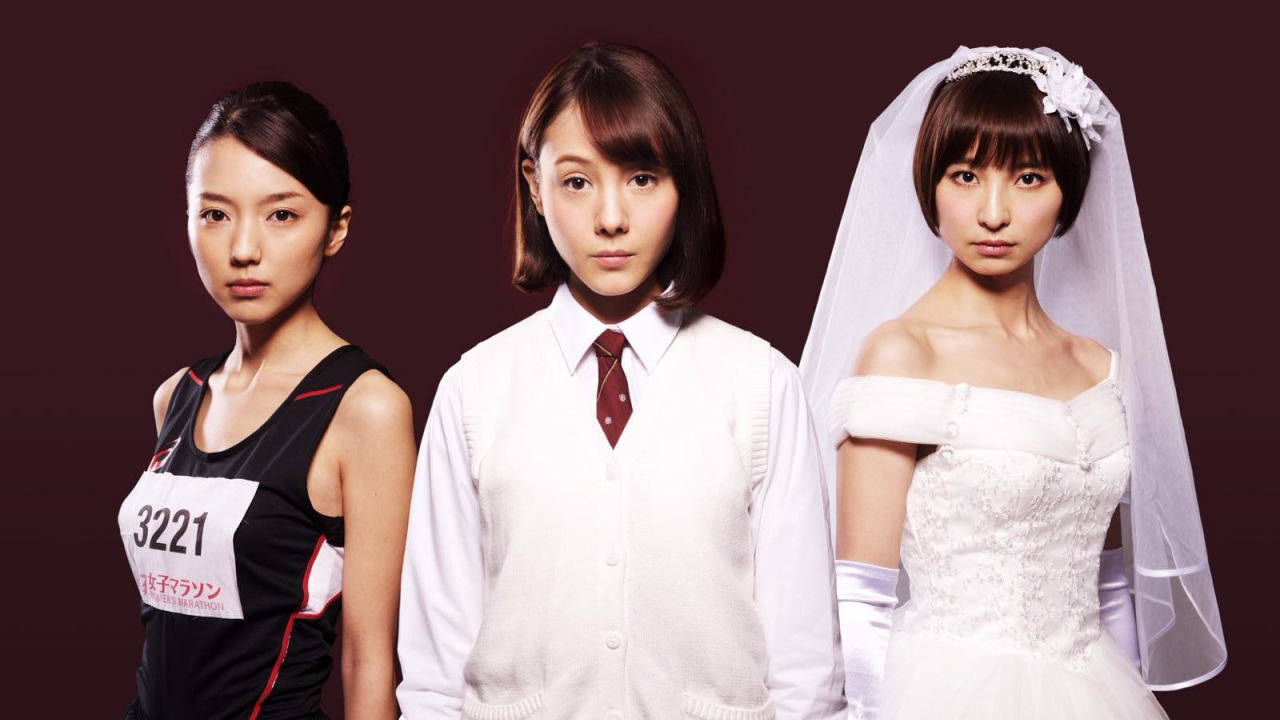 Mitsuko (Reina Triendl) is on a school bus with her friends when an invisible force rips off the top of the bus, severing all but Mitsuko in half. Running away in terror, she suddenly finds herself dressed in a different school uniform and with an unfamiliar group of friends. From there, things become increasingly weird.

Directed by the prolific Sion Sono, Tag is a riotous, baffling mess that succeeds at being entertaining by continually leaning into its own madness. Its opening sequence wastes no time in deploying schlocky gore, with bodies flying and cheesy CGI blood splattering the roadside. It might be cheap, but the sheer cartoonish audacity of the sequence is almost worth the price of admission alone.

Tag’s dream-like structure is such that Mitsuko finds herself in a seemingly mundane scenario, until a massacre takes place, everyone is killed and she finds herself in a new scenario. The vaguely-supernatural premise wouldn’t feel out of place in an episode of Buffy the Vampire Slayer, with Sono effectively exploiting the mystery to propel the narrative onward in lieu of more conventional coherence. It’s hard to get attached to any of the frequently-splattered supporting characters but we are at least given a guide through the madness in the form of Aki (Yuki Sakurai), reappearing with Mitsuko to help her survive each new nightmare.

Tag falters when its structurally-repetitious scenarios fail to reveal clues about what is happening, instead relying on splatter to hold our attention. As a result, the hysterical impact of the violence gradually dulls, though a school massacre orchestrated by the teachers and the silly-horrifying bit where Mitsuko is forced to marry a pig monster are never less than entertaining. Tag takes a semi-successful stab at depth with a recurring motif of white feathers buffeted by wind offering a pretty if insubstantial metaphor for Matsuko’s tribulations with a fate she can’t control.

Much less successful is the eye-rolling representation of the schoolgirls, with Sono never missing an opportunity to have a gust of wind blowing up their skirts, or failing that, just filming them from a low angle. The weird fetishisation of Japanese schoolgirls is nothing new, especially in horror, but that’s no excuse here and offers nothing more than a base attempt at tacky, borderline troubling titilation.

Tag’s own confused narrative finally catches up with itself in the film’s closing moments, with a daft, somewhat tone-deaf attempt to explain its surreal journey spoiling rather than explaining the mystery. Nevertheless, while it lasts Tag offers bucket-loads of the sorts of japes beloved by gore hounds, while sustaining an intriguing narrative that trips up only in its final third.