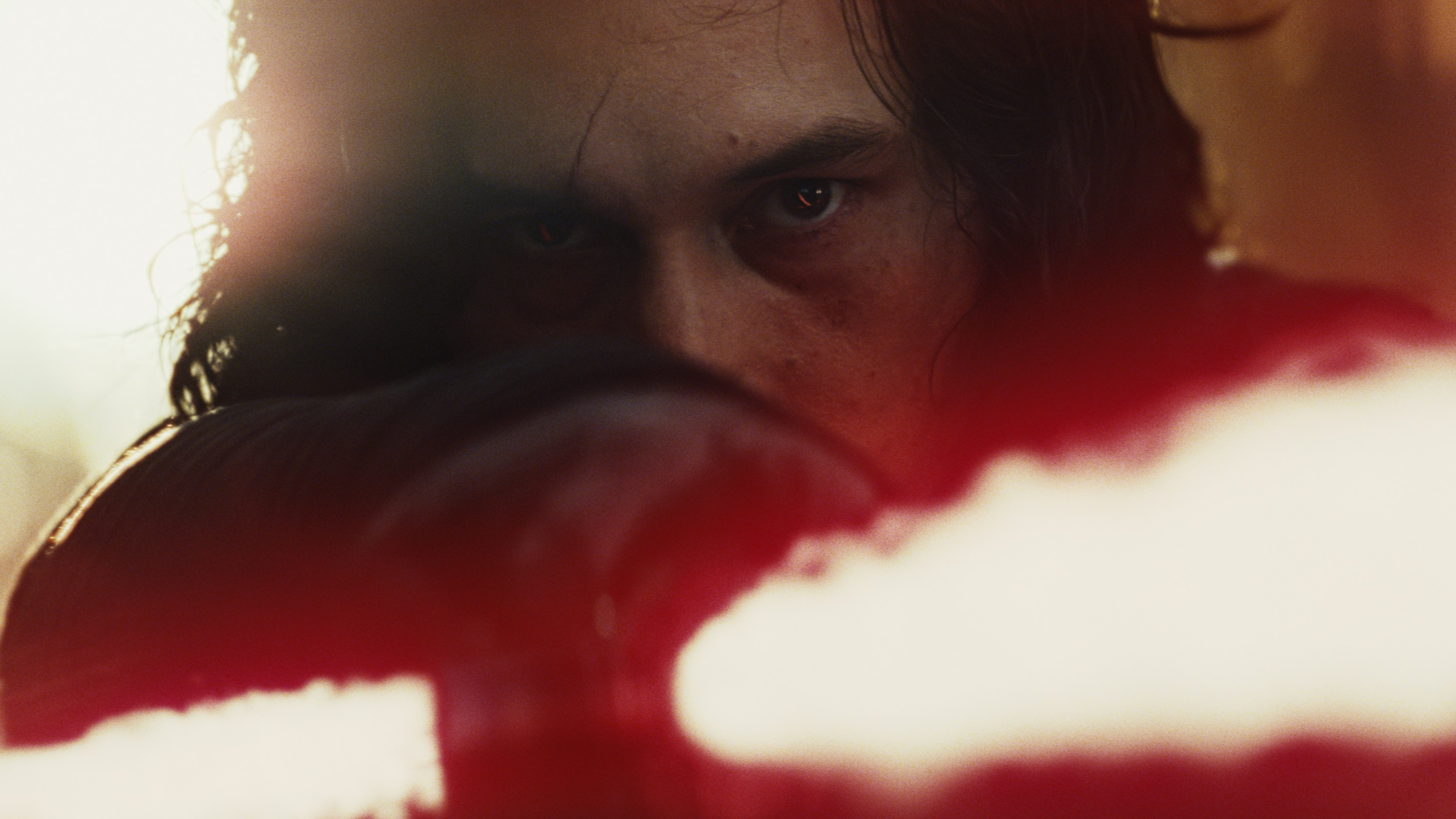 “This is not going to go the way you think.” Crabbily spat at his new apprentice, Mark Hamill’s line is a pithy summation of The Last Jedi, arguably the most original and surprising entry in the series to date. Rian Johnson’s film is the real deal: a bold, risky venture unafraid to tell its own story, freed from the weight of nostalgia and formula.

For the first time since The Empire Strikes Back, we have a Star Wars film that truly feels like it’s about something. Themes of legacy and forging one’s own path run deeply through Johnson’s film, and in the context of widespread inter-generational conflict, The Last Jedi is perhaps the most political space opera yet.

Being the middle-child of the new trilogy, comparisons to The Empire Strikes Back are all but inevitable. And both in tone and structure there are plenty of similarities. True to form, our heroes find themselves strewn across the galaxy – flyboy Poe Dameron (Oscar Isaac) and General Leia (Carrie Fisher) waging a desperate fight against the resurgent First Order, while Finn (John Boyega), fresh from a regenerative bacta bath, takes off on a secret mission with newcomer Rose (Kelly Marie Tran).

However, the meat of the story is with Rey. Picking up immediately after the ending of The Force Awakens, this portion of the story is where the real surprises lie. Undercutting the cathartic, somewhat portentous tone of the last film’s climax, Luke has gone full hermit, a cranky old man disconnected from the affairs of the galaxy. Where Obi-Wan and Yoda before him waited patiently for a new hope to reignite the Jedi order, Luke is all but ready to let the embers die. Hamill has expressed reservation at this direction of the onetime idealist Skywalker, but in truth, it’s arguably his finest screen performance and a movingly bittersweet portrayal of a man broken by failure.

Meanwhile, the conflict in Kylo Ren (Adam Driver) has been steadily building. Killing his father was supposed to consolidate Kylo’s passage to the dark side, yet it seems only to have stalled it. A moment hinted at in the trailers signifies yet more hesitation in the man-who-would-be-Vader. Driver, as with all the young cast, builds on his superb work in the previous instalment, giving us easily the most complex villain in the series. Obsessed with the legacy of Vader, his childish attempts at emulating the sith lord chime more with the bratty whining of Anakin Skywalker, yet the fight for the soul of Ben Solo is infinitely more compelling than the hamfisted conflict of the prequels.

Not everything in the film works: a few of the goofier comic moments fail to land and true to the legacy of Lucas there’s a fair amount of eye-wincing dialogue. More importantly, the second act bows under the weight of too many narrative strands; Finn’s away mission comes off as a bit superfluous, as does Laura Dern’s Vice Admiral Hold, and both Rose and the beloved Chewbacca (Joonas Suotamo) are sadly underwritten. In a trade-off that brings scope and complexity, Johnson has sacrificed narrative efficiency.

Nevertheless, this is bold, original filmmaking to be judged on its own merits rather than those of its forbears, with The Last Jedi confirming Rian Johnson’s status as a consummate filmmaker. J.J. Abrams has certainly got his work cut out for him with his upcoming Episode IX because The Last Jedi is on target to being the best Star Wars picture of this generation.