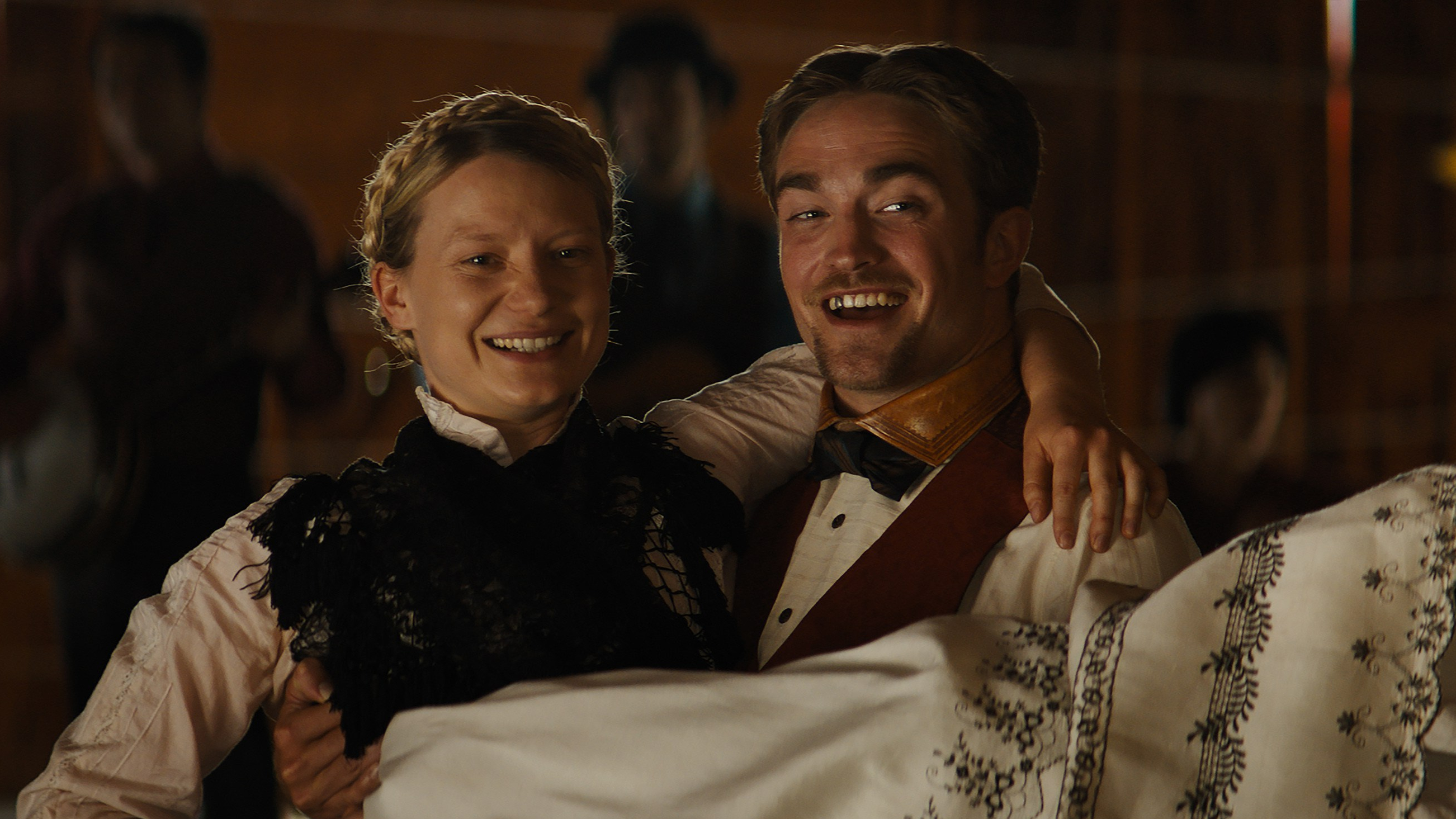 Following on from the critical admiration he received for his starring turn in The Safdie brothers’ Good Time, Robert Pattinson finds himself in front of another sibling duo’s camera in David and Nathan Zellner’s Damsel, an off-kilter western about misplaced love that whilst not without its pleasures, ultimately struggles to overcome its abundance of creaky contrivances and absurdities.

Samuel Alabaster (Pattinson) is a hopeless romantic; more greenhorn than gunslinger, but there’s a fire in this man’s belly sparked by the kidnapping of his one true love, Penelope (Mia Wasikowska). He sets of into the wild west accompanied by an alcoholic preacher (David Zellner) and a miniature pony named Butterscotch to reclaim his beau. However, Penelope might well be in distress, but this damsel doesn’t need saving, and Samuel’s initial plans to whisk her off her feet, and save her from the savage barbarian Anton Connell don’t quite go according to plan.

Post ‘Twilight’, Pattinson has become one of the most interesting actors of his generation, eschewing the fast track to A-list stardom and instead choosing to work with some of North America’s most interesting directors, such as; James Gray, David Cronenberg and now the Zellner brothers from Austin, who proved in 2014 that the world was still ready to embraces idiosyncratic films made on a shoestring budget after their previous work Kumiko the Treasure Hunter – a thoroughly oddball piece of Fargo marginalia – wooed critics and audiences alike.

Here, Pattinson shows that he’s not afraid to make fun of himself, and we first witness his silver toothed, gormless smile during a hilariously kitsch line dancing number at the beginning of the film. Not dissimilar to his turn in Good Time, he once again finds himself playing an entitled white man prone to gross errors of judgement. However, despite stealing the spotlight, it’s really David Zellner who carries Damsel. A likeable, if pathetic anti-hero, the co-director provides the glue that holds the two halves together after Samuel’s botched proposal to Penelope sees the film switch focus to it’s resilient heroine.

Sadly, Wasikowska is left with little more a handful of tough lines and hammy situations to chew on. More’s the pity, as she’s introduced like a force of nature, instantly subverting the cliché of the persecuted maiden in jeopardy, yet there’s the sense the Zellners wanted to make more of her character; something underlined by the film’s constant barbs towards male sexual entitlement. It’s not just the tropes of the western that the Zellners wish to overturn, but the very entitlement that leaves many men feeling like they have licence to treat women horribly without consequence.

Accomplished as the filmmaking is, on a certain level the directors’ good intentions fall flat, resulting in an often clever but fundamentally flimsy comedy. Jokes rattle off into the void with the accuracy of an old Winchester rifle and although this absurd frontier story is greatly enriched by the surrounding landscape, the Zellner’s distinct brand of humanism fails to prevent their self-consciously cool reorientation of the western from turning into anything more than a symphony of slapstick.