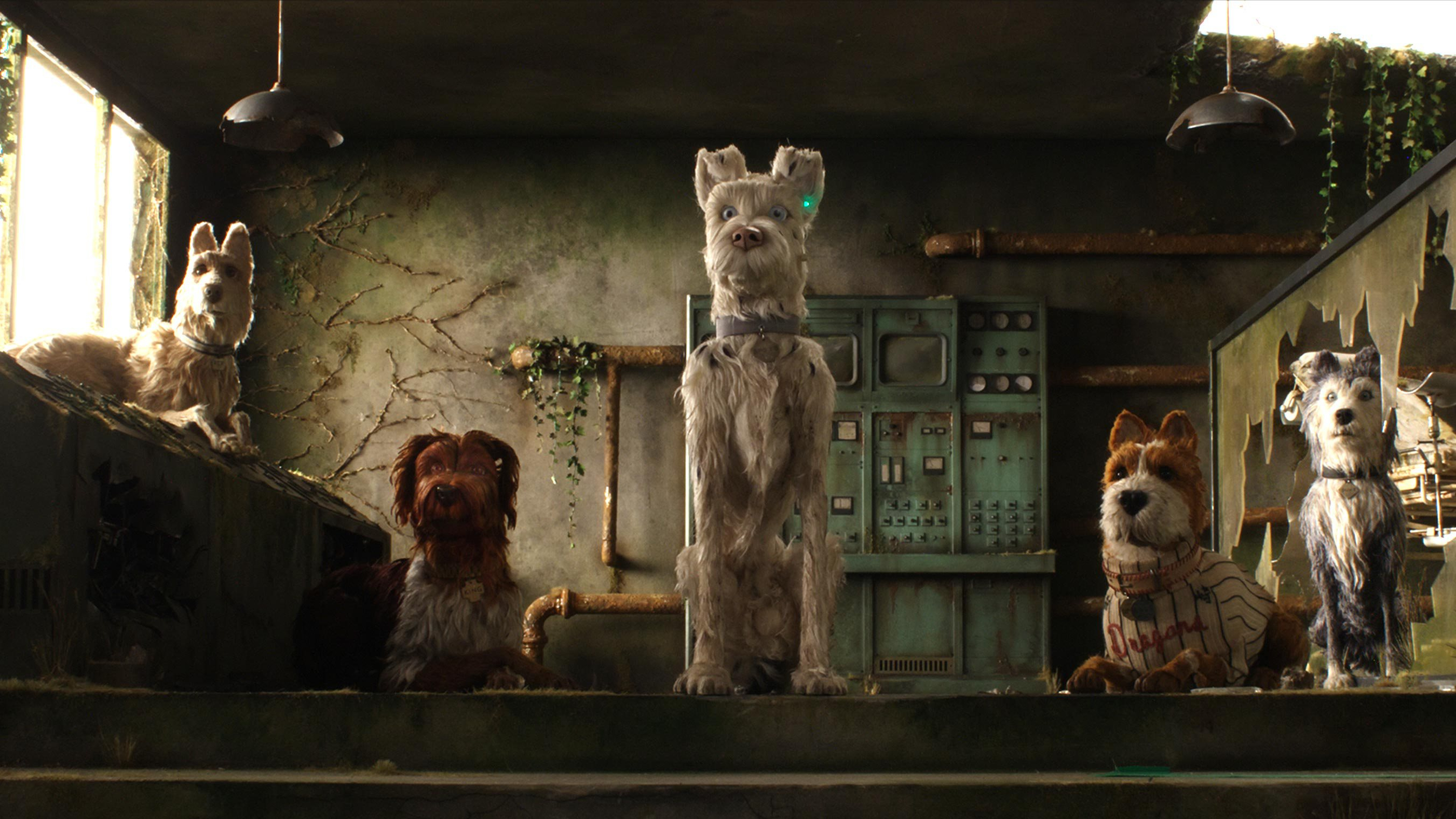 Whatever happened to the humble canine being ‘man’s best friend’? This is exactly the question Wes Anderson poses in his sci-fi dystopian adventure Isle of Dogs. It’s a film that serves as a passionate reminder to us all that dogs rule, while also being a typically endearing, eccentric and inventive tale from the American filmmaker.

The Texas native’s second stop-motion animation is, as any cinephile would expect, a work of art. The lively imagery is brilliantly accompanied by Alexandre Desplat’s Kodō drums-heavy score, which provides a thriller-like tension to the film’s quest narrative. The overall aesthetic effect achieved is salivating, a big juicy bone for the eyes and ears. The use of close-ups, too, cleverly achieves a breaking of the fourth wall, without ever having the characters directly addressing the audience. It is said that eyes are the windows to the soul, and there’s something emotionally piercing and vulnerable conveyed when Chief or any of the other characters are filmed in close-up. If the desire was to produce trembling lips in the audience and tears to form, then it’s mission firmly accomplished. The nakedness of the close-up gives us raw humanity; a remarkable achievement in plastercine.

Set in Japan in the near-future, the vibe is more Watership Down than Disney-Pixar, so little ones might find the thematic (and sometimes onscreen) brutality and occasional bit of gore upsetting. The director’s calling card is a kooky sensibility and charming quaintness, but Isle of Dogs verges on nightmarish, is surprisingly dark in places, and the closest Anderson has got to the horror genre. With its demagogic villain, germ warfare plot and death camp for household pets, it’s fair to say Isle of Dogs’ bleak qualities exist on an even keel with the funnier stuff.

When a dastardly mayor introduces a dog-free policy in the city of Megasaki all hounds are banished to Trash Island, a toxic waste disposal facility off the coast. To make a point, the mayor sends his adopted nephew’s best pal, Spots (voiced by Liev Schreiber) to certain doom on the radioactive prison. But Atari Kobayashi (Koyu Rankin) is having none of it, so builds a plane and flies to the rescue of his best pal. On the island, he meets Chief (Bryan Cranston), Rex (Edward Norton), Boss (Bill Murray) and Duke (Jeff Goldblum), who help heartbroken Atari search high and low for Spots.

The film is packed with laugh-out-loud moments, full of deadpan observations – a quintessential Anderson touch – and exciting sequences. For most of the runtime, Isle of Dogs is terrific, though it does run out of steam towards the end when the narrative strands have to be tied up – perhaps due to its busy and fast-paced storytelling. Anderson even deploys split-screen at times to get across all the information and simultaneous action in different locations.

Of the all-human voice cast, Cranston’s disobedient loner Chief and Norton’s sensible and compassionate Rex are the standouts. Tilda Swinton’s cameo, voicing a pug named Oracle, is another delightful highlight. She’s named so because she can understand humans and watches television, delivering warnings – and weather updates – to the plucky band of rescuers. The opening film of this year’s Berlinale, things have kicked off rather wonderfully.