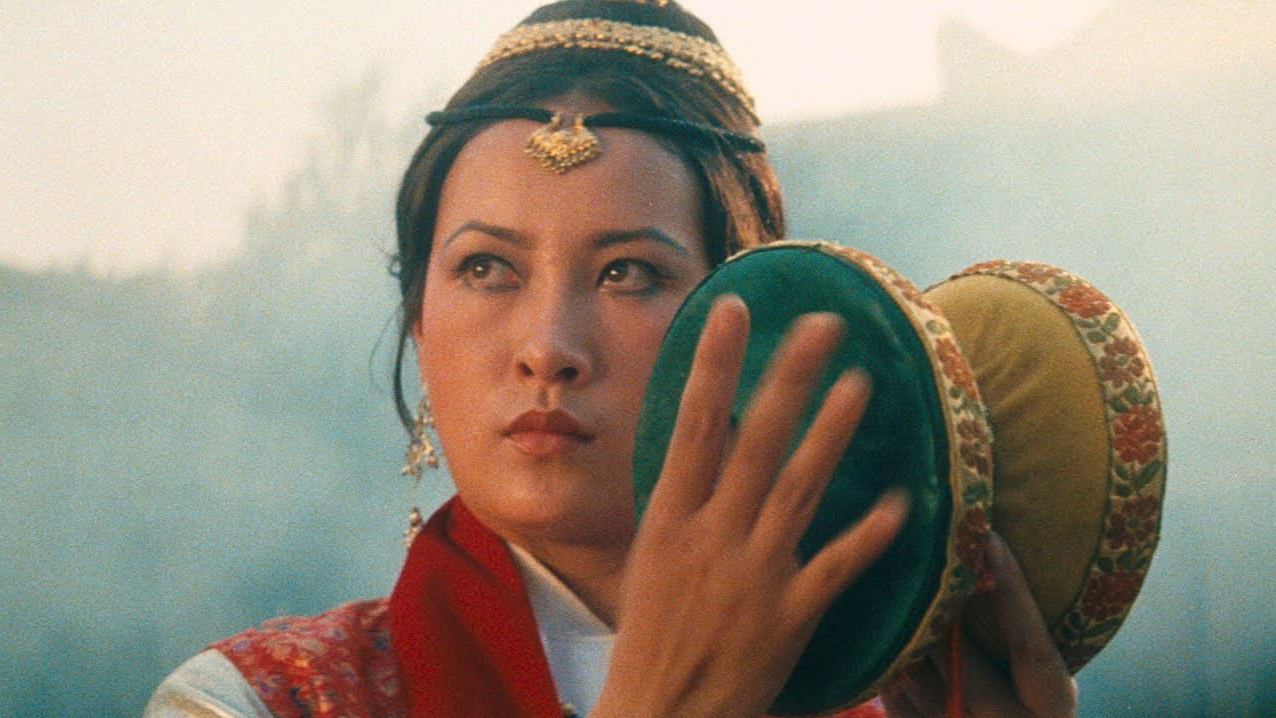 Chinese director King Hu was best known for his wuxia films – sword-based precursors to Hong Kong kung fu cinema. Yet Legend of the Mountain, a three-hour long metaphysical departure from sword play, is without doubt among his best films. Like his earlier masterpiece A Touch of Zen, Legend of the Mountain was butchered on release, only now restored to its original glory for this Eureka release. A 192-minute esoteric fairy tale is no doubt a hard sell, but the sheer cinema of Hu’s film makes the experience a breeze to watch, even at the narrative’s extremely leisurely pace.

Natural imagery abounds in the film – few scenes go by without lengthy montages of sunsets, animals, insects and lakes. Cinematographer Henry Chan’s surreal rendering of these images ensures they are never less than compellingly beautiful, masterfully edited to create a thematic texture that enriches the film’s narrative. Some metaphors are undoubtedly on the nose – a spider weaving a web to catch its prey is hardly subtle. But others, like the insects mating on blades of grass and birds flocking at dusk, images conjured by General Han’s otherworldly musicians – are less literally legible, thus adopting a metaphysical quality that can only properly be expressed on-screen. Indeed, in the film’s final act, a series flashbacks are literally told through a magical screen, an explicit nod to cinema’s magical capacity bend the fabric of space and time.

Despite its metaphysical underpinnings, Legend of the Mountain is neither a dry intellectual exercise nor impenetrable arthouse obscura. Rooted in genre, Hu’s film is as thrilling as any number of kung fu action flicks, even if nary a punch is thrown throughout its running time. A sequence where the nefarious Melody fights the Lama (Ng Ming Tsui) using only magic drums is made thrilling through frantic, dizzying editing, and the climactic battle sees not a single punch thrown yet is as tense as anything in the oeuvre of Bruce Lee.

Although Legend of the Mountain has been largely forgotten in the west, its influence on western cinema should not be underestimated. As with any genre cinema of the 1970s, Tarantino has invariably pilfered from the film. Yet as film historian David Cairns notes in his video essay, Hu’s florid nature imagery is echoed in Rian Johnson’s depiction of the Force in Star Wars: The Last Jedi. Certainly, Legend’s magical fights certainly pre-figure the climactic lightsaber duel of Johnson’s film.

For aficionados of Eastern cinema, it’s difficult to overstate Legend of The Mountain’s appeal, yet even for audiences unfamiliar with its philosophical and aesthetic underpinnings, Hu’s film is a wonderful journey into the fantastical. For lovers of cinema, Legend of The Mountain is as pure an experience as they come.