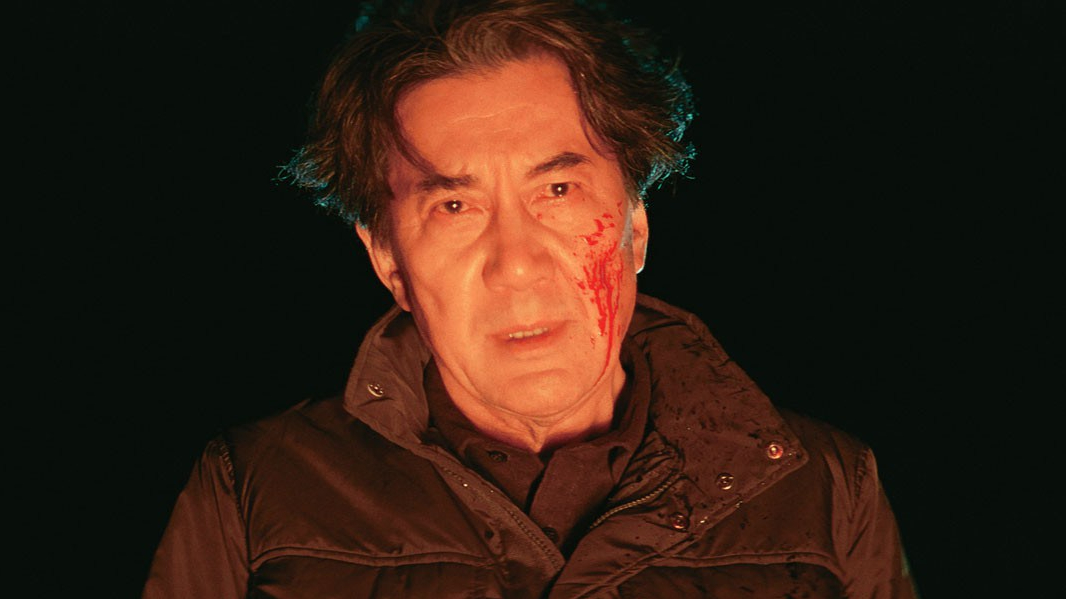 As Misumi (Kôji Yakusho) awaits trial for a murder, his legal team desperately try to build a defence. It seems an open and shut case – he has two prior murder convictions, and he has openly confessed his guilt. Yet as his lawyer Shigemori (Masaharu Fukuyama) digs into the case, its clarity grows increasingly murky.

Less of a whodunnit than a whydunnit, Hirokazu Kore-eda’s fifteenth feature begins as a murder mystery in reverse, opening with the apparent culprit already in jail. Following a prologue depicting the eponymous crime, The Third Murder begins with Misumi’s defence team interrogating Misumi on every detail of the crime. Up on a charge of murder and burglary, they hope that by properly establishing his motives that he can credibly plead guilty to a lesser charge and avoid the death penalty.

Misumi is remarkably calm and forthcoming in questioning. He freely admits to the crime, yet his motives remain unclear. Was this a crime of passion, or pre-meditated? Was he paid to kill his victim, or is he protecting the real killer? Misumi writes a letter of remorse to the family, yet outwardly exhibits no regret. The defence’s forensic examination of the evidence points conclusively to Misumi’s involvement, yet something still feels off.

Narratively, there are shades of Gregory Hoblit’s 1996 Primal Fear, yet without that film’s gothic-styled histrionics. Director Kore-eda’s approach is as sober and methodical as Shigemori’s, working through the labyrinthine network of half-truths, obfuscated motivations and hidden pasts. Yet with every unravelled narrative knot, two seem to take its place, the truth always just one revelation away.

Mikiya Takimoto’s bleak cinematography evokes a cold, its grey tones suggesting the muted colour palette of Nordic noir. Meanwhile, the glass that separates Misumi and Shigemori as they talk reflects and distorts their faces. As one is brought into focus, the other melts back into darkness, emphasising both the elusive nature of the truth and the murky morality of the Japanese legal system.

Billed as a murder mystery, a more accurate descriptor of The Third Murder would be as a psychological mystery. The question driving the narrative centres not on the who, or even the why, but on the nature of the person behind the crime. It is a profoundly compelling question, yet it is also somewhat of a fool’s errand – it is impossible to fully know the reasons behind Misumi’s actions, yet it is impossible to get to the truth without them. As we tie ourselves up in knots of ambiguity, the law is interested only in moral absolutes.

Indeed, for much of the film Shigemori is less interested in getting to the complete picture than recontextualising what we already know in order to manipulate the letter of the law. In a key scene, Shigemori debates the death penalty with his father, a retired judge. The stakes couldn’t be higher – if Misumi is found guilty, he will be executed. Yet among the knotted morass of legalise, vested interests, and dubious legal strategy, how can such an absolute conclusion ever be justified? The Third Murder wisely avoids the neat and tidy ending that most mysteries demand, preferring instead the let the frayed edges of the knotted truth dangle, exposed but only partially understood.