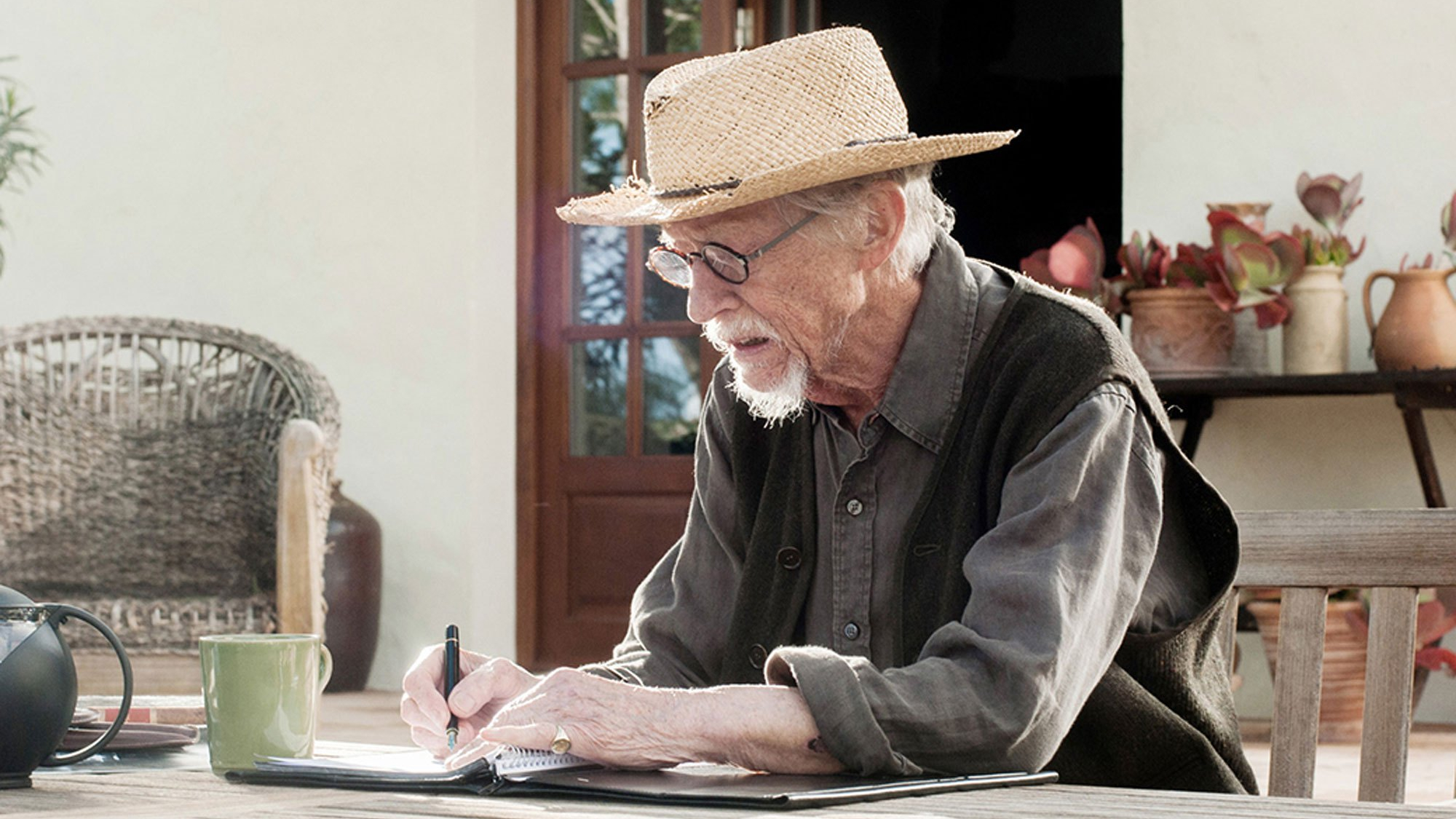 There is the uncanny sense of art imitating life in Eric Styles’ poignant, end of life drama, featuring John Hurt’s swansong. That Good Night is about a man dealing with his impending death and Hurt was himself terminally ill when the film was shot.

Ralph Maitland (Hurt), an egotistical screenwriter in his seventies, enjoys a comfortable existence in Portugal with is loving younger wife, and former nurse, Anna (Sofia Helin, The Bridge). When Ralph discovers he has only a few months to live he attempts to reconnect with Michael (Max Brown), his estranged son from an earlier marriage, and put his affairs in order. Ralph expects his family to drop everything when he wants them to and they generally oblige. But when Michael, also a writer, arrives in Portugal with his girlfriend Cassie (Erin Richards), Ralph sees her presence as an intrusion and a threat to the already fragile bond with his son.

Bristling with impotent rage, Ralph repeatedly snubs her. Wrapped up in each other, Michael and Cassie try to take Ralph’s rudeness in their stride but inevitably tempers fray and emotions come to a head. Unbeknown to his family, Ralph hires “the visitor” (Charles Dance), an enigmatic Englishman dressed in a white linen suit, who appears to represent an euthanasia organisation. Ralph wants him to ease his way “into that good night”, the film’s leitmotif inspired by Dylan Thomas’s poem, but the visitor has other ideas. The most affecting scenes involve the interactions between these two fine actors – Dance, still full of vigour; Hurt, gaunt and frail.

Charles Savage’s script, adapted from the stage play by N. J. Crisp, is hampered by a weak, predictable storyline. The main conflict That Good Night turns on is whether Ralph will be able to resolve things with Michael before he dies. We are not surprised when Michael reminds Ralph that he has never been a good parent, nor when they start writing together. This lacklustre emphasis on Ralph’s reconciliation with Michael, and the fact that Cassie holds the key, swiftly deflates our interest. Euthanasia and Anna’s enforced childlessness are provocative subjects and more could have been made of them. But the men’s troubled relationship takes centre stage and Helin and Dance are frustratingly underused.

There is the inevitable pleasure to be had in Hurt’s charismatic screen presence, but Ralph is two-dimensional and we never get a real sense of his kinder, more sympathetic side. This is hinted at in his exchanges with his maid’s son Ronlodo (Noah Jupe), who cleans the pool and yearns to be a writer, but most of the time Ralph is so curmudgeonly towards his nearest and dearest that he quickly loses our respect. The picturesque backdrop is beautifully shot by DP Richard Stoddard, but Thomas’s poem, full of passionate intensity, advocated raging against death, against “the dying of the light”. If Styles’ had focused on Ralph’s battle within himself, his fury as he is forced to withdraw from life, it would have made a more engaging subject.