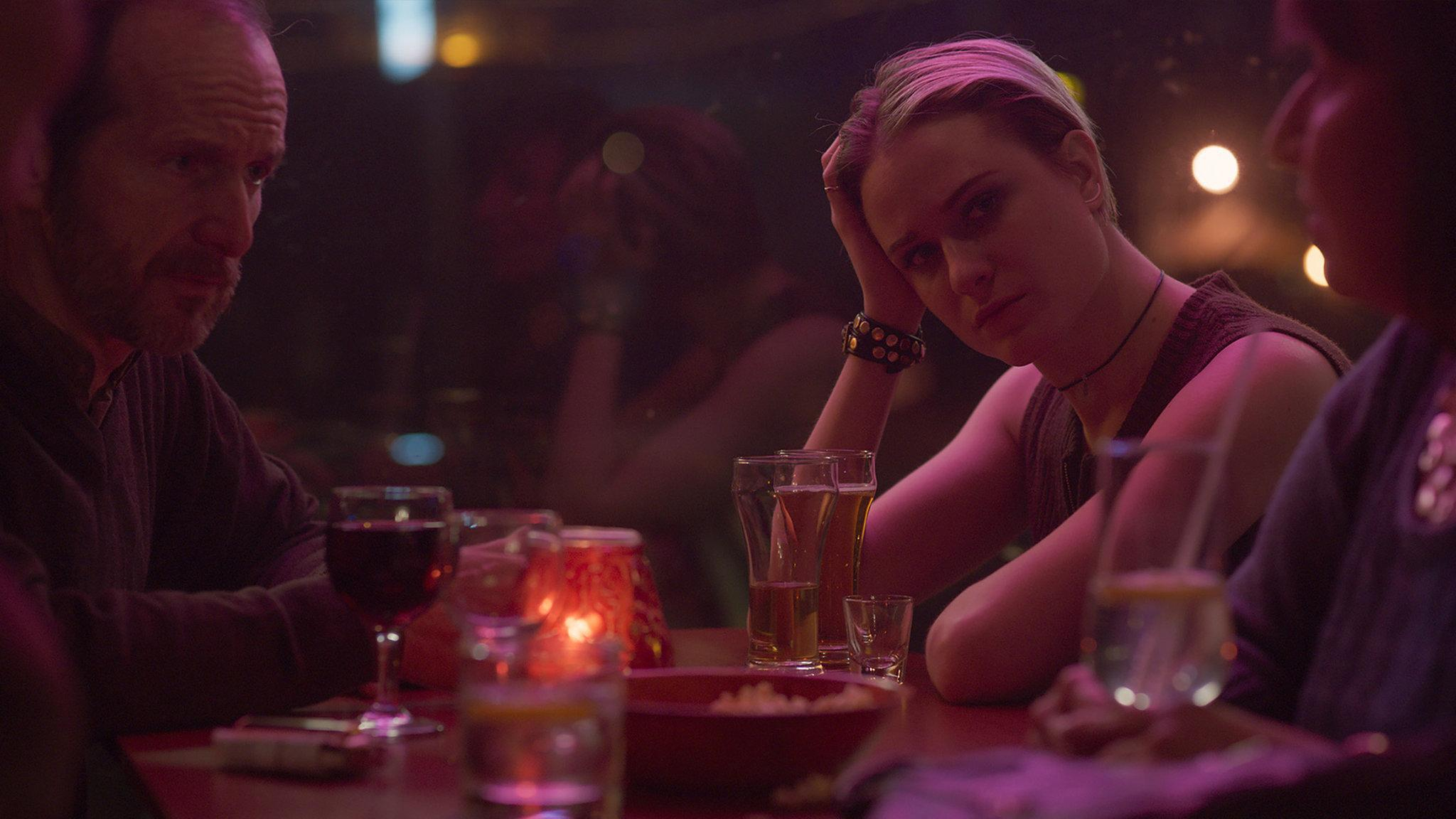 Laura (Evan Rachel Wood) is working for her father’s cleaning company when she meets 16-year-old Eva (Julie Sarah Stone) at one of her jobs. Eva is frustrated with her controlling mother, and so spotting a vulnerability, Laura begins grooming the teenager.

Evan Rachel Wood is no stranger to playing vulnerable, damaged young women, from her breakout star turn in the 2003 Thirteen, to her role in The Ides of March. In their directorial debut, Carlos and Jason Sanchez fully employ Wood’s talents as a volatile femme fatale in crafting this noirish thriller.

Allure begins promisingly enough, opening with a darkly lit sex scene. The whole thing is emotionally cold and erotically off-putting, her partner’s face hidden to signal that he is little more than an object for her dubious sexual gratification. It effectively foregrounds Laura’s sociopathy, but also hints at a rather unsettling discourse that conflates kinky sex with abuse – a problem that comes to full fruition in the film’s under thought final act.

The film’s strongest suit is its visuals, with cinematographer Sara Mishara terrifically evoking the film’s noirish themes. Darkly lit throughout, Allure moves from the pink-infused neon lighting of sleazy bars to the sickly yellow, single source lighting of Laura’s apartment, a space bathed in a half-light even during the day courtesy of her Venetian blinds. Wood is terrific in the lead, too, channeling a barely concealed rage and obsession that hints at a lifelong battle with mental illness. Her blatant abuse of Eva keeps her unsympathetic, but the line is blurred. Stone’s Eva, too, is a worthy foil to Wood

Constricted and frustrated, the young actor embodies the vulnerability of rebellious adolescence, her justifiable anger with her waspish mother making her a prime target for Laura’s empty promises. An early scene sees Laura being her grooming of Eva, before the young girl lets out a gasp – signifying fear, excitement, or a mixture of both – Stone captures the cocksure vulnerability of adolescence.

The problems, unfortunately, come in the writing, which negate the psychological depth and narrative purpose that the central performances do so well to suggest. The plot stalls after the episode at the halfway mark, when Laura locks Eva in a room when the police come looking for her. It should be a turning point in the film – either as an entry point into the dual psychologies of abuser and abused, or as a suspenseful screw-turn in the police investigation – yet the screenplay just seems to jog on the spot until the underwhelming climax.

Similarly, a subplot involving Laura’s father possibly abusing her is very underdeveloped, feeling at best tacky and clichéd, and a scene where Laura is beaten and possibly raped is nothing short of exploitative. Allure is an intriguing, stylishly visualised neo noir, but in the end, has neither the depth as a psychological drama, nor the suspense of a thriller, too often feeling dark and nasty for its own sake.