KVIFF 2018: I Do Not Care If We Go Down in History as Barbarians review 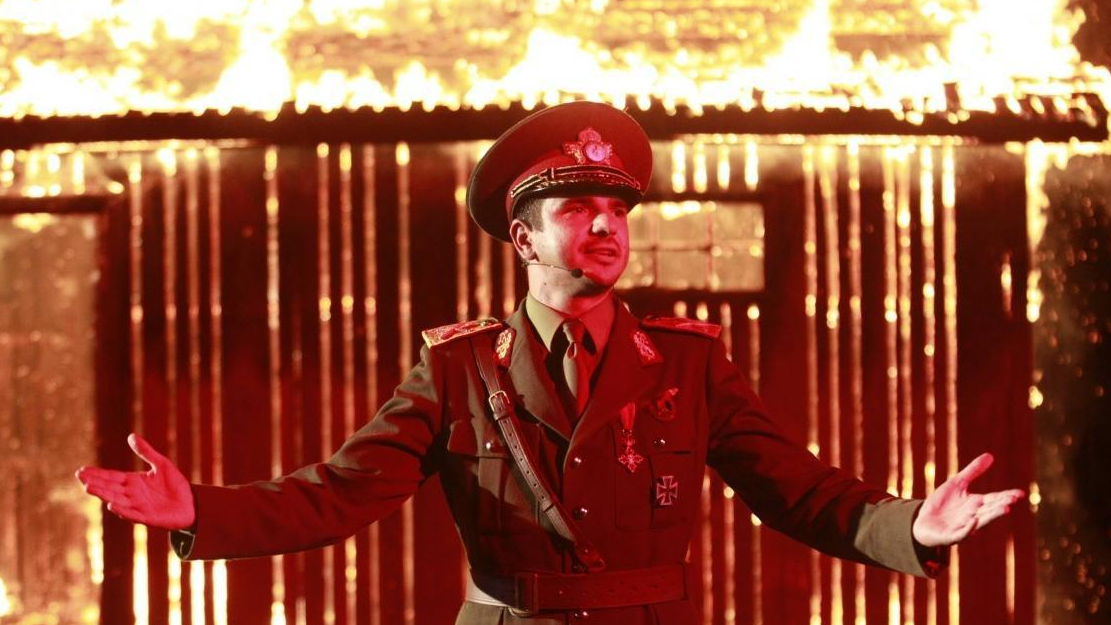 Following 2015’s Aferim!, Radu Jude returns to the topic of historical Romanian anti-Semitism in his furious new satire “I Do Not Care If We Go Down in History as Barbarians” which picked up the top prize at the 53rd edition of Karlovy Vary. Where Aferim! was a shaggy-dog road trip through 19th century Wallachia, Barbarians turns its scalpel to more recent events, embracing the kind of boldly political stance of classic Polish cinema from the Communist era.

The result is a formally loose, but dizzyingly dense and morally forthright examination of national attitudes and the myopia of nostalgia told through ranging meta-constructs and highfalutin debate. The plot sees a young theatre director, Mariana Marin (Ioana Iacob), trying to stage a reconstruction of the 1941 capture of Odessa by the Romanian army the preceded the murder of thousands of Jews. She faces a backlash from uncomfortable performers and pressure from a local official, Movilă (Alexandru Dabija), to water-down the depiction of the atrocity.

Jude signals his creative intent from the off when he cuts from the charged bombast of archival footage showing the ‘liberation’ of Odessa where “brave soldiers of the cross raise the Romanian flag for which they fought,” to actress Iacob, introducing herself and her character in the present day. This Brechtian break of the fourth wall serves several immediate purposes. Firstly, it jolts us out of the action, establishing the narrative as a fiction being crafted by Jude, a statement of the films meta credentials.

This in turn places the notion of veracity at the forefront of the audiences’ mind – you are primed to consider the accuracy of statements and positions as well as performed actions. Finally, in Iacob’s explanation about the similarities between herself and her character, the importance of ethnicity and religion are brought to the foreground.

The rest of the film comprises various production meetings and rehearsals via which Jude playfully – and often, comically – circles issues of race, prejudice, nationalism and intellectualism. “All this is very anti-Romanian,” contests one of the re-enactors in a storm-drenched shouting match, while an older gentleman refuses to perform next to Roma actors (“my best friend was a gypsy”). Such sentiments carry over to discussion with Movilă which punctuate the action via a recurring debate about the content of the show and the ethical value of confronting such ‘supposed’ crimes.

These scenes recall the labyrinthine dialogues between Piotr Garlicki and Zbigniew Zapasiewicz in Camouflage, though Jude’s opinions are more overt, the film’s position more didactic. As such these conversations lack the uncomfortable rigour of Zanussi’s and can often be where the rhythm falters the most – accurately portraying Movilă’s circular reasoning and ‘whatabout-ism’ but also adding bagginess to proceedings.

Fortunately, the finale is worth the wait as the format switches to video – like the TV broadcast it is supposed to be – and we see the production being mounted for the public. What is perhaps Jude’s most scathing point is finally driven home brilliantly by the way Marin’s provocation is received.