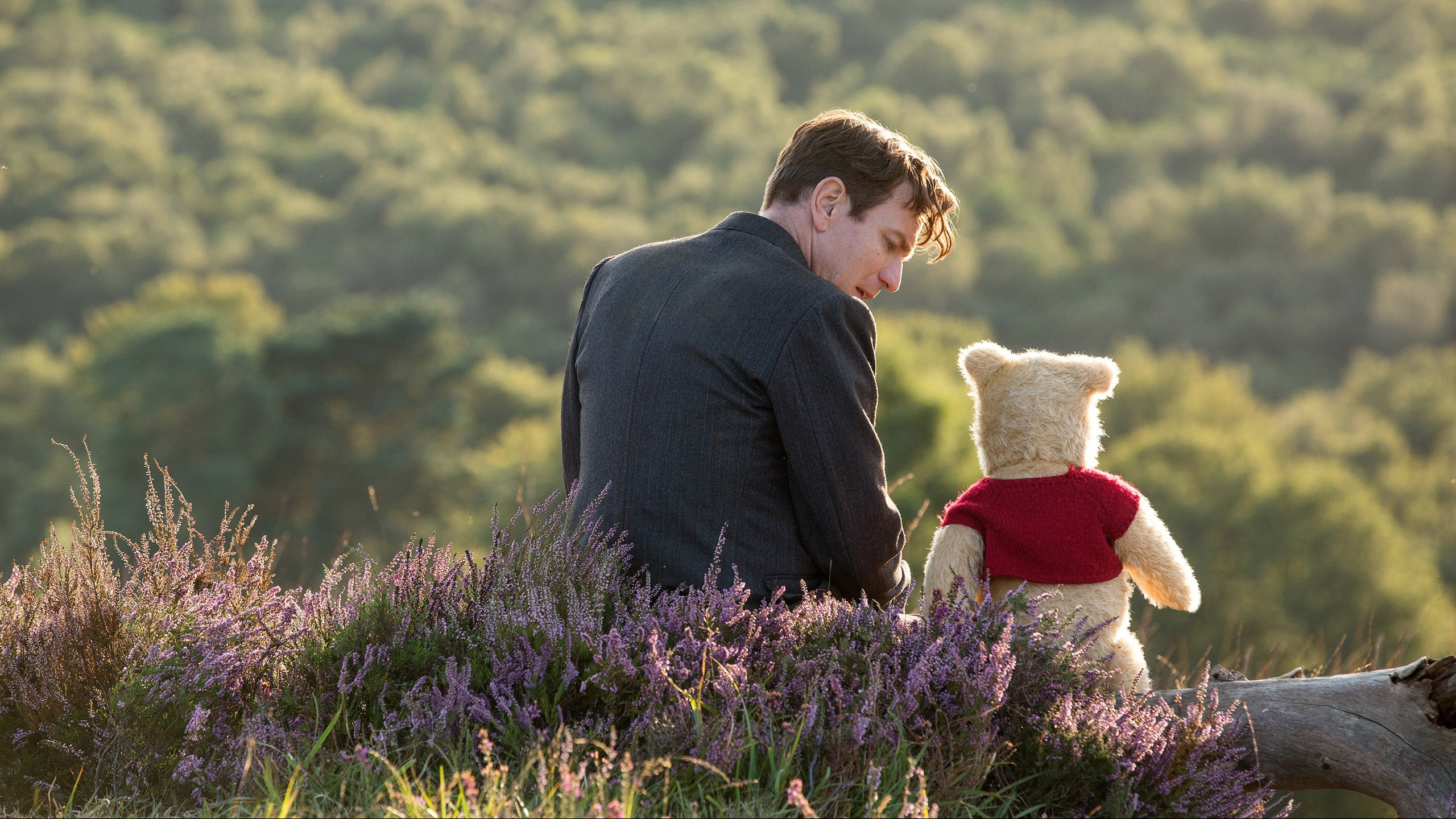 Ideally, Disney would stop updating beloved cartoon classics into new live-action films, but as that seems unlikely, it’s lucky the Marc Forster-directed Christopher Robin has enough charm to get by.

Over the past few years, Disney has doubled-down on the live-action remake gravy train. Despite Tim Burton’s regrettable sojourns into Wonderland and the intermittently exciting but definite un-necessity The Jungle Book, this new stream of revamped properties appears to be here to stay. If that’s the case then at least Christopher Robin, a derivative but enjoyable take on the Winnie the Pooh characters, contains enough of the original property’s charm to win through – largely due to the wonderful voice work from long-time Pooh vocal actor Jim Cummings.

Cummings has been the voice of Pooh since 1988 and that longevity fits perfectly with this film’s themes about the passage of time. Right from the first word he spoke in the first trailer (“What to do indeed”) those instantly familiar tones have been Christopher Robin’s biggest selling point. Indeed, the quartet of primary animated characters are both the film’s main attraction and it’s most resounding success with Brad Garrett’s doleful Eeyore a persistent scene-stealer alongside Pooh, Tigger (also Cummings) and Piglet (Nick Mohammed).

They are rendered in uncanny computer-graphics somewhere between the modern Disney cartoon and the original teddy bear illustrations, kind of like Disney merchandise come to life – though Pooh himself does look eminently huggable. They slot seamlessly into Matthias Koenigswieser’s beautiful compositions that put other kid-friendly films to shame. Similarly, Forster is a clearly assured hand on the tiller managing goofy comedy and a spooky visit from the Heffalumps with equal aplomb.

The basic narrative is rote and taken straight from Hook. Ewan MacGregor plays a now fully grown Christopher Robin akin to Robin Williams’ Peter Pan from Spielberg’s film. Both have long abandoned, and largely forgotten about, the 100-Acre Wood/Neverland to the dirge of the 9-5 and the important business of adulthood. Christopher’s job in the efficiency department of a luggage firm struggling in post-War London also recalls the work ethic of Mr. Banks in Mary Poppins (itself getting a new sequel). As a result, Christopher neglects his wife, Evelyn (an underused Hayley Atwell) and daughter, Madeline (Bronte Carmichael). No marks for guessing that a renewed relationship with Pooh and friends might help him re-evaluate his priorities.

That renewed relationship is where Christopher Robin is at its strongest. Besides the overt journey for Christopher Robin of rediscovering some childhood joy, this film is a poignant exploration of the way in which we sideline important friendships at the behest of professional advancement. At one point Pooh asks Christopher if he ‘let him go’ as he grew up, referencing the imminent layoffs at the luggage company. This is a call to see friendship not as work but as joy, and fortunately these are friends it’s a joy to reconnect with; while the narrative may leave a lot to be desired, the script manages regular laughs and gets its main animated characters just right – not least Pooh’s upside-down wisdom in Cummings’ warm blanket of a voice.