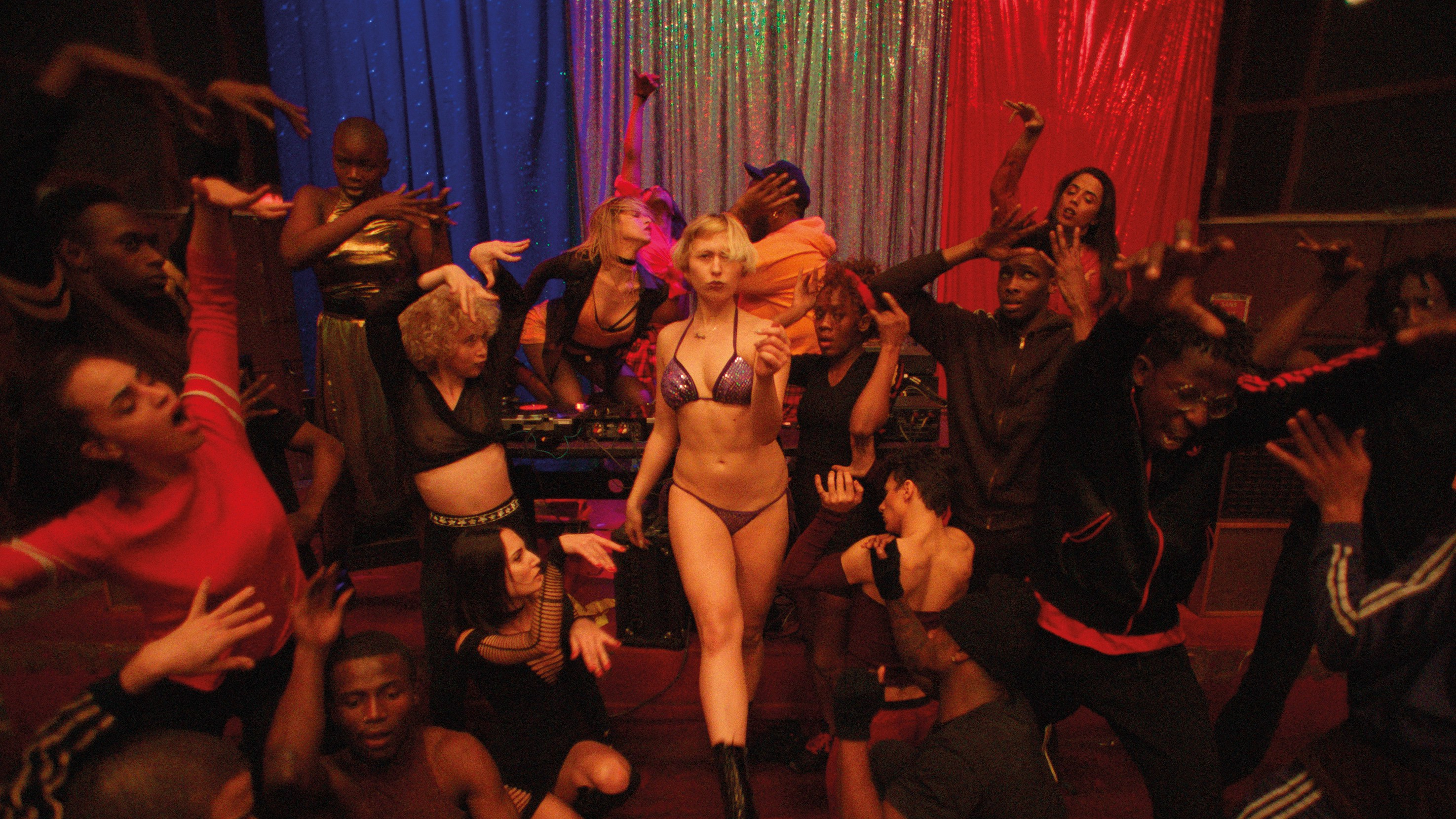 Gaspar Noé’s Climax is arguably the French provocateur at his most subdued, but it still manages to be a rollicking thrill ride of sweat, drugs and pounding disco music. The Noé trademarks are all there: MDMA, neon visuals and an atmosphere that ascends from zero to 100 MPH at frightening, lightning speed.

On the surface, this is a horror story of young, beautiful, corrupted – or not corrupted-enough – dancers, submitted one night whilst drinking (unbeknownst to them, spiked with LSD) sangria in a dance hall – to a version of hell or heaven, depending on how you view it. The cast of Fame entering Dante’s Inferno – a tale that the Marquis de Sade would relish in. What is the difference between heaven and hell, sex and danger, the orgasmic and the horrific? How far can pleasure push you?

Noé excels in his lack of moralising. There is no clear line here and the boundary is blurred between what is seductively intoxicating (the music, the young and beautiful dancers, the booze, the casual sex) and what is horrific (all of the above, once acid is involved). Underneath it all, Climax also evokes the feelings of self-hatred, regret and shame that accompanies this much “fun”.

Anyone who has ever stayed up later than they know was good for them, the music turning from exciting to ominous, too loud and too crowded, whilst drugs pound your bloodstream, can understand just how full of terror hedonism and pleasure can be. One of the most nightmarish scenes in Climax is of Patricia Arquette doppelgänger Giselle (Giselle Palmer) grabbing at the walls in the hallway whilst disco music blasts, the music not amplifying the moment but terrorising it. What was a party quickly, too easily, transforms into a hellish bacchanal.

Noé’s screen blasts heretical commandments, lit up in glittering neon – is he judging the immoral youth of today or celebrating them? Violence happens almost immediately – with everyone turning on one another in a frenzy. A mother locking up her young son. A young girl, pregnant, stabbing herself with a knife, almost ritualistically, the party turning into a witch hunt.

Climax a film that does cinema very well indeed. It’s full of epic bombast, (he even claims that it is based on a true story) jolting you out of complacency with shock, colour and music. In Noé’s perverse worldview, nothing is sacred: drugs have become our religion, sex is meaningless, horror is the next logical step.