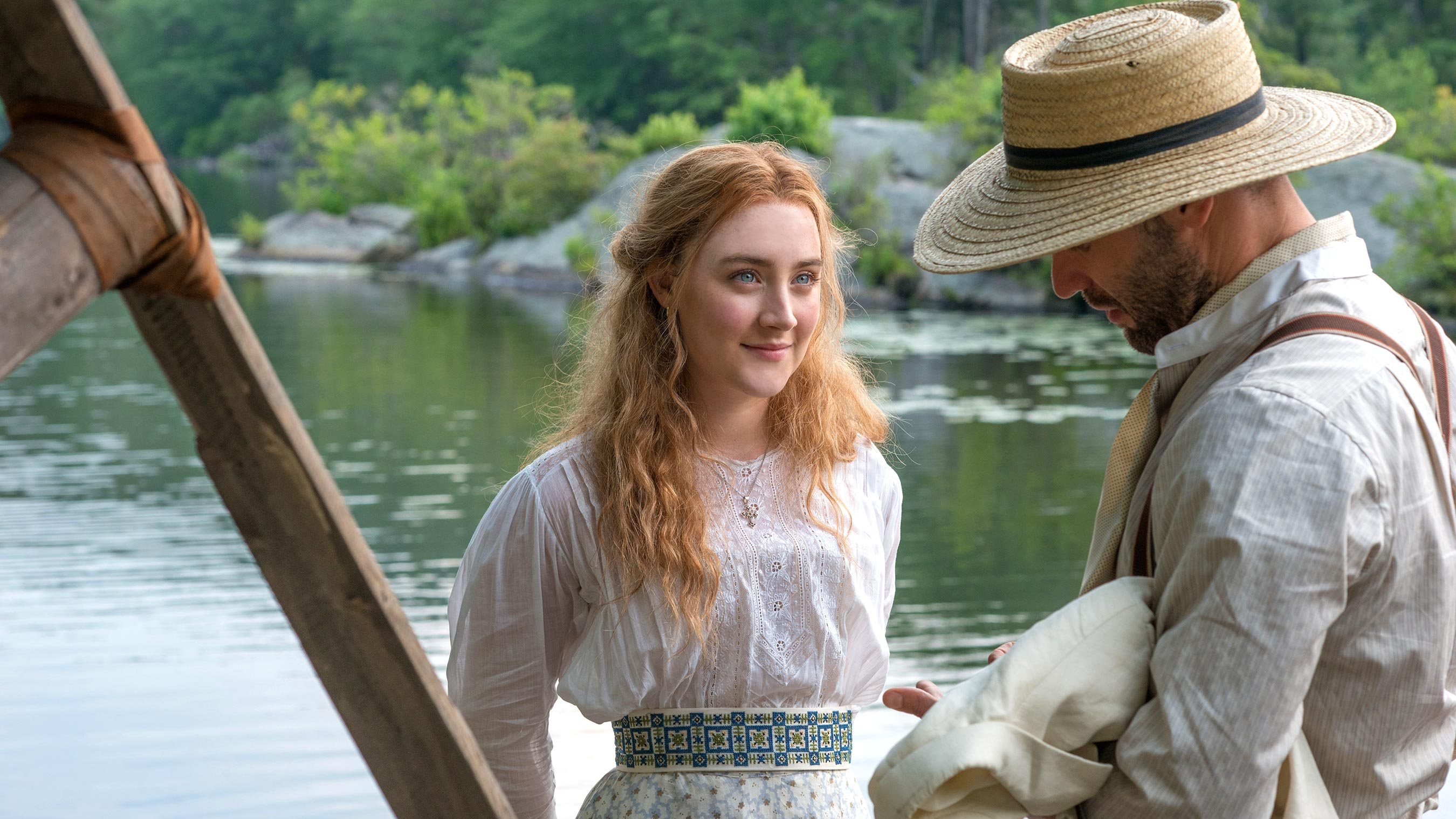 Michael Mayer takes something of a gamble bringing Anton Chekhov’s The Seagull to the screen and it doesn’t entirely pay off. This is very much an American, celebrity driven rendition of a Russian classic and the stellar cast, including Annette Bening, Billy Howle, Elisabeth Moss and the ubiquitous Saoirse Ronan, its main attraction.

The Seagull is set over two years, at a rambling, lakeside Russian estate, owned by Sorin (Brian Dennehy), a retired government employee, and his sister Irina (Bening), a grand dame of the Moscow stage. Irina usually resides in the city but is visiting family with her latest lover, Boris Trigorin (Corey Stoll), a successful writer. Her son Konstantin (Howle), an aspiring playwright, lives with Sorin and nervously awaits Irina’s reception of the play he has written and stages by the lake. It swiftly becomes clear that everyone is suffering from unrequited love.

Konstantin adores Nina (Ronan), a young woman from the neighbouring estate, who plays the lead in his play and dreams of becoming a famous actress. But Nina falls for Boris, the sleeker, assured, older man. Meanwhile, Masha (Moss), daughter of the estate managers, is spurned by Konstantin, but worshipped by the local schoolteacher Medvedenko (Michael Zegen). Forlorn and bitter, in between knocking back cups of vodka at breakfast, Masha has some of Chekhov’s best lines and Moss delivers them with panache.

The convoluted machinations of love are, at times, exhausting to watch and Mayer’s focus on the characters’ infatuations are at the expense of Chekhov’s other themes – the lure of fame, conflicting forms of artistic expression, the waning power of the aristocracy and, more importantly, the troubled mother-son relationship which overshadows everything. Konstantin loses both his mother and Nina to Boris and is threatened by the older man’s success as a writer while he struggles to express himself. Konstantin suffers from melancholic moods and there is a tragic inexorability to the choice he faces at the end which is never fully brought home in Stephen Karam’s screenplay.

While certain themes are glossed over, the performances and DP Matthew J. Lloyd’s lush cinematography offer some compensation. Two scenes in particular stand out: Nina and Boris row out on the lake together and her naïve admiration of him and his casual acceptance of her reverence are beautifully nuanced and exquisitely filmed. Nina’s unabashed admiration accentuates her vulnerability, while Boris revels in being the consummate writer, pausing every so often to note down ideas for a story. Another electrifying scene occurs after Irina has spied them in the boat together and begs Boris not to leave her; in both scenes the sexual tension is palpable.

Irina is charming, vain, stingy and insensitive to the point of cruelty and Bening gives a pitch-perfect performance. Ronan captures a girl on the cusp of adulthood, ruined by an older man and yet convinced she can survive through talent and hard work. Howle and Stoll also impress as the two men with conflicting attitudes towards love and art. But something about the film’s tone fails to convince. Chekhov was the master of subtext and lauded for his compelling psychological naturalism. On screen, though, the characters’ desires come across as melodramatic and their impulsive actions lack Chekhov’s subtlety.