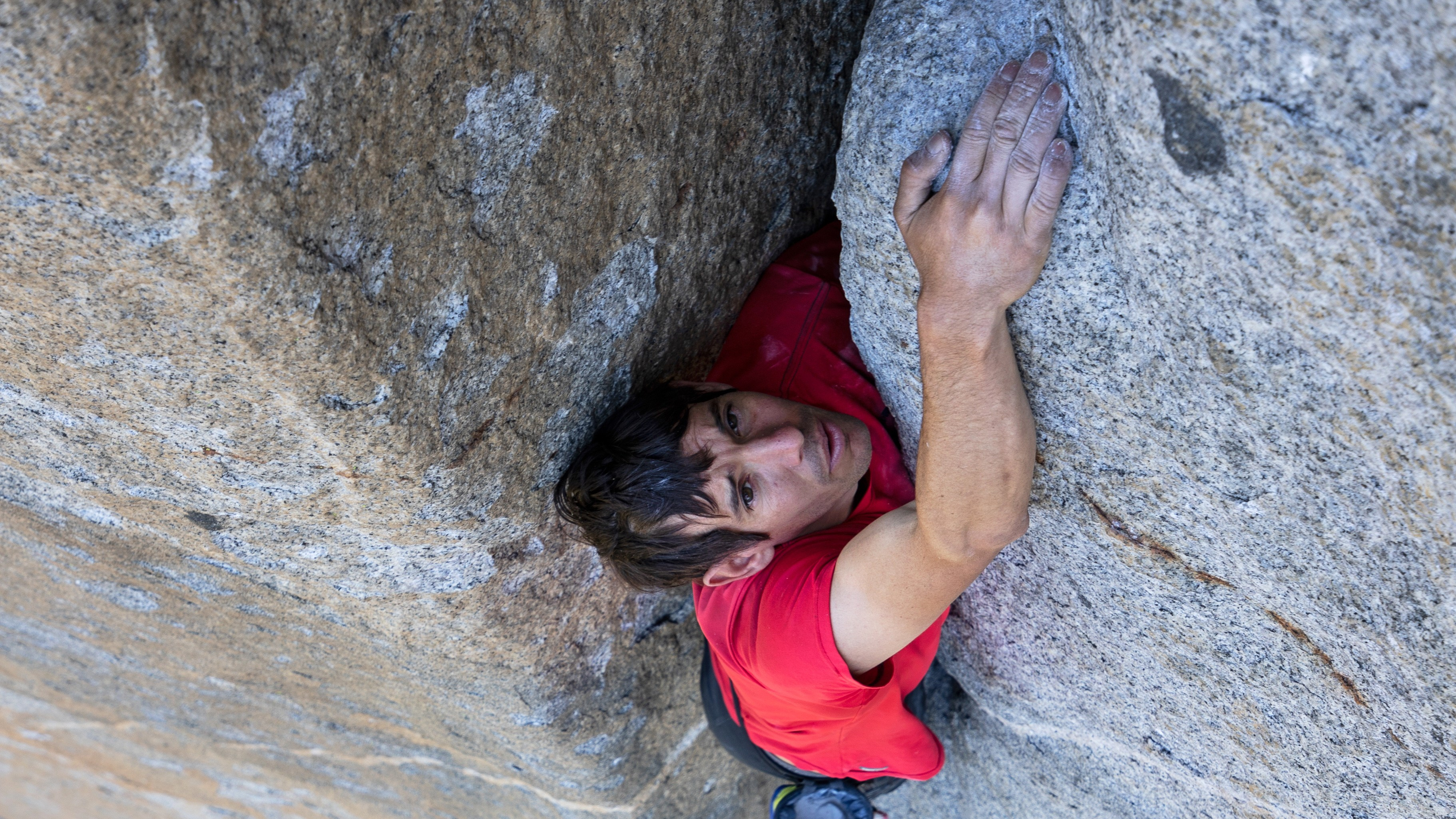 Among the most extreme of thrill-seekers, Alex Honnold is a climber who favours the “free solo” method, ascending cliffs without the aid of ropes. Meru directors E. Chai Vasarhelyi and Jimmy Chin record Honnold’s unprecedented attempt to scale the 3,000 foot-high El Capitan in Yosemite National Park in their hair-rising documentary.

Honnold is a very likeable, if ostensibly uncomplicated subject. Eschewing a career, steady relationships and presumably health insurance, he has dedicated his life to clambering up massive rocks with his bare hands. Early in the film, Alex confesses that he has wanted to climb El Capitan for years. He’s ascended the cliff many dozens of times before, but never without safety equipment. To be the first to do it clearly holds an Everestian appeal for Honnold.

A sense of finality hangs over the whole project – after he has conquered El Capitan, will his appetite for danger finally be sated? Will his implicit quest for meaning and fulfillment be complete by accomplishing a feat no other has achieved? Or will Alex find another kind of finality and plummet thousands of feet to his death?

Judging by the mortality rate of those who have attempted this before Alex – many know to him personally – it’s the latter that looks more likely. Free Solo goes some way to explaining just why someone would want to do such a thing, but is ultimately more captivated by the vicarious thrill of watching Honnold do his thing.

Perhaps more could have done to explore Honnold’s psychology: his admissions that he was never hugged as a child and that ex-girlfriends have told him that he has a personality disorder are intriguing but glossed over. Nevertheless, the final twenty minutes of Vasarhelyi and Chin’s film, as Alex makes his ascent, is about as gripping as it gets.

Free Solo is out now on DVD & Blu-ray. freesolofilm.co.uk