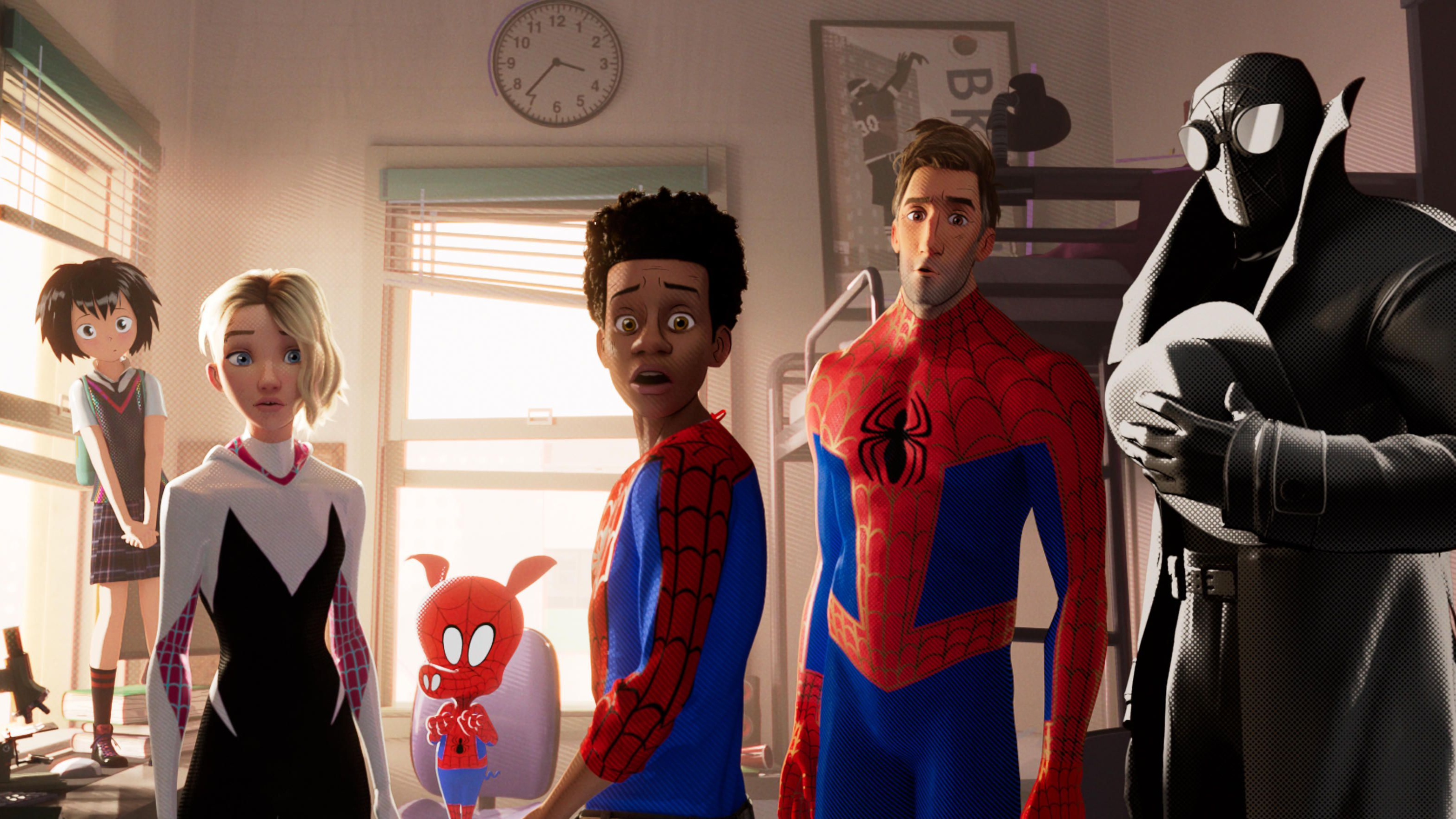 No costumed crime fighter has been rebooted and re-imagined more times than Spider-Man, so we might be forgiven for sighing at the prospect of yet another iteration of old web head. Yet this animated feature spins an entirely fresh and innovative yarn with new hero Miles Morales (Shameik Moore) donning Spidey’s duds.

The result is easily the best Spider-Man film since Sam Raimi’s Spider-Man 2, and perhaps more impressively, the best mainstream animated feature of the year. Sitting outside both Marvel’s Cinematic Universe (which counts Tom Holland’s Peter Parker among its ever-growing roster), and Sony’s ill-advised Venom stand-alone, Into the Spider-Verse is an astonishingly refreshing take on such a well-worn character, succeeding in paying tribute to its predecessors – watch out for the affectionate dig at Spider-Man 3 – yet existing without the need for a bachelor’s degree in comics continuity. Intead, at its core Spider-Verse is about finding your way through a grown-up world without being beholden to its legacy.

This is a world where Spider-Man already exists but not as we know him. In fact, after Miles acquires his spidey powers, it’s established that there are many spider-people existing in parallel dimensions. While one ‘verse hosts the familiar Peter Parker incarnation, another has traditional love-interest Gwen Stacy (Hailee Steinfeld – charming as ever) as the titular wall-crawler, while a monochrome third world is inspired by hard-boiled 1940s noir. The variations only get more imaginative and wacky from there.

What is perhaps most impressive about Spider-Verse, particularly its first act, is how narratively and visually fleet of foot it is, establishing Miles not simply as Peter Parker Mk II, but as a unique kid with his own troubles and – almost unique among superheroes – two loving, living parents. The screenplay by Phil Lord and Chris Miller is as witty and efficient as you might expect from the scribes of the effervescent Lego Movie, but it’s Bob Perischetti, Peter Ramsey and Rodney Rothman’s direction that brings the production to life.

Animated at an intentionally-jerky 12 FPS and textured with Benday dots to create the sense of a comic panel in motion, the 3D-modelled characters often give the impression of being stop-motion, bringing a tactile reality to the world. Less successful are the experiments with depth of focus – a sort of split diopter effect – which sometimes look more like a 3D film when you’re not wearing glasses.

The action sequences are where the film truly takes flight, however, from the gorgeous snow-capped treetops as Miles and an out-of-shape Peter Parker make a thrilling web-slinging escape, to the finale, a riotous explosion of colour and kineticism. Visually, it’s like pop culture collapsing in on itself in increasingly kaleidoscopic abstraction. A few story beats do miss the mark, though Miles’ “leap of faith” moment is near-transcendent, and Big Bad the Kingpin (Liev Schreiber) – a monolith whose enormous black-clad frame fills the screen – is scary but underused.

Nevertheless, Perischetti, Ramsey and Rothman’s picture is an irresistible treat throughout, and unadulterated confection crafted with wit, vivacity and heart. Reinvigorating the genre even for those in the depths of superhero fatigue and complete with slapstick humour and a cartoon pig called Spider-Ham (John Mulaney), Into the Spider-Verse is unabashedly a children’s film, and all the better for it.