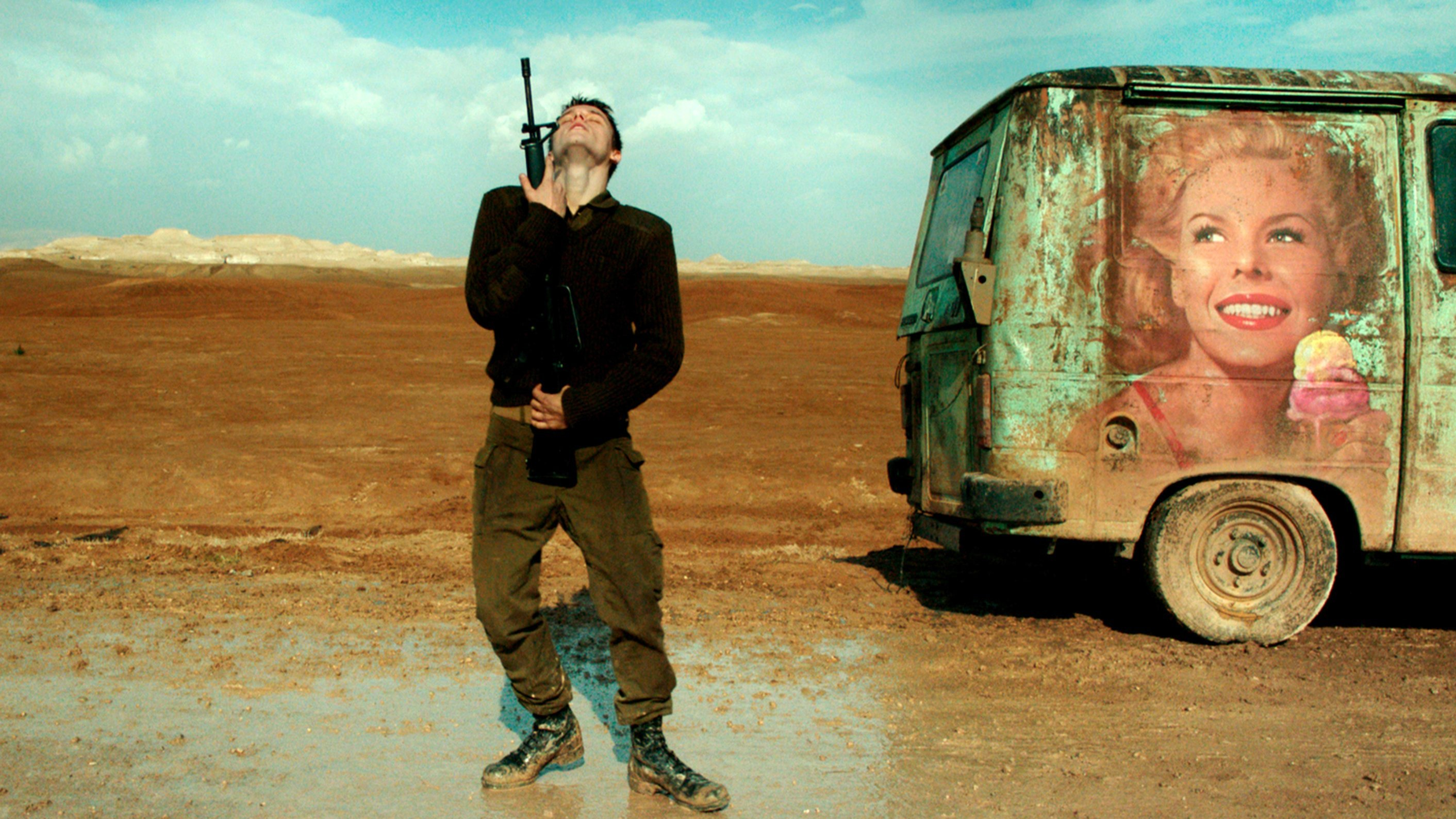 Two army officers turn up on their doorstep to inform Daphna (Sarah Adler) and Michael (Lior Ashkenazi) that their soldier son, Jonathan (Yonaton Shiray), has been killed. She falls to the floor in shock and is immediately tranquilised; he paces their designer Tel Aviv apartment, angry and uncomprehending. The following hours pass in a blur. The officers in attendance advise Michael to drink water every hour and make patronising suggestions about the funeral arrangements. His brother Avigdor (Yehuda Almagor) turns up to help, while Michael has to tell their dementia-suffering mother (Karin Ugowski) of Jonathan’s fate.

Maoz depicts grief with brutal candour but does not shy away from making us laugh a beat later. He shifts seamlessly between gut-wrenching close-ups of Michael’s anguish and pensioners’ enjoying a dance class. When the soldiers return and admit that they have made a mistake, the parents’ shock is palpable. A Jonathan Feldman has died, but it is not their son. Michael demands to know his whereabouts. When he learns Jonathan is safe, guarding some desolate outpost, Michael wants him brought home immediately.

We then cut to the remote security checkpoint (codenamed Foxtrot) where Jonathan is stationed with three other young soldiers. Maoz and his DoP, Giora Bejach, create a deliberately surreal landscape and mood. An empty road stretches into the distance. The soldiers have to check passengers’ IDs but there is little traffic, bar the occasional camel. With nothing to distract them, one cannot help questioning the point of their deployment in such a barren sport. To amuse his companions, Jonathan dances the foxtrot with his rifle. There is a hypnotic quality to Maoz’s mise en scène as the men wile away their empty hours. They take shelter from the endless rain and watch helplessly as their cabin slowly sinks in the mud – ascertaining the level of its tilt every day by rolling tins of meat along the floor.

Subtle visual cues in one scene are often supplanted by heavy symbolism in another. A quietly haunting scene is followed by explosive tension. There is a wonderful moment when a carload of young Palestinian partygoers draws up. A beautiful young woman sits in the passenger seat. As he checks their paperwork, Jonathan sneaks secretive looks at her, she eyes him back. They display all the signs of mutual attraction. A split second later and everything changes.

Foxtrot is a dangerously slow-burn of a film, but it’s worth the wait. For the final act we return to the Feldmans’ now claustrophobic flat. Daphna and Michael are at loggerheads, their relationship clearly torn. Gradually, through a series of revelations, we learn what has caused this rupture. Maoz underlines the absurdity and destructive nature of a prolonged ‘war’, and the elements of chance that can end life in a flash. Foxtrot is a cinematic delight with a profound message at its heart and many striking shots that resonate long after the final credits roll.