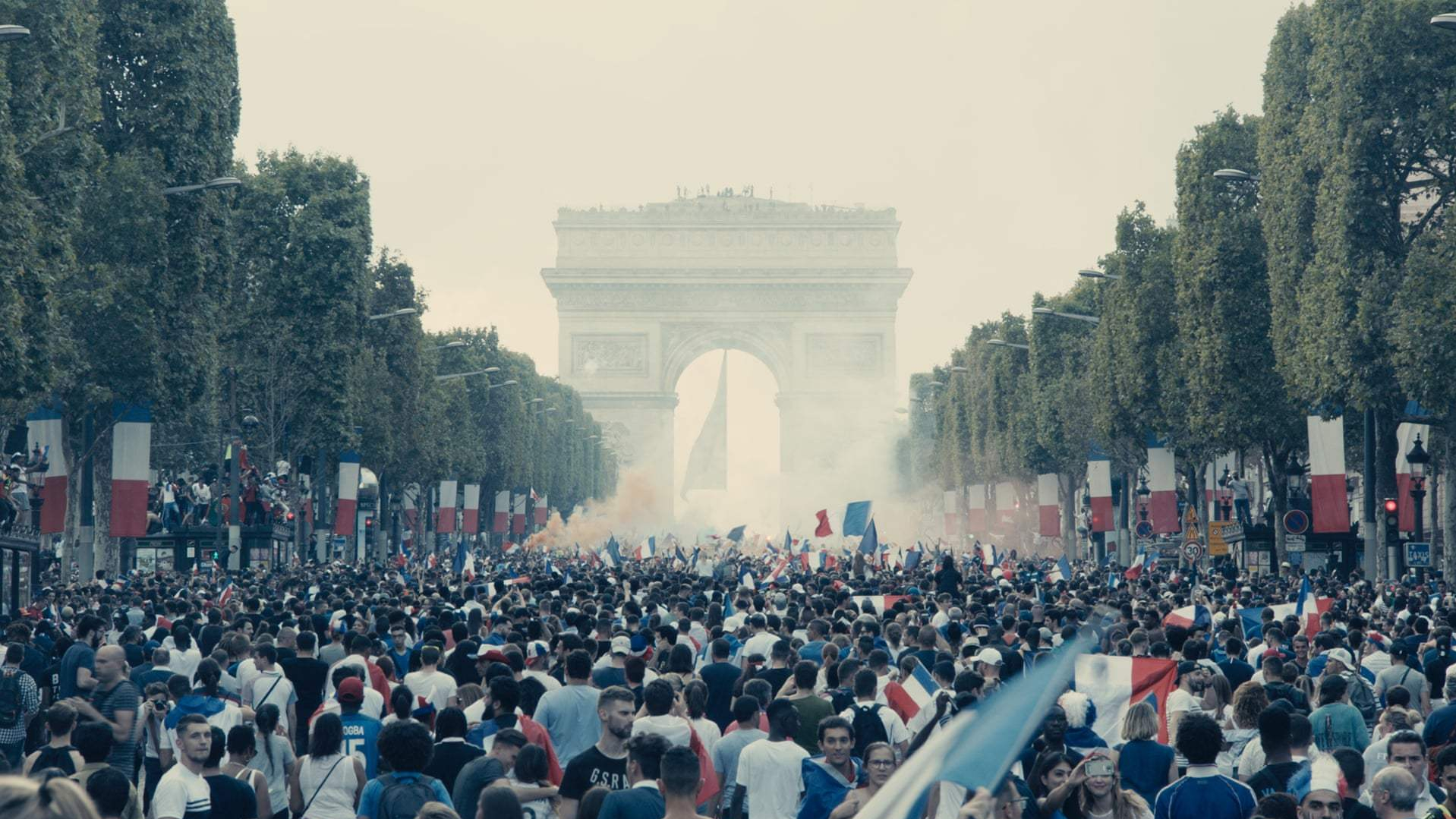 Set over the course of two days during last year’s World Cup, France once again on the cusp of soccer immortality, the streets of Paris bounce with long-cherished ideals of the Republic: Liberty, Fraternity, and Egalitarianism. Boulevards have transformed into seas of bodies gathered together in hope and high expectation of repeat success. Everybody is singing, dancing, cheering. There is talk of Kylian Mbappe winning the Golden Shoe.

Yet the elixir of footie, as in 1998, when France first lifted the World Cup trophy, was only a ceasefire in the culture wars, a beautiful dream soon vanish, a momentary pause, false dawn. For the nation’s deep-seated issues over race and multiculturalism were allowed to fester and governments continued to treat the underclass as a problem best forgotten. The opening scenes, occurring as they do 20 years on from the initial victory, are as ironic as they are tragic. For what has changed? Nothing.

Les Misérables’ set-up is a bit like Antoine Fuqua’s 2001 Oscar-winner Training Day. A cop, here relocated from the sticks, is assigned to a jaded unit working the rougher parts of the capital and has his eyes opened to how a badge and status imbues loose cannons with a fascistic sense of entitlement and power over the lives of others. Things escalate quickly enough and the unit’s brazen, self-defeating approach to policing is akin to throwing petrol on a roaring fire.

Although the handling of certain plot dynamics on occasion isn’t as strong as its potent aesthetic finesse, Ly mounts a thriller operating as a savage indictment of social policies and underhand police tactics and ass-covering corruption. Those sworn to serve and protect are allowed free rein to unnerve and harass. Paid to be our public servants, they swan about as our masters. “I do what I want,” the white leader of the unit tells a fifteen-year-old French-Arab girl he’s menaced in broad daylight.

Riveting, pitched somewhere between The Battle of Algiers and Do the Right Thing, Ly’s immersive use of slum locations, compelling scenario (it’s based on a real-life incident) and brooding atmosphere make for an impressive debut film and vital reminder how lack of social justice generates unending and unnecessary misery. Coming as it does in the days of the Yellow Vests protests and President Macron’s tin-eared blundering while in office, Les Misérables is bound to cause a stir.