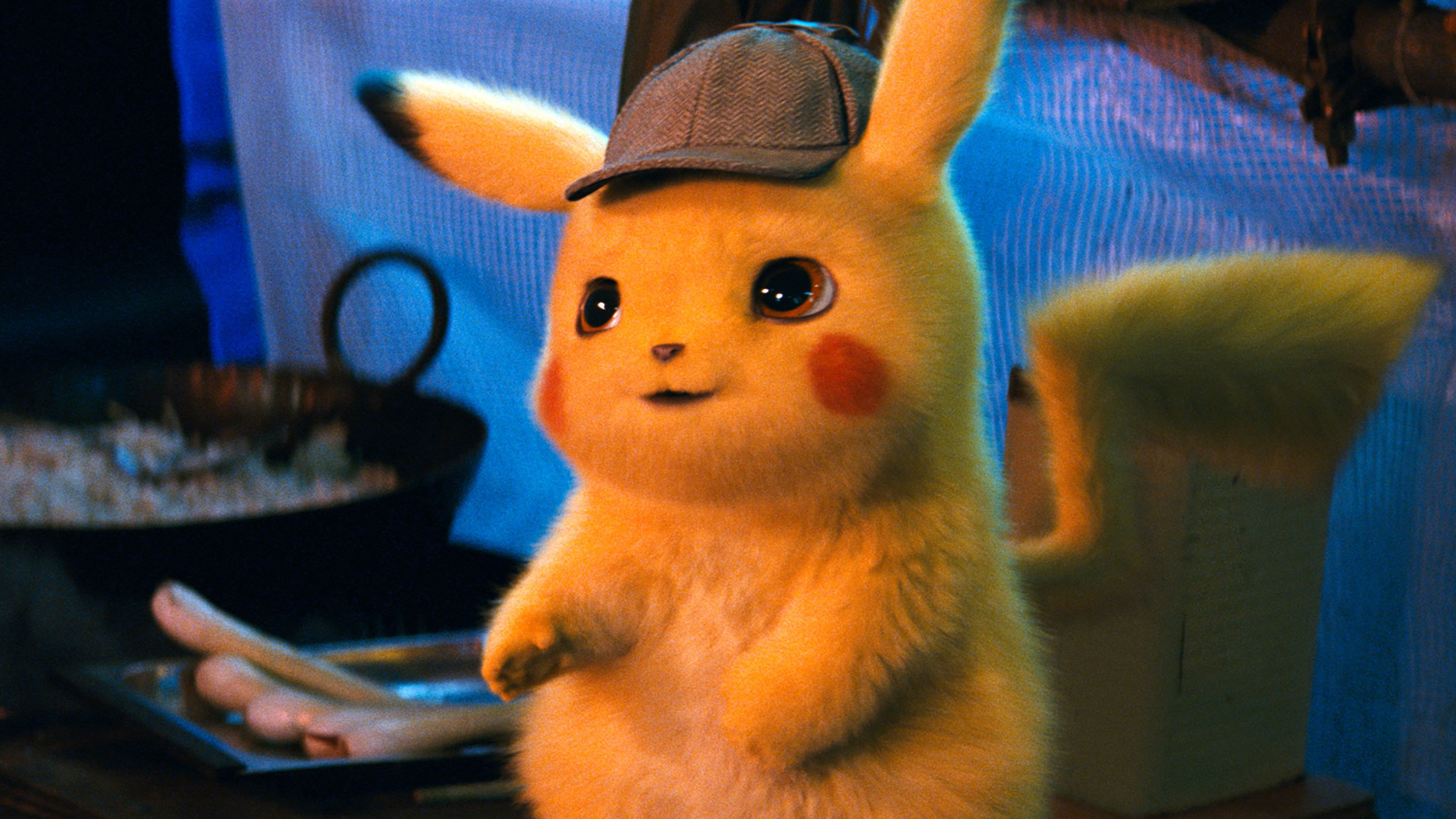 Detective Pikachu marks the birth of the Pokémon film franchise in live-action form. The pocket monsters, first established in 1995 by Japanese designer Satoshi Tajiri, have experienced a resurgence of late with the release of Pokémon Go! in 2016, in turn sparking a bidding war between studios for the rights to a new film, based on a Nintendo 3DS console adventure. Legendary won, and the film – deliriously fun, if slapdash – is now ready for release.

The easiest way to sum up the story is that it’s a whodunnit mystery, revolving around Tim (Justice Smith), and the hunt for his father, who’s involvement in a horrific crash kickstarts the film. This, in turn, brings together Tim and Pikachu, sporting a detective’s hat and Ryan Reynold’s inspired vocals. As the Pokémon to Tim’s dad, Pikachu is equally invested in the investigation, convinced his trainer is somehow still alive. It’s ludicrous and entirely predictable as if hurriedly assembled by a team of writers with a ticking countdown clock set to loud. There’s a couple of neat set-pieces dotted around, and the inclusion of a romantic subplot between Tim and a plucky reporter, played by Kathryn Newton, deserves praise alone for allowing Psyduck, her Pokémon, to be pulled into the main narrative.

That nicely leads us to the pocket creatures themselves, which are unquestionably the stars – and central focus – of the film. It simply wouldn’t exist without them and is what makes the film work in its current form. In addition to fan-favourites Pikachu and Psyduck, the scenery is littered with faces that will be familiar to Pokémon fans, and likely cause initial confusion, followed by adoration, by newcomers. This is possible due to most of the action taking place within Ryme City, an experimental metropolis where man and Pokémon live side-by-side. Squirtle, Charmander, Bulbasaur, Snorlax, Jigglypuff and, er, Mime, all have their moments to shine. But, with a total of 807 of them in existence, those with beady eyes will be rewarded in spades, with this aspect opening the film up nicely to repeat viewings in the hope of spotting as many as possible.

The plot, then, thankfully becomes more of an afterthought. It’s a wonder why the creative team chose to start here, rather than with a more traditional Pokémon battle film, with a trainer taking in stadiums on their way to masterdom. It’s more of a curiosity, however than an out-and-out criticism. Sure, Detective Pikachu is messy and predictable, but the fact that director Rob Letterman and his team embrace the inherent absurdity of the Pokémon franchise as a whole means it’s a hoot. Reynold’s was a spot of casting dynamite, and the euphoric delight of seeing tiny creatures that have impacted one’s life so much realised so wonderfully is almost unquantifiable. Almost.