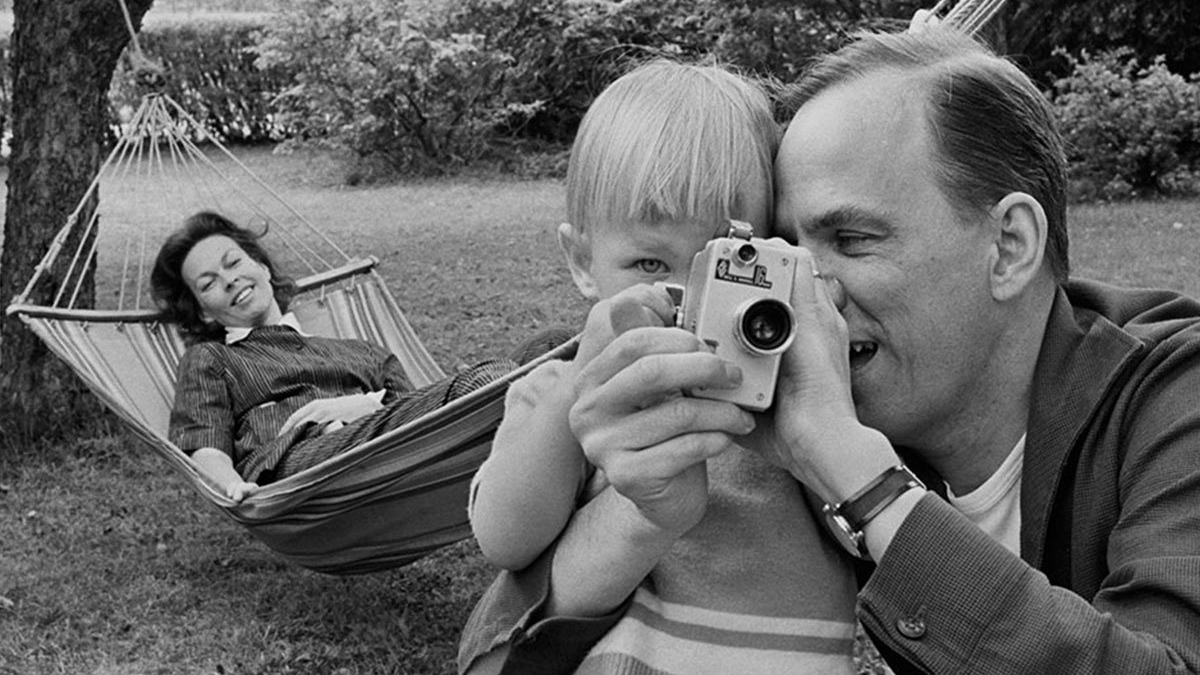 In the opening scene of The Seventh Seal, Max von Sydow’s knight, washed up on a barren beach, tells Death that his body is ready to die, but he is not. The conflict between the corporeal and the spiritual, the existential and the psychological; the search for identity between the body and the soul – these are the fundamentals on which Bergman built his cinema.

It’s apt, then, that German film legend Margarethe von Trotta chooses to open her documentary of the Swedish director on that same beach over sixty years later, telling us that The Seventh Seal was the first Bergman film she saw. “That was it for me”, she tells us. No doubt, that was it for many of her fellow Bergman aficionados, too. Bergman’s influence both on the auteur-led cinema of the mid-twentieth century, and as an enduring legacy, is well documented – not to mention blindingly obvious to any student of his films.

Smartly then, von Trotta keeps a light touch on the artistic context of his early cinema – the Cahiers du Cinéma and other male auteurs of the era – Godard, Truffaut, Hitchcock, et al – are name-checked, but von Trotta’s project is not repetitious historicising, but rather, as the title suggests, a search for the humanity behind the director’s camera. Through interviews with his actors and family, the film documents the smaller details of Bergman’s life, such as his jealousy of Swedish contemporaries and his love for Victor Sjöström’s 1921 film The Phantom Carriage, which he would watch “at least once every summer”.

For a director whose cinema is so rooted in existential dread and conflict, it’s surprising and delightful to learn of his love of the American soap opera Dallas, or that he enjoyed screening Pearl Harbour to the family at his cinema – albeit with the love scenes skipped over, leaving only the action sequences. Meanwhile, there is widespread admiration among von Trotta’s interviewees for Bergman’s willingness to keep experimenting throughout his career, particularly in his use of digital filmmaking in his final film, Saraband.

The most affecting portions of Searching for Ingmar Bergman, however, are its insights into his love of women, both in his casting of strong, complex characters, and of his numerous affairs and marriages. This is tempered by his son Daniel’s suggestion that he had so many children with different women because their pregnancies were “proof” that they loved him. Once he felt confirmed in their love for him, he could simply move on to the next woman and a renewed need for affirmation.

The film’s doggedly chronological structure – at odds with its ostensible privileging of psychology over history – sometimes leaves its personal observations feeling superficial. The notion that Bergman was stuck in a kind of arrested development, his childlike qualities fuelling a triumvirate of creative genius, feelings of inadequacy and emotional illiteracy is suggested multiple times throughout the film. It feels insightful but leaves a nagging feeling of surface-level psychology. Perhaps this is a harsh reading, but what we’re left with is nonetheless a phantom – a spectral silhouette where a person should be. Closing with another scene from The Seventh Seal, we’re left wondering if perhaps this is the point.