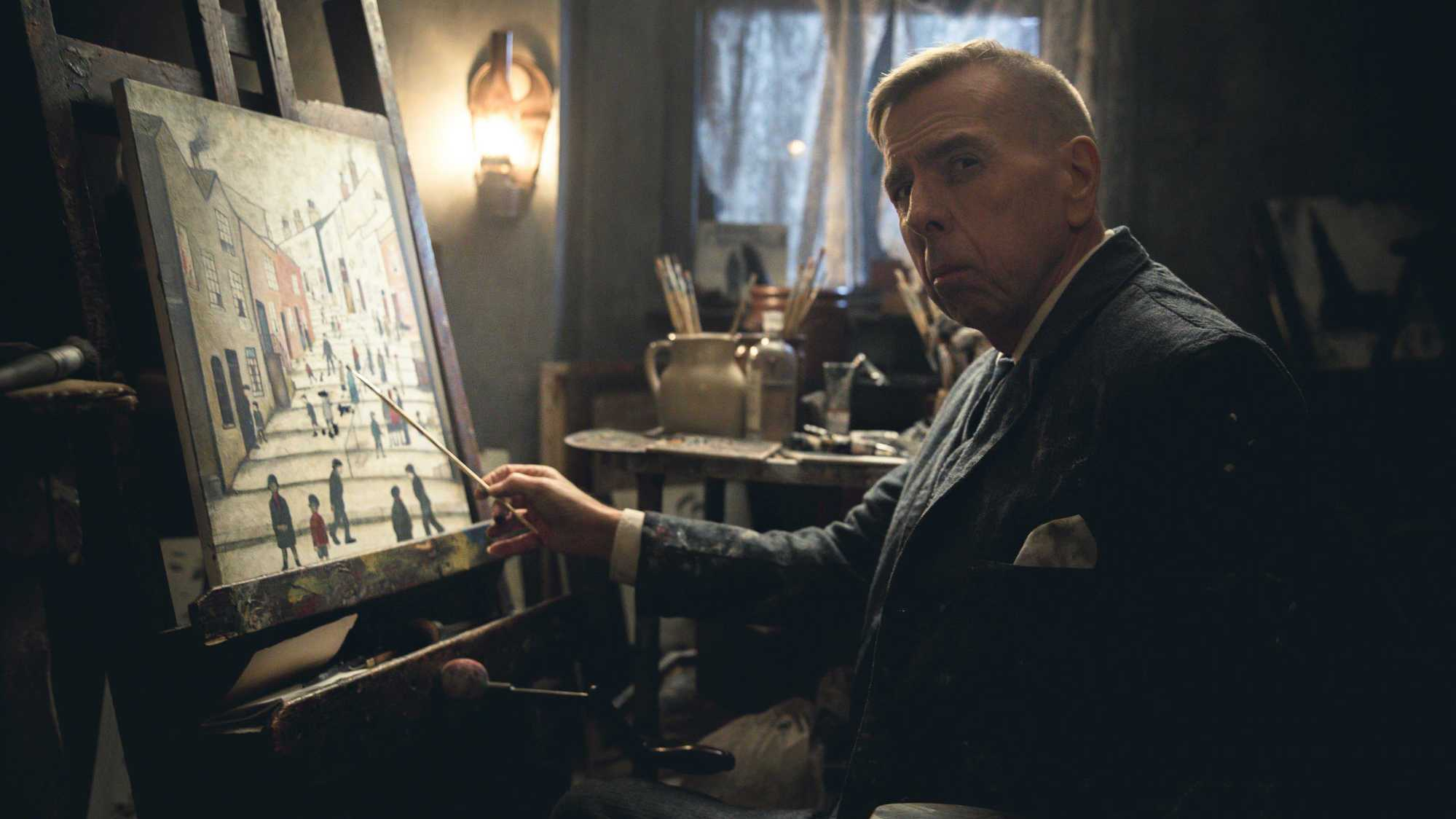 The painter in question is Lancashire-born L.S. Lowry, famed for his urban life paintings. Instead of focusing its attention on his works, however, Noble’s film, Mrs Lowry & Son, hinges on the tumultuous relationship between Lowry and his mother, Elizabeth Lowry (Vanessa Redgrave). The two live in Pendlebury, a middle-class area of Greater Manchester in the heart of industrial Britain, having been forced to relocate in the wake of their financially careless father and husband’s death.

Lowry collects rent during the day and paints in the dimly-lit attic at night, while his ill and crabbit mother lays in bed, requiring round-the-clock care. Lowry, ever keen to impress his mother, announces some news: he’s received a letter from London with the promise of an exhibition of his work. The news doesn’t change his mother’s view, however, still convinced that painting is a waste of her son’s time. The film takes this push-and-pull dynamic and runs with it. Noble concocting an almost theatre-like production of conversations, arguments, tears and broken hearts, fiercely played by two of Britain’s leading actors.

As impressive as Spall and Redgrave are, however, both individually and when in the throes of a heated wrangle of power and emotion, it’s not quite enough to carry a whole film. The script has little in the way of life and mostly skirts around the actual painting itself. Lowry is briefly seen dabbing a few colours here and there onto a canvas, and in Bolton sketching the massive chimneys of the factories, yet it’s not enough, and the film feels more like an extended chamber piece than a portrait of an actual artist. It’s something that would – and has – worked well as a piece of theatre work, though doesn’t quite cut it as a feature film.

The production aspects are assured, while muted, which fits in with the films overall tedious and dreary tone, yet doesn’t exactly scream engaging, despite the relatively modest run time. It’s a shame as there’s an interesting film to be made about the inner turmoil of Lowry, constantly battling against his mother’s downbeat voice constantly ringing in his ear, yet this isn’t it. Spall and Redgrave are both magnificent, rising above the material in a way only talented actors can. One wonders what they could have done with more interesting and passionate material.