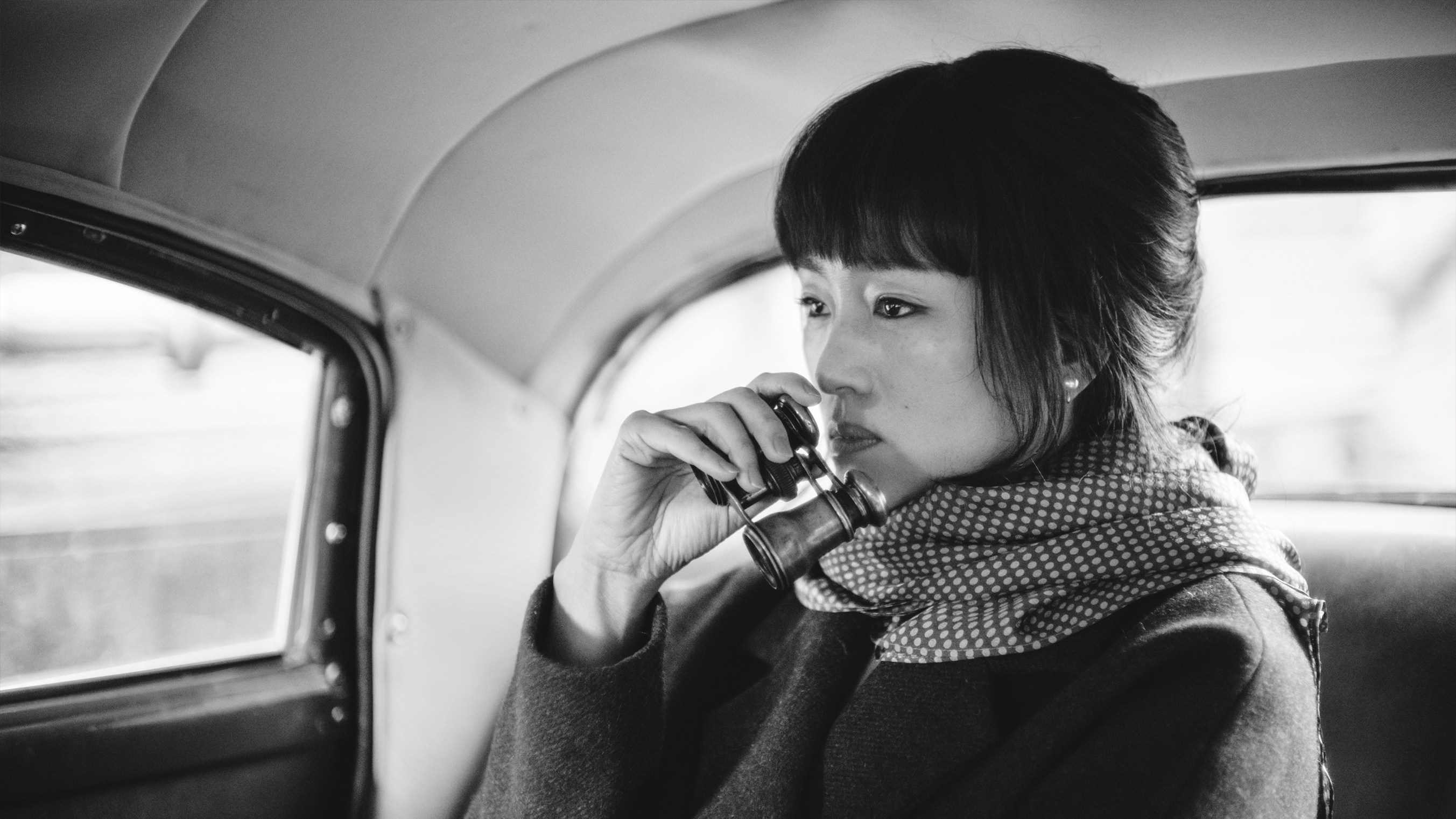 Suzhou River director Lou Ye’s wartime espionage thriller Saturday Fiction starts as a mysterious murky mess and resolves itself into a bullet-riddled noir. We first meet Jean Yu (Gong Li) in Shanghai circa 1937 as she is rehearsing a play – the titular Saturday Fiction – with director/lead actor Tan Na (Mark Chao).

The play is already about duplicity and masked identities. The two leads talk about a factory strike, infiltration, the bosses etc. as a jazz trio play anachronistic bebop and the other actors dance around the cafe oblivious to history’s impending doom. The film itself engages in the same kind of blurring shenanigans – the theatre-bound set frequently appears to be a real location and when the actors run backstage the camera follows them and the action into what looks like a non-theatrical warehouse.

With a plot as foggy as the grey black and white photography, the action now shifts to December 1941. Jean – now a famous movie star – has returned to the French Concession – a neutral zone in the Japanese occupied country. She is to appear once more in the play and reunite with her old lover Tan, but this time she is trailed by paparazzi and fans and has a dark history of espionage and political engagement which parallels that of her character in the play.

Jean has an ex-husband (Zhang Songwen) in prison; a French foster father Frederic Hubert (Pascal Greggory); and is also the target for an obsessive fan Bai Mei (Huang Xiangli). She stays at the luxurious Cathay Hotel run by slippery manager Saul (Tom Wlaschiha). Here, her phone is bugged but it will also be revealed to be a hotbed of anti-Japanese espionage, run partly by Hubert. At a further remove, producer Mo Zhiyin (Wang Chuanjun) is working with the Japanese, while Japanese officer Furuya (Joe Odagiri) circles warily, drawn to Jean’s resemblance to his mourned wife who was killed by the resistance.

If your head is spinning, don’t worry. Ma Yingi’s screenplay describes a plot drawn in smoke with editors Lou Ye and Feng Shan Yu-Lin keeping everything moving at a fair clip and piling deception and character on character, betrayal on betrayal until no one is clear who is who or what is what. Simpler-minded folk might consider this a fault, but the best film noirs have always enjoyed splashes of incomprehensibility at their hearts. Think of the missing murderer in The Big Sleep, or whatever is supposed to be happening in The Lady of Shanghai.

The furrowed brows worrying over details will be calmed by the last act anarchy, as all hell breaks out and gunplay resolves the loose ends with a shower of bullets. With nattily moustached henchman Kajiwara (Ayumu Nakajima) emerging as a villain of choice and Jean morphing into a John Woo-inspired femme fatale, the ponderous first half begins to make much more sense and the final twist is a satisfyingly weighty denouement.

Saturday Fiction certainly demands patience, shrouded at first in a smog of exposition. Once the scene is lit by bullet flashes the labyrinthine hotel and the theatre become treacherous death traps and the fragile boundary between performance and action, identity and role, fact and fiction, is broken entirely.