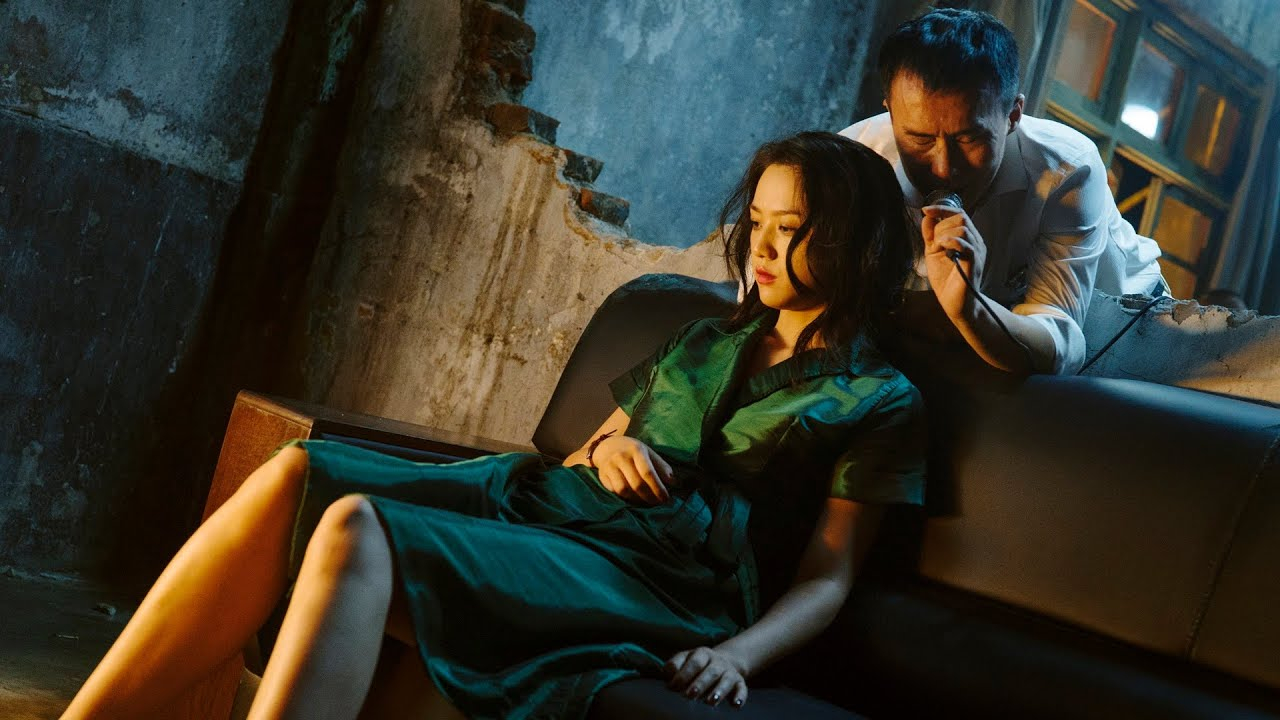 “The difference between film and memory is that films are always false”, muses protagonist Luo Hongwu (Huang Jue) early on in Long Day’s Journey into Night. If what we see, like Hongwu’s own perspective, is unreliable, and if we can’t even trust the narrator of the story, then how can we believe his memories – or more worryingly, our own? This is the question posed by writer/director Bi Gan, in this, his second feature. No answer is provided because it’s not a search for truth but a journey into our unconscious.

Years after fleeing his hometown, Hongwu returns to discover his father has died. Hidden inside an old clock of his father’s he finds a faded photo of a woman. The subdued grief about his father, combined with melancholy about the disappearance of his mother many years ago, pushes Hongwu to go in search of the mystery woman in the photograph. Travelling around in his late father’s battered van, Hongwu follows up fragmented clues he finds at each location, trying to piece together information about the woman Kaizhen/Qiwen Wan (Wei Tang). A blurring of identities and time seeming to fast forward and rewind in the space of minutes means Hongwu doesn’t easily find who and what he’s looking for, but his journey is a cathartic one.

A slow, beautifully shot, film noir mystery, Long Day’s Journey into Night propels us into a transcendental state, where we don’t really know what’s real and what’s imagination. “Do we know when we’re dreaming?” Hongwu asks, and through the pink/blue neon rainy haze on screen, it’s never quite clear what we’re seeing. With the use of reflections throughout – mirrors, puddles, windows, clock faces, rain against the glass – this is more than a hint at a parallel world of real/unreal; it’s where “…dreams are lost memories” as someone tells Hongwu. Characters, like the mixed-up past/present timeline, become confused, amalgamating into a strange blend of people known/unknown, and perhaps they, like the woman Hongwu is trying to find, are no more than a dream of what he cannot remember.

The disorienting and meandering first half of the film may leave a few bewildered, but the pace picks up in the second half, with a 59-minute long take, filmed in 3D, which begins when Hongwu sits in a cinema and puts on 3D glasses (which the viewing audience are able to join him in doing). This film-within-a-film is an unbroken, constantly-moving single shot, beginning with a handheld camera, then transfers to vehicle tracking, then Steadicam, then crane, then dolly, and more, and is an audacious delight.

The seamless blend of unedited, slow-moving, flowing camera positions transports us to the dream world that Hongwu is now in and fully immerses us in the wish-fulfilment fantasy he’s pursuing. Throughout Long Day’s Journey into Night, there is reference to a spell which makes a house spin, and in many ways, the technical accomplishment (cinematographer David Chizallet) of the second half puts the viewer under a spell of joy: this smooth-flowing dreaminess combined with the mystery of the first half makes for a sensuous, visually stunning, eerie tale, and it is compelling viewing.