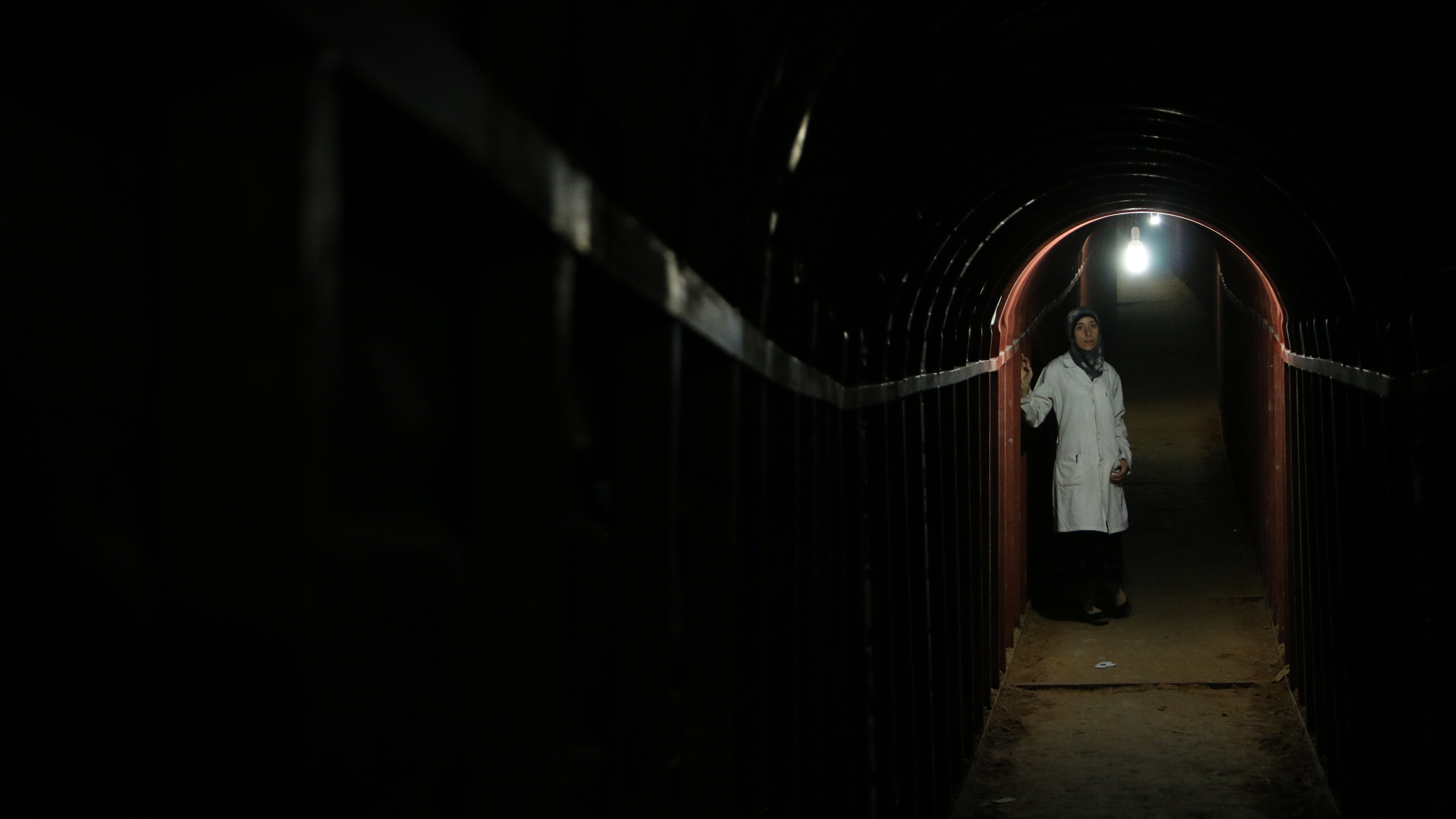 Following his 2017 documentary Last Men in Aleppo, Feras Fayyad returns to the humanitarian crisis in Syria, this time in the besieged city of Ghouta and its underground hospital, known as “The Cave”. Under siege for five years until 2018, Fayyad’s haunting documentary follows hospital manager Amani Ballour and her brave team as they try to help Ghouta’s citizens under the most appalling conditions.

While The Cave works as a counterpart to Fayyad’s last film, it’s also difficult not to draw comparisons with Waad al-Kateab’s outstanding and personal documentary For Sama, released earlier this year. They invariably navigate very similar subject matter, but their narrative perspectives and are distinct enough to complement one another rather than retreading old ground, particularly around the ubiquitous atmosphere of misogyny in Fayyad’s film. If For Sama depicted its subjects as resisting the inevitability breakdown of social and ethical norms, then The Cave is almost about the astonishing persistence of norms persisting in the most extreme circumstances – namely, the sexist assumptions of Amani’s patients, even as their very survival depends on the women treating them.

The blankly assured tone of one man who asserts that Amani should be at home instead of managing a hospital is met with exasperation by her colleague, Salim, and fury from Amani herself. Yet his prejudice remains unshaken in the face of the bare facts and his own self-interest. It is a quiet scene compared with some sequences later in The Cave, but it is perhaps the film’s key moment, a mind-boggling perspective on the way that cultural assumptions, no matter how contradictory, can persist against the crashing enormity of reality. Moments of levity persist, too – invariably around food and music (again, not dissimilar from For Sama).

A nurse struggles to make a decent meal of rice for her colleagues, cooking the batch in a makeshift pot with a hunk of margarine. Elsewhere, Salim sets up YouTube videos of classical conductors as he performs surgery, assuring Amani that he will cure their terrible musical taste. Yet horror is never far away – the doctors and nurses might joke about the sounds above, but the effects of Amani’s PTSD cracks its way to the surface with every bang and rumble, while nurse Samaher suffers from memory loss. Scenes of carnage are shocking, judiciously edited to preserve the dignity of its victims while evoking the unspeakable horror wrought on them, especially during a chlorine gas attack late on in the film.

If there’s one criticism to be levelled at the film, it’s perhaps Fayyad’s schematic use of emotive music in a few sequences, such as Amani’s moving interaction with a shell-shocked young girl. As the music swells, it feels – if not manipulative – certainly at odds with the unvarnished, quiet monstrosity of what is on screen. Nevertheless, The Cave is a raw, urgent film about one of the great humanitarian crimes of our times, made all the starker for the utter lack of a global response. Politics and diplomacy are rendered as chimerical abstracts while Assad’s monstrous regime reigns terror from above. The Cave’s doctors and nurses ask themselves, “is God even watching?” as the world looks on, indifferent.