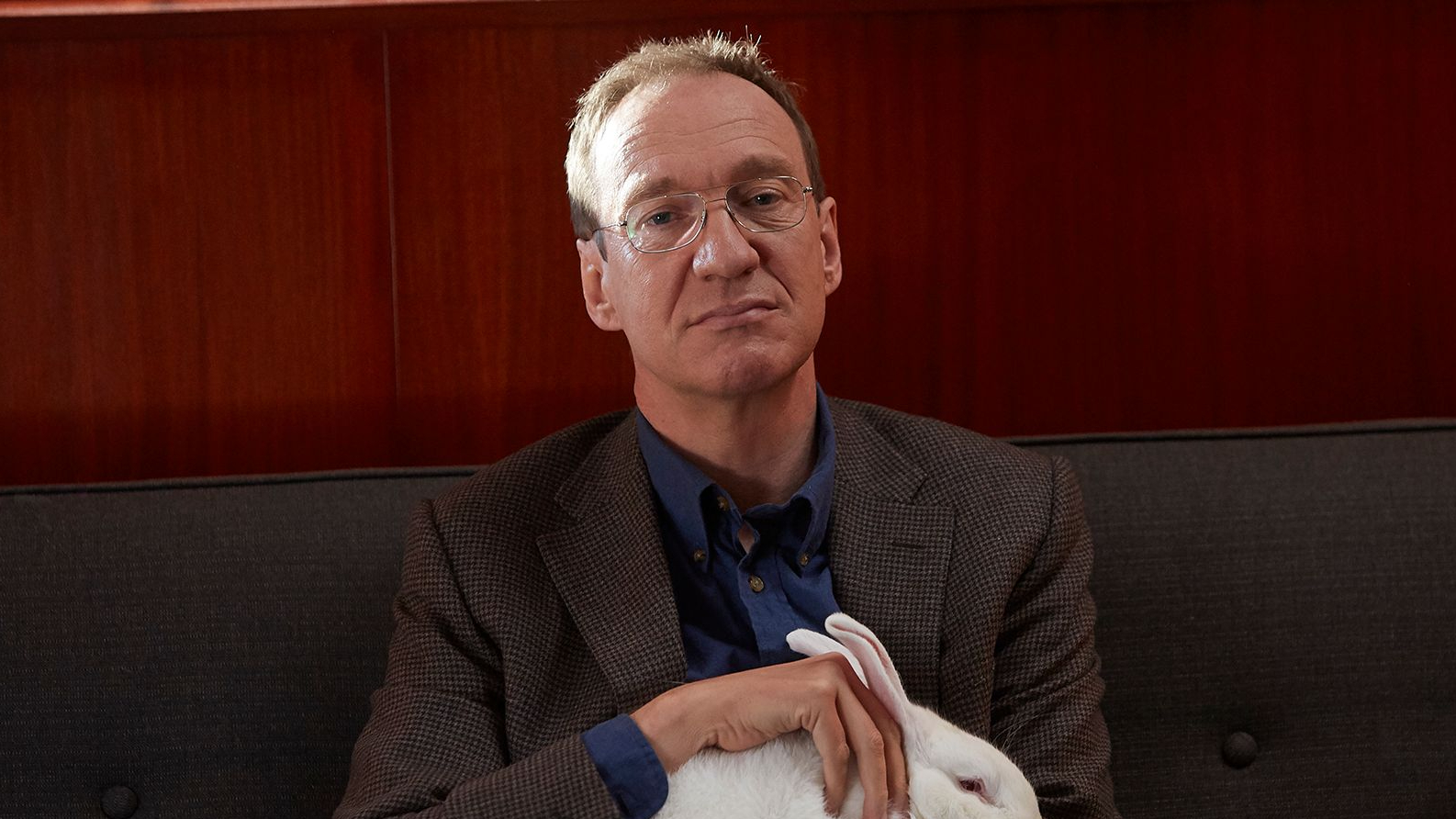 Messy, convoluted, tiring: adjectives that describe Veronica’s near 30-year relationship with her father as well as the narrative structure of the film that professes to examine it. These words, too, summarise the charges laid at much of Egoyan’s recent output, though in choosing to tackle a smaller, less provocative subject here than the Holocaust, paedophilia (The Captive), or child murder (Devil’s Knot), lower stakes yield surer rewards.

And so, despite the increasingly ludicrous piling on of twists and convolutions, Guest of Honour finds its moments of emotional reality between daughter and father, nurturing a catharsis that never fully ignites but nevertheless consistently flickers. The vast majority of this catharsis is down to Thewlis’ beautifully underplayed, sensitive portrayal of Jim, a man twice-widowed, failed restaurateur and latterly food safety inspector.

The framing device that introduces him – Veronica discussing his life with a priest (Luke Wilson, playing it so head-bobbingly sincere that his skull seems at risk of permanently fusing into his upper vertebrae) – is stupidly clumsy and unnecessary. Still, the time that we spend with Thewlis’ Jim almost make up for the rest of the film’s missteps.

Though we see little of it, Jim’s home life tells us everything we need to know of him. Looking after his daughter’s beloved, ancient 15 year-old rabbit, he is meticulous and dutiful in his care for it, a physical link to her – while she temporarily languishes in prison for reasons too convoluted to go into – and to the past. This strange, cold compassion is repeated in his occupation. He is a stickler for detail and works to the letter of his regulations, shutting down offending outlets at a moment’s notice. Yet he is not without mercy, either, gently warning junior staff of infractions when he is off duty while on one occasion letting his sympathy blind him to an obvious deception. This leads to the film’s tour de force as Jim drunkenly confesses his embittered heart to a captive audience of stricken Armenian diners.

Egoyan’s regular cinematographer Paul Sarossy does a good job of making sense of the film’s knotty plot; as it journeys further into the past, the frame becomes chillier with icy blues as if receding into petrified memory. Meanwhile, the closer we come to the present the warmer the colours become, ironically so as the day of Jim’s funeral approaches. Most of Jim’s scenes exist in an-between, sickly amber-green, as if trapped in a pull between his messy past and an uncertain future.

Nevermind the plot’s frequent self-sabotaging reveals and distractions and its ostensible positioning of Veronica as the protagonist: Jim’s story is the real emotional core of Guest of Honour. That core is lost in the edit and in the script’s muddled mishandling of the events and motivations surrounding Veronica’s conviction. But buried underneath the convolutions, the mistaking of melodramatic sensationalism over psychological reality, there really is something of a real emotional centre that just about makes enduring the rest worth it.