Film Review: On a Magical Night 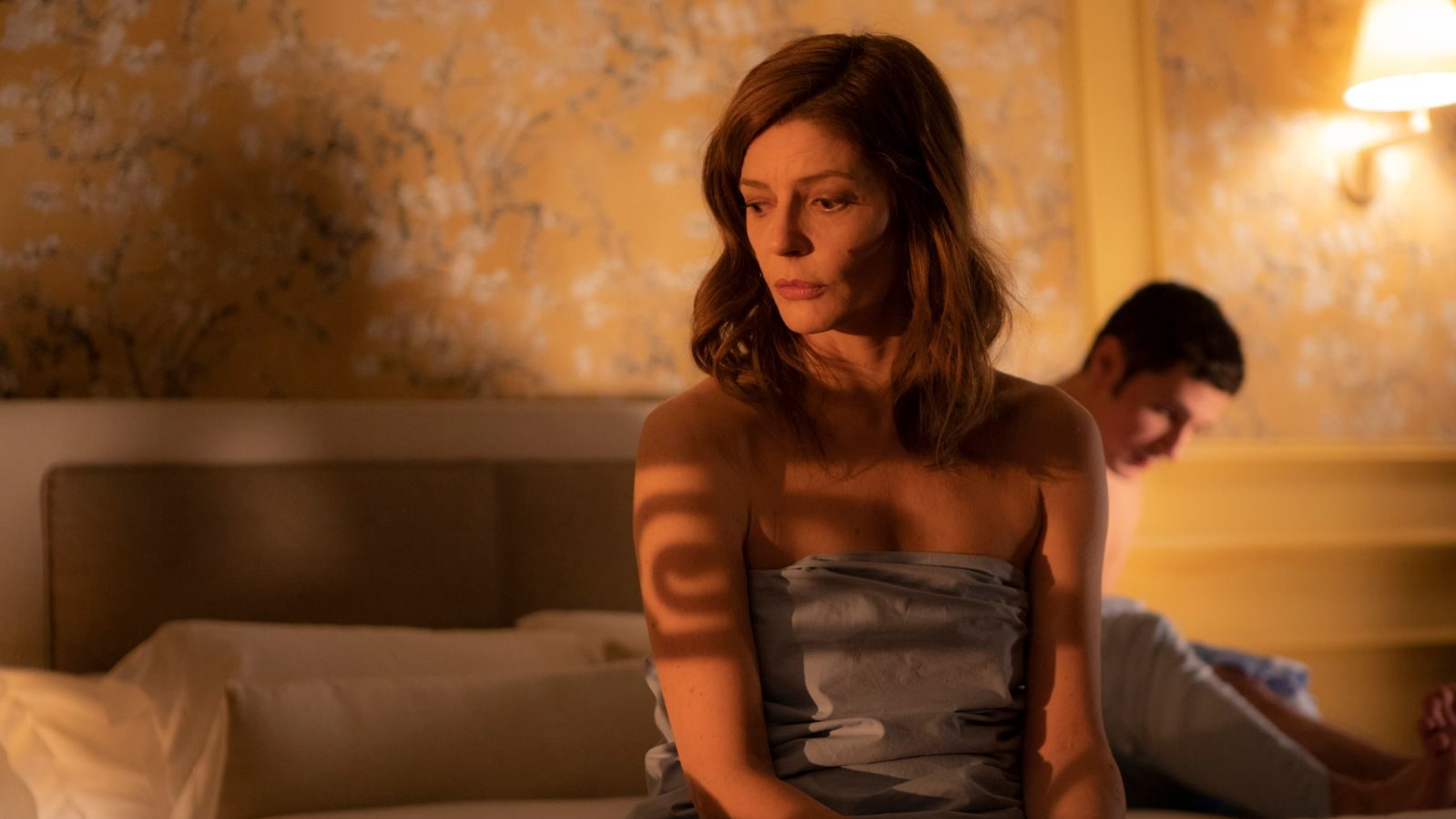 Magical realism is the order of the day in Christophe Honoré’s surreal, high concept sex dramedy On a Magical Night. After her husband, Richard (Benjamin Biolay), catches her cheating, Maria’s (Chiara Mastroianni) past physically manifests in the form of her old lovers, leading both Richard and Maria to reflect on the could-have-beens, never-weres and shouldn’t-haves of their lives.

We’re first introduced to Maria as she crashes nude out of the cupboard of her younger student lover, unable to stand the “obscene simpering” of his love-struck girlfriend. Evidently unfazed by the numerous ethical codes she has breached, she leaves his dorm before rakishly checking out the young guys that line the street as she saunters her way home. Even when Maria’s husband spots proof of her infidelity on her phone, she is remarkably untroubled by his shock, arguing that no marriage can last twenty years without a “bit on the side”.

Sadly, Richard doesn’t see it that way, leading to an argument that sees Maria spending the night at a hotel across the street, carefully selected so that she can observe Richard moping about their apartment. In this opening act, Maria is selfish and indulgent, and her imperviousness to the feelings of others or for basic ethics borders on the sociopathic. But through Mastroianni’s lived-in performance she is utterly plausible, even a little relatable. The conceit of having her past lovers manifest in the hotel room provides ample space to explore her psyche, but it’s Mastroianni who fills it. That space, too, is amply captured by cinematographer Rémy Chevrin, who with a symmetrical visual sensibility and use of softly contrasting colours composes some lovely moments of surreal psychological lightness.

First to appear is Richard as the passionate young man she met (played here by Vincent Lacoste). Honoré wisely doesn’t try to match Lacoste’s performance to the older Biolay’s: both Richards feel like entirely different men, helped by the fact that neither look anything alike. But in their difference, we see callow passion and weary age embodied. Ironically, it’s the young, fantasy Richard who gets the lion’s share of characterisation, making the sorts of witlessly pseudo-romantic promises – “I’ll show you the whales,” – that only 20-year-old men of a certain disposition could imagine are a good idea. Meanwhile, old Richard mopes aimlessly on his own. Their disparity as characters can also be put down to the old dramatic conceit of the unreliable narrator – why settle for sagging reality when youthful fantasy is manifest?

Fantasy certainly goes a long way to explaining Irène (Camille Cottin), Richard’s childhood piano teacher, with whom he had an adolescent affair. Appearing to Maria as she would have appeared to Richard when he met her at age 14, the film makes light of the fact that Irène probably statutorily raped Richard, drawing the ‘relationship’ not as innately abusive, but passionate and impossibly romantic. As well as being obviously icky, it signals the film’s broadest problem: as in thrall to its fantasy as its characters, On a Magical Night confuses what is admittedly a charming conceit for depth. Nevertheless, that charm is enough to sustain the picture across its 90-minute runtime, even if its effects quickly recede into memory.

On a Magical Night is available to stream on Curzon Home Cinema from 19 June.