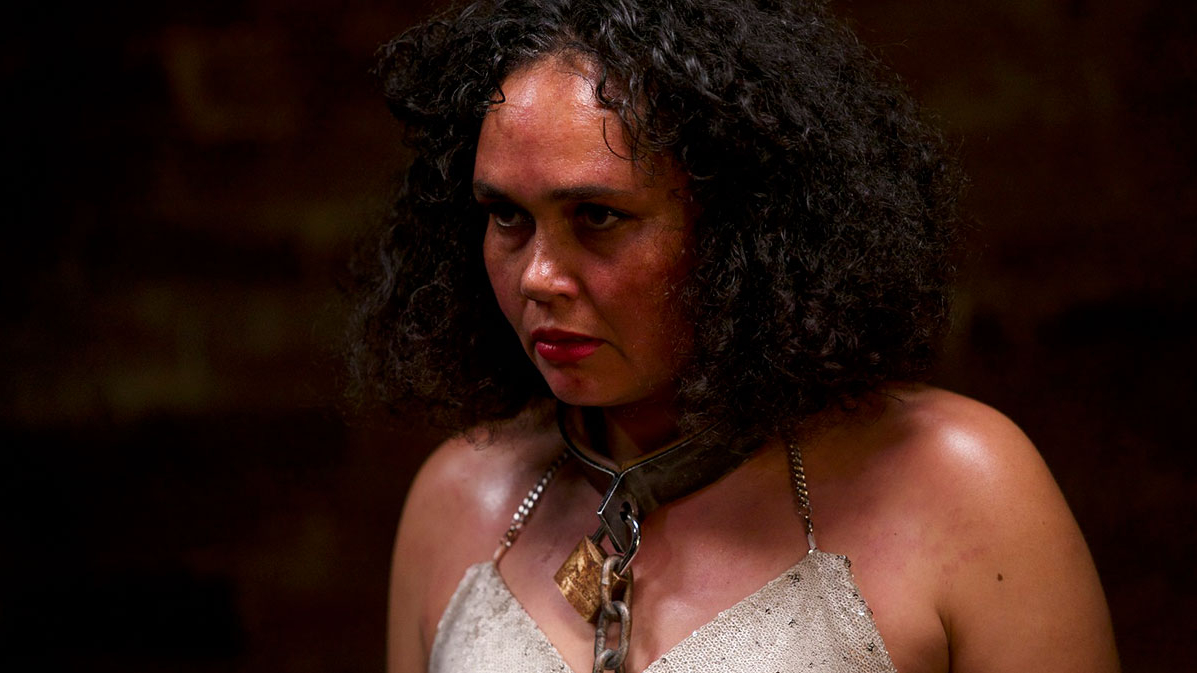 Anthologies are typically a mixed bag, and so it goes with this Australian collection of horror yarns directed and mostly starring indigenous filmmakers and actors. Dark Place’s mix of post-colonialist commentary and genre storytelling lends a fascinating perspective to a people outcast in their own land.

Commissioned to promote First Australian talent, Dark Place is an anthology film made up of five shorts, each around 15 minutes in length, discussing historical injustice and present-day woes. Of the five, the standouts are ‘Vale Light’, where a witch attempts to steal the heart and powers of her indigenous child neighbour, doppelganger tragedy ‘Foe’ and humorous but angry nineteenth century-set splatterstick, ‘Killer Native’, where a pair of idiot Pommy immigrants find themselves hopelessly out of their depth in the bush.

Sexual slavery, drug and alcohol addiction, mental illness, fragmented families, broken communities, single parenthood, forced assimilation, ostracisation from the homeland and genocide through imported whitefella diseases, constructed through the purview of genre cinema, the shorts are well crafted and acted. The range of talent involved is promising and it’s in general brilliant having indigenous voices putting their stamp in a variety of well-known genre conventions and tropes.

There is an irony to be had, too, in that although fantastical and nightmarish, none of it can compete with what First Australians have had to deal with in real life ever since Europeans invaded the country and acted like the original inhabitants weren’t there. Horror cinema can be a release valve by offering incredibly cathartic experiences. As Carlos Clarens, the film historian once described it, horror can be viewed as a form of mass therapy.

Let’s hope Dark Place isn’t a one-off, there’s series potential to be had from this setup, and indigenous filmmaking has garnered a lot of attention in the twenty-first century, with Warwick Thornton becoming a major voice, but it’s time others got a crack of the whip too. Horror films are often about the outsider, but rarely are the films produced by actual outsiders, people who find themselves even today second-class citizens in their own ancient land and with a rich storytelling heritage going back thousands of years.