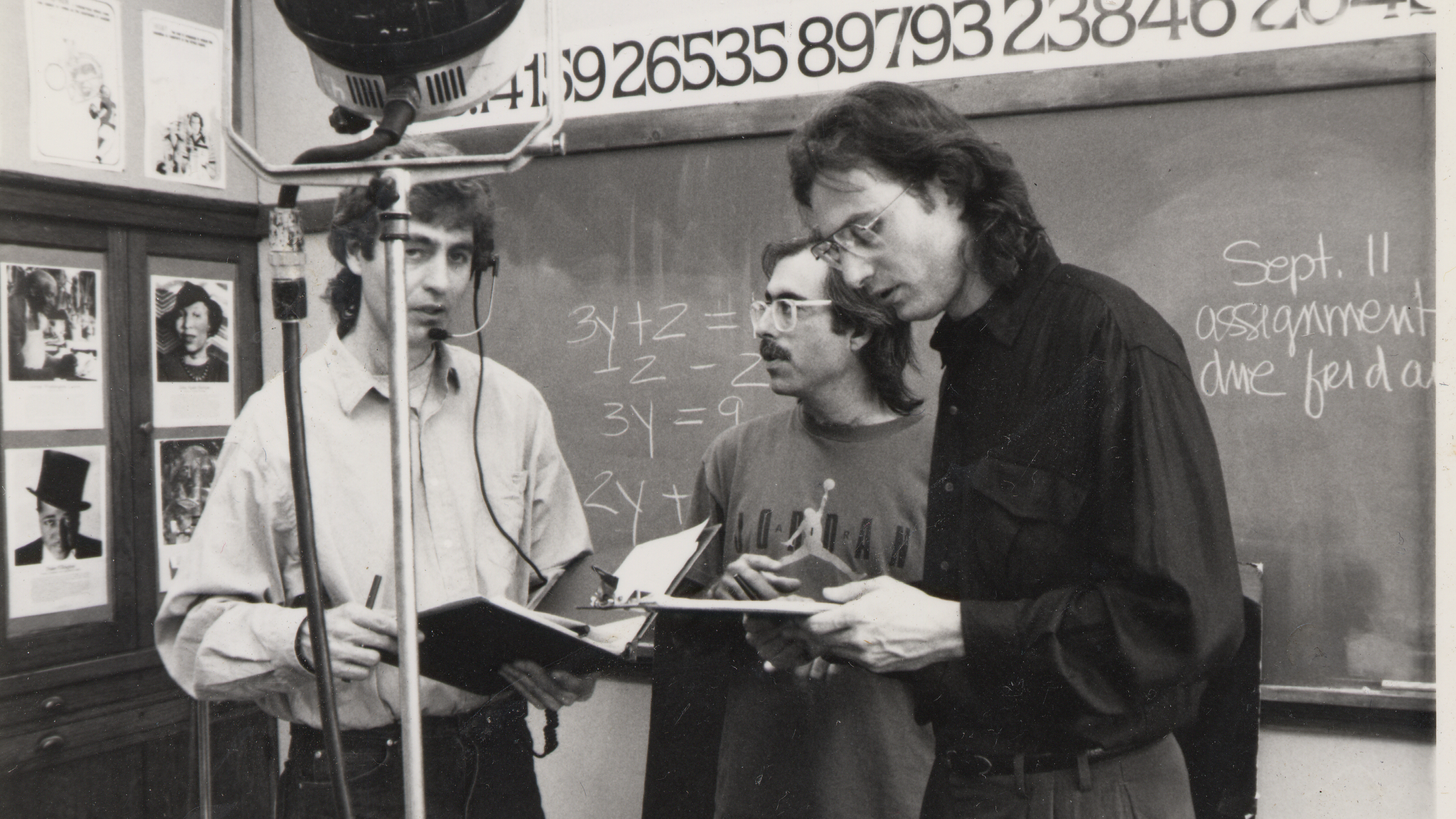 Steve James, Frederick Marx and Peter Gilbert’s seminal 1994 Hoop Dreams – making its UK Blu-ray debut this week – charts the aspirations and tribulations, the jump shots and the rebounds of two black American teenagers shooting for their own version of the American dream.

William Gates and Arthur Agee Jr. are two high schoolers who show a great talent at basketball. They are spotted by a scout who recommends them for the basketball program at a predominantly white high school, St. Joseph’s. The school is a long commute and despite financial assistance being provided, it soon becomes clear that it is tacitly conditional on both athletic and academic achievement.

The stories intersect but are largely told separately. The documentarians don’t hide their presence, commenting or asking questions off camera. They also broaden their scope to include the home life of the kids and families which are doing their best despite adverse economic conditions, that is to say poverty. What emerges is a portrait of a society in which there is very little in the way of a safety net, where bad luck can have catastrophic consequences and racism is casual and unacknowledged. And remember: William and Arthur have the good fortune to have a talent few possess, and which offers them the possibility of escape.

The dual narratives as they move through the school years invite comparison. William is quiet, diffident, hardworking, respectful and a superb player. He is the ‘deserving poor’ of Victorian times, and appropriately enough receives patronage from an executive at the Encyclopaedia Britannica. One year younger, Arthur is brash, goofy, uninterested in school and soon finds himself in trouble with St. Joseph’s for failing grades and unpaid tuition.

William’s father is almost entirely absent, though he has an older brother who himself has a history with basketball. Arthur’s father is intermittently present. In one scene, he visits Arthur on the outdoor basketball court and then goes to buy drugs on the corner in full view of the crew and his son.  The film soon deconstructs the narrative of the deserving versus the undeserving poor. William suffers a serious knee injury which puts his whole career in doubt while Arthur, expelled from St. Joseph’s for non-payment of fees, begins to excel on the public-school team.

Hip hop is exploding, and black culture is beginning to assert a dominance over American culture even as the endemic racism of American society continues unchecked. The coaches yell at their charges about ‘you people’ and one college Arthur goes to visit has a bungalow to house the basketball scholars, six of the only eight students in the whole school. Michael Jordan posters paper the walls of the bedrooms and “Be Like Mike” will soon be immortalised in an advertising campaign for Gatorade but is already an explicit aspirational model for teenagers such as William and Arthur.

That aspiration, however, also sees their families betting their own financial security on the very slim chance that their sons will make it to the NBA. At one point, the lights and gas are turned off and we see the family using lamps as they go about their household tasks. Reality TV has yet to be invented and the intimacy and trust the documentarians achieve feels fresh and novel. Off camera, they paid for the light and gas to be turned back on, which breaches objectivity but is honourable in its humanity.

And it’s the film’s humanity which is at the core of its genius. It takes its subject seriously. It never sneers or judges. It sees the context and is wise enough not to hold itself aloof. The recent Netflix/ESPN documentary The Last Dance charted Michael Jordan’s rise and rise, but Hoop Dreams shows the other 99%: the dreams which come at enormous cost or which are shattered and stymied. And yet along the way, legends are made, joy is found and some amazing basketball is played.

Hoop Dreams is out now for the first time on Blu-ray in the UK. Order here: dogwoof.com/hoop-dreams