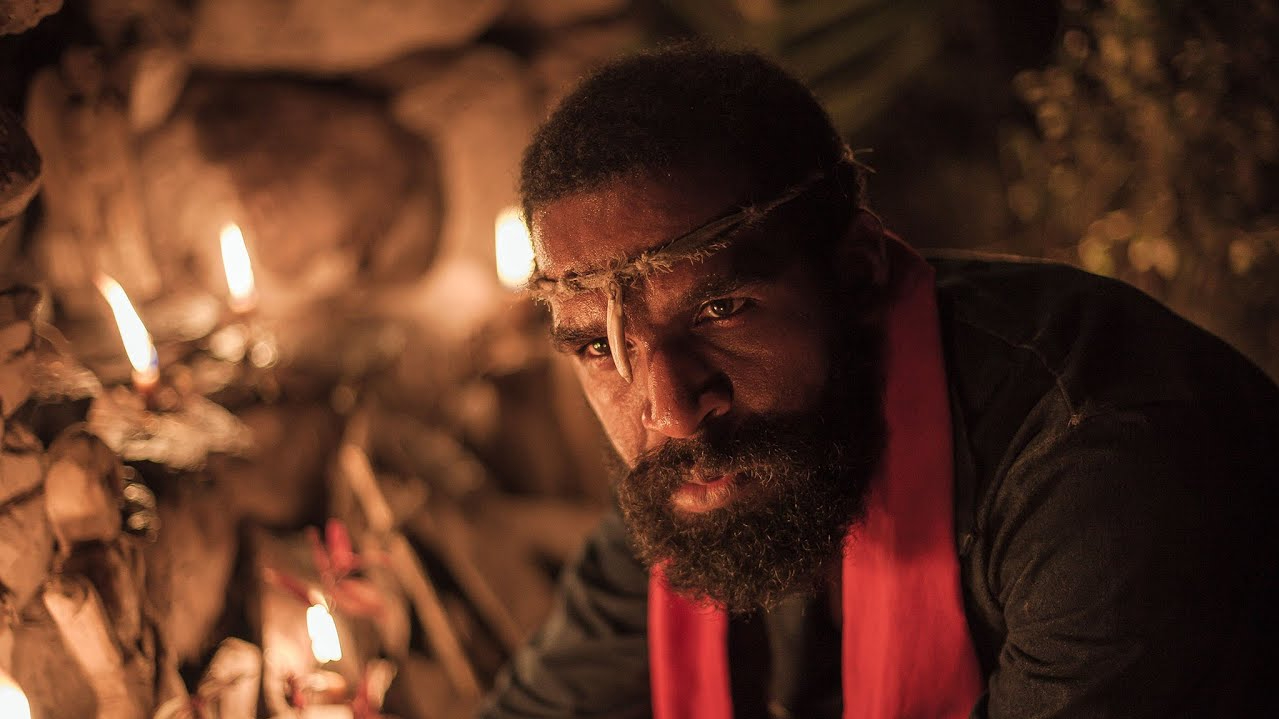 It’s the beginning of the 20th century, and Olivorio Mateo (Vicente Santos) is a peasant who disappears in the midst of a storm. In the darkness of a cave, he almost gives up hope but manages to escape in a way that appears to be magical.

Upon returning to his village, he calls himself ‘Liborio’, and dedicates himself to religion. He accrues a following, convincing the peasants around him of his ability to heal and to cast out evil. ‘Father Liborio’ – as he is now known – preaches a relatively simple faith – out with the evil, in with the good – but interweaves his own prophetic experiences with the folk tales of those around him. The community which gathers around him soon attracts attention from the local landowner ‘The General’ – and so they move themselves further afield to avoid interference.

Nino Martínez Sosa’s film is divided into seven chapters with literary titles. Each segment takes a different point of view from which to view the enigmatic figure of Liborio himself. This approach means that aside from the opening storm, Liborio is always a figure somewhat apart from the film, mysterious and unapproachable. Some of the witnesses are partial. There’s his adult son, who is overjoyed to find his father alive and dutifully follows him. There is the woman who becomes his chief follower, devoted lieutenant and the mother to his child. There is an outsider and recent convert, who does not fit in well with the community and whose background is dubious. This multifaceted approach allows for Sosa to posit Liborio as a historical figure, but the film does more than that. It actively believes in him.

Oscar Duran’s cinematography makes the most of the beautiful Dominican landscape, suggesting an Edenic existence, but also aspires to the numinous. The original cult of Liborism saw Liborio elevated from folk healer to actual incarnation of Jesus Christ, before being violently suppressed. Here, he transitions from Papà Liborio to Saint Liborio and yet as he does this he also remains something of a passive figure. His prayers and his preaching is part of the community and others name him and praise him. He doesn’t seek confrontation with the authorities, nor does he preach a radical political engagement, though at the turn of the century suggesting peasants have souls probably accounted for radicalism. It is with the arrival of American forces that the survival of Liborio and his followers is truly endangered.

Liborio has appeared time and again in Dominican history as a symbol of hope and resistance against various oppressive regimes. Here, Sosa has returned him to a magical figure and ultimately tragic figure.