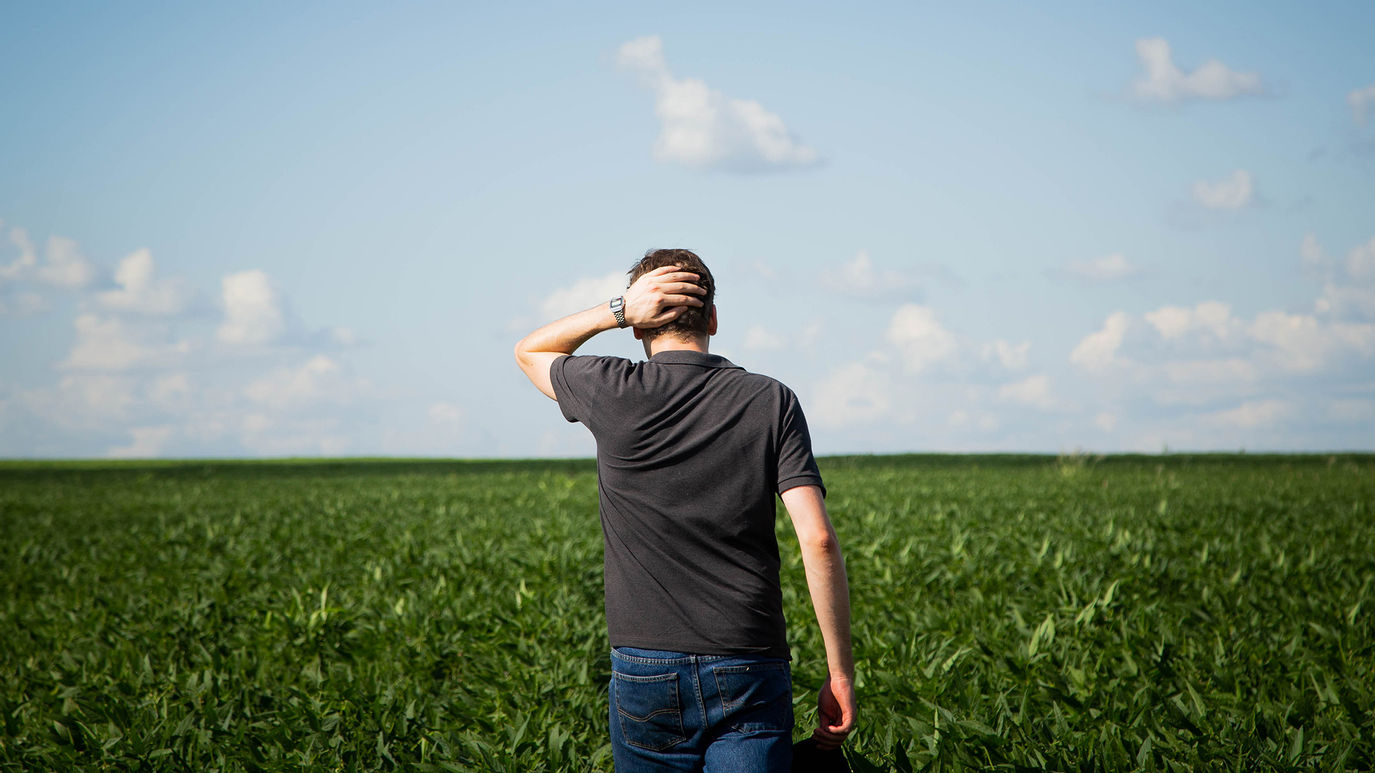 In a small rural town in the middle of acres and acres of soy fields, bodies keep turning up. The latest is the body of a trans woman Madalena (Chloe Milan). The lives of three people seem obscurely affected by the event and are told as separate vignettes.

Luziane (Natália Mazarim), who works as a club hostess, goes to Madalena’s house to get some money. She has heard about bodies being found in the fields from an older relative but tells her to unsubscribe from those groups. In Madalena’s house, she finds not only an emptiness but also a darkness. Something we don’t see but she witnesses. A kind of haunting.

Cristiano (Rafael de Bona) is the wealthy heir apparent of a large agribusiness, whose drones surveill the endless fields of soy and whose machines harvest them. He is injecting himself with hormones to bulk up and drives an expensive car. But he finds something in the fields, once more a darkness that lingers. Finally, Bianca (Pâmella Yulle) is a trans woman and friend of Madalena. She and two friends divide Madalena’s belongings before going on a day out to go swimming in a river.

It takes a lot of confidence to approach a subject as obliquely as Madiano Marchetti approaches violence to the trans community in Madalena. And yet the obliqueness is the point. We don’t see the violence at all, or even the hatred and transphobia that leads to the violence. Instead we detect – if we are perceptive enough – a series of absences. There are the generic absences: there’s no police turning up, no forensics at the scene, no wailing, grieving relatives, no investigation, no suspect, no murderer. The murder is habitual. A frequent post on your Facebook or WhatsApp group. It is repressed. And like everything repressed it comes back in another form, a haunting presence of Madalena herself, a darkness that infringes on and toxifies other lives, more deadly in its formlessness.

Cinematographers Tiago Rios and Guilherme Tostes capture the pulsing heat and the oppressive endlessness of the fields with an emphatic intensity. Nature has largely been tamed and, judging by the uniformity of the housing, so has humanity, but there are still small oases of wild overgrown jungle. The agribusiness goes on as usual around these. A convoy of tractors crawl slowly down the road; a flock of drones pass over the fields. And Madalena’s friends chat and joke as if nothing has happened. So much so that when a title appears at the end of Madalena about the incidence of the murder of trans people, it’s easy to suddenly realise that even as an audience we’re not immune from forgetting.