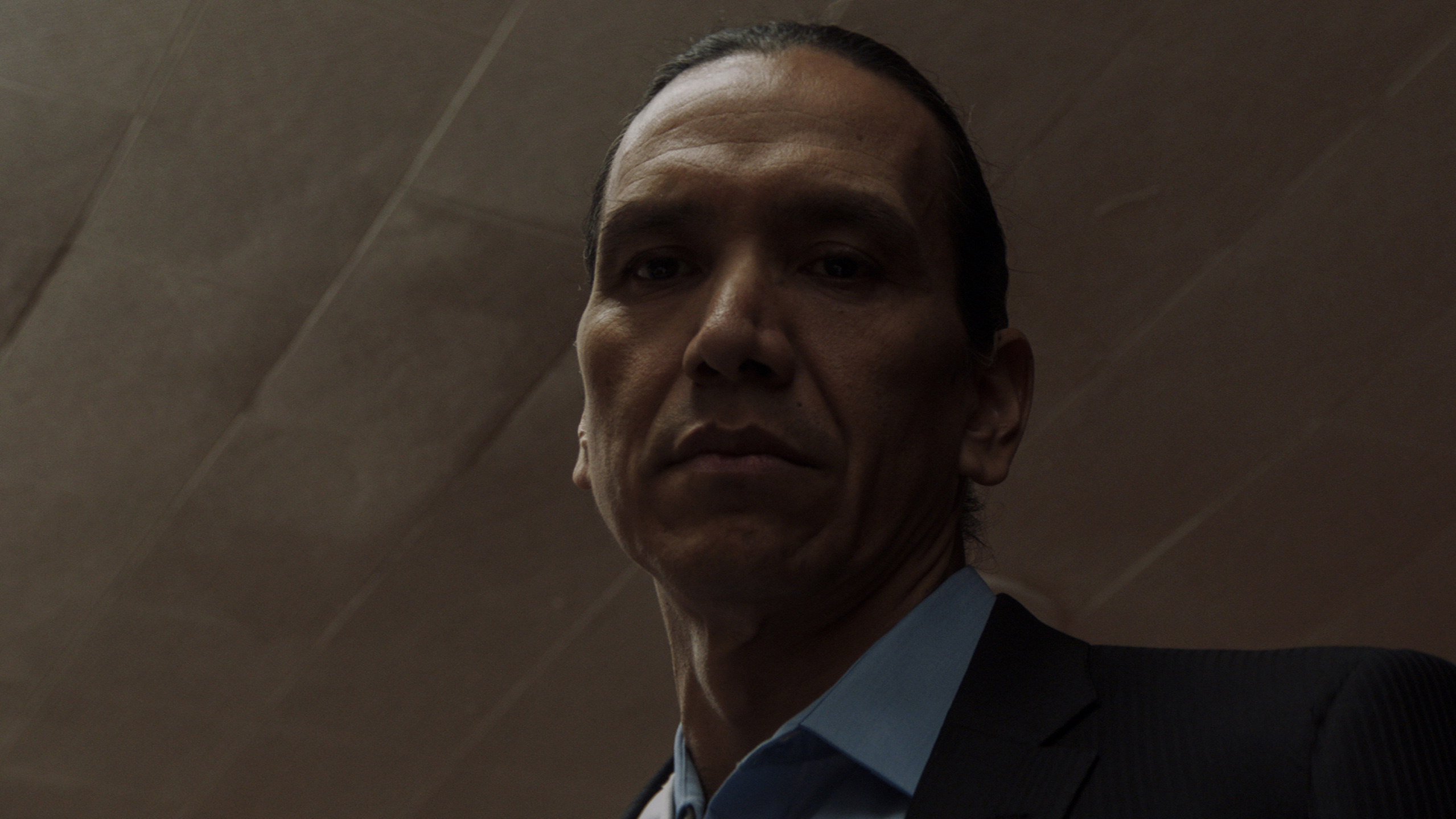 The past cannot and will not stay buried in Lyle Mitchell Corbine Jr.’s Wild Indian. A tale of generational violence passed down from fathers to sons, it features two young men who share a despicable secret, scarring them for life in ways both struggle to reconcile.

Corbine Jr.’s feature debut as both writer and director is a sinister, guilt-ridden drama that is pared back to its bare bones. Therein lies, conversely, both its genuine strengths and certain weaknesses, leaving the end result to not quite pack the punch it might. Opening and closing with bookended scenes from ‘Some time ago…’ we see an Ojibwe man, stricken with smallpox, tending to his ailing wife. This prologue subtly introduces the notion of suffering caused by external forces. Outside of one’s control, the body – or indeed a Native people – tries in vain to fight off the virus of an invading force.

The point is neither laboured nor explored fully, lurking somewhere in the space between the then and the now, the crystal blue sky and dark forbidding river. We flow forward in time to the 1980s where Makwa (Phoenix Wilson) hides the bruises suffered at the hands of his father from his school priest and teacher behind a long fringe. With only his cousin Ted-O (Julian Gopal) for true company, he longs to escape the reservation and a home life he can no longer bear.

Violence begets violence and a shocking act that Makwa commits is concealed by a pact of silence between the pair. Jumping forward in time once more, the boys are now men. Makwa (Michael Greyeyes) lives in California, has a successful career, a beautiful wife and a baby boy to whom he can neither relate to nor seem to love. Ted-O (Chaske Spencer) is reintroduced to the film as he is reintroduced to society, leaving prison with striking tattoos – OJIBWE around his throat and a bear claw on one cheek.

The idea that the latter has returned to his roots as a source of solace through hard times is counterbalanced by the former’s use of his Indian ancestry as a niche to get ahead professionally. Having changed his name to Michael Peterson, Magwa seems to use his heritage when convenient. Or perhaps his new identity was merely a way to escape detection of his past misdeeds. In an odd discussion with a colleague (Jesse Eisenberg, in essentially a cameo role), Michael debates whether he should cut his ponytail – a significant part of his identity, but something he is willing to chop and change should it be advantageous.

There’s almost something of Javier Bardem’s Anton Chigurh from No Country for Old Men in Greyeyes’ chilling performance. The flat, one-note delivery, which rarely wavers, and his shark-like black stare are unsettling, and with good reason. For though Ted-O is remorseful, and confronts his demons head-on – very impressively in Wild Indian’s stand out scene – Michael may have moved across the country and changed his name, but the past has not relinquished its grip.

Corbine Jr.’s debut is a lean, disconcerting and impressively shot character study. Hovering on a glimmering knife edge, there are flashes of brilliance here. And though these are not pursued to the extent we may wish to sustain this first effort, his talent and vision is certainly one to look out for.