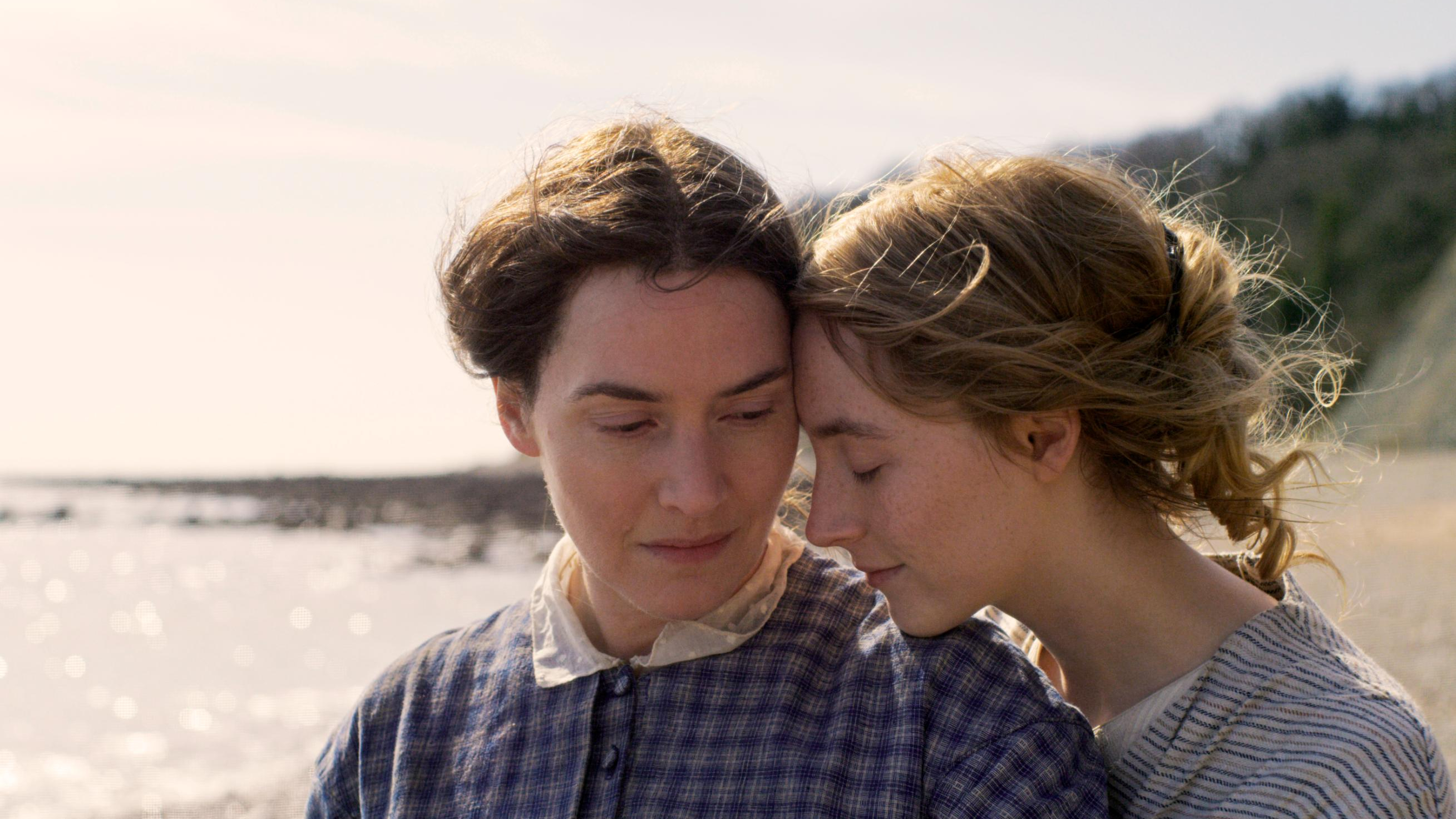 “Last year at this time we had snow, and now it’s nice.” An earth-shattering, potentially life-altering sea-change occurs behind closed doors for two women living under the constraints of Victorian conservatism in Francis Lee‘s Ammonite.

Encompassing the cold, muted tone of the entire script – and indeed the era, this one line demonstrates, in just a few words, how its restrictive emotional restraint is conversely both its strongest asset and greatest limitation. There is an invisible, intangible barrier between audience and character that sets a distance between those looking and those being observed in Lee’s second feature. Much cannot be uttered out loud, must be kept secret, cannot be acted upon; and it is in this conflict between desire and convention that lies the crux of this narrative. The film tells of one fateful season in the life of pioneering palaeontologist Mary Anning, here embodied by a breathtaking Kate Winslet.

Through a literal pane of glass, the film is bookended by scenes in which we contemplate a fossil she uncovered, exhibited at the British Museum, but listed under the name of the man to whom she sold it out of a practical need for the money. Of the many ceilings that were in place in the first half of the nineteenth century that we encounter, male chauvinism – and credit taken for the skilled work of a woman – is high among them. Indeed, in the opening seconds, on her knees scrubbing the parquet floor of the exhibition, a scullery maid is literally pushed aside while undertaking her duties.

Through a modern lens, the manner in which we view the interplay of past with present perspective is one of a number of undoubted strong points to Lee’s direction. The film is handsomely made and the Dorset coastline has never been such a bleak, wild, roaring wonder to behold and to hear as it is exploring its coastline with Mary. And as in his astonishing Yorkshire-set debut, God’s Own Country, the arrival of a stranger to her provincial hometown of Lyme Regis lights a fire of sexual awakening long ignored, or purposefully suppressed, by the thick clay of the Jurassic Coast and illiberal attitudes of the time.

But how brightly will that fire be allowed to burn? Discoveries of far more than fossilised sea creatures will occur as Mary’s daily routine of trawling for buried treasure is interrupted by Charlotte (Saoirse Ronan). Come to take the sea air and convalesce after losing a child, she is no sooner introduced to Mary than her husband (James McArdle) departs on a geological survey, leaving his wife under Mary’s begrudging tutelage. From frosty beginnings, an imperceptible gravitational pull draws the two women ever closer together.

The issue of miscarriage, another that men leave women to deal with alone, with little more than a second thought, is brought out further by Gemma Jones’ nuanced performance as Mary’s mother. It is rather refreshing, in fact, to be able to say that Ammonite is a film without any strong male performances. The irony being that their influence is felt throughout as a barrier to progress. However, the film’s best moments come in the exquisite, unspoken lines of communication, nervous glances, tentative physical closeness between two actors on very top form.

And yet, in spite of two committed performances, when an unwelcome piece of correspondence causes a rupture, there is not the wave of emotion you might expect, or want to feel. Of course, the extent to which and how effectively the objective tone resonates will differ from viewer to viewer. Given its place and time, Ammonite’s coldness is perhaps apt, but its stiff upper lip may well not do enough to make yours quiver, either.