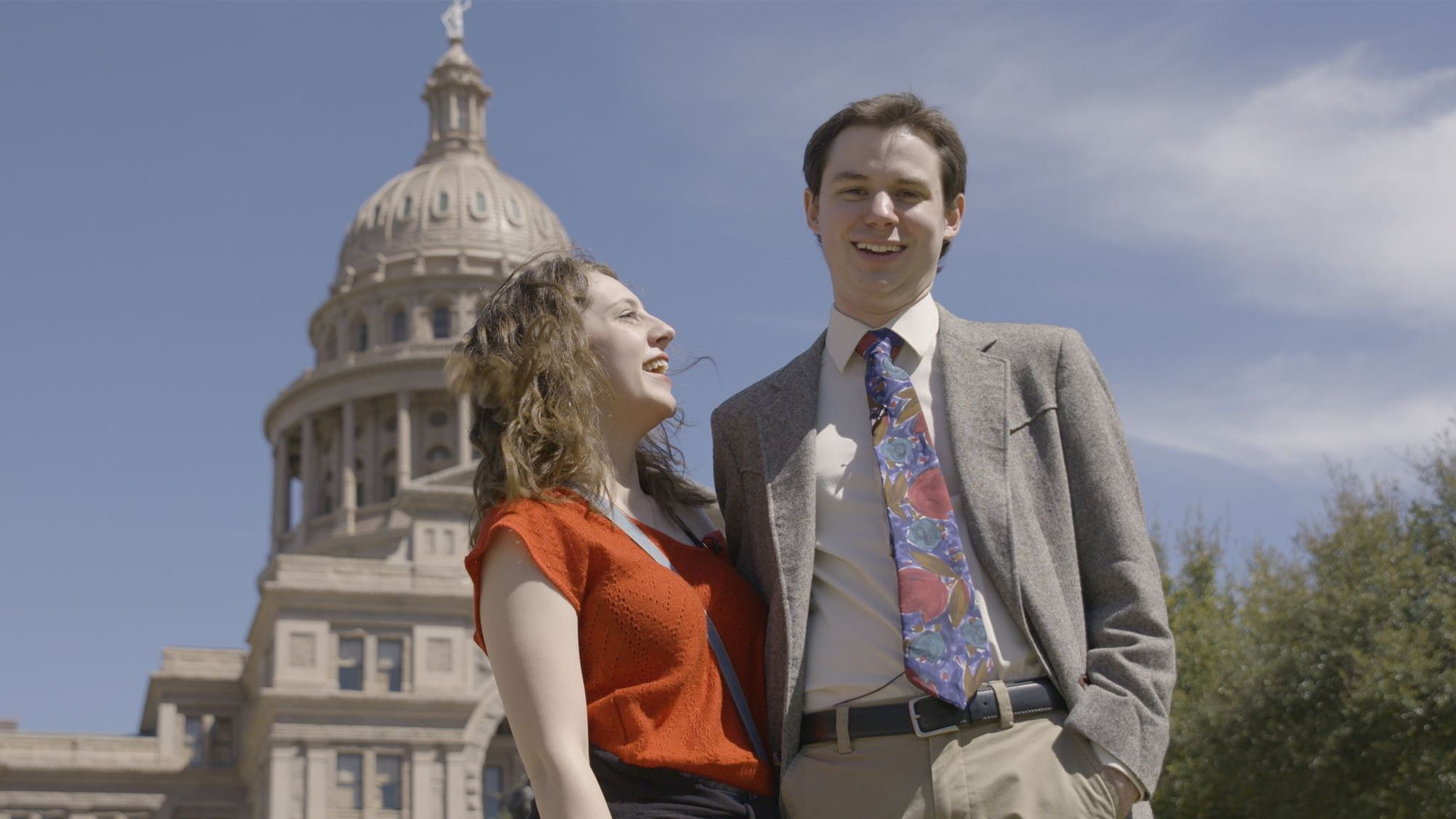 As spousal encouragement goes, “Just don’t be an asshole,” is about as frank as it comes. But if you’re running for city council for the first time, it’s not a bad place to start. Jasmine Stodel’s Kid Candidate follows 24-year-old Hayden Pedigo from debut campaign no-hoper to improbable torchbearer for the disenfranchised youth and ignored, impoverished minorities of Amarillo, Texas.

There isn’t perhaps the ardour or defiance of something like Rachel Lears’ Knock Down the House, but the grassroots objectives and desire for systemic change are no less fervent here. And that’s not to say that either candidate or filmmaker lack sincerity or conviction, but rather to begin with they aren’t entirely sure what they’re getting themselves into. Opening with a flurry of (purposely) farcical, Harmony Korine-inspired promo videos, a kaleidoscope of internet searches and derisory headlines, it’s no surprise that Pedigo isn’t – at least initially – taken at all seriously.

Thumbing his nose at the stuffy, staid elite and old money that have run Amarillo for as long as anyone can remember, imagine something between Napoleon Dynamite and if the kids from Super 8 went into political consulting in later life and you have the idea. However, with 70,000 views in a day, what starts out as a joke surely couldn’t be anything more, could it? A city that offers next to no opportunity for its young people – especially creatives like musician Hayden (whose excellent guitar instrumentals fill most of the score), and consequently sees the majority move away post-high school, so entrenched is the political disinterest that even getting more people out to vote would be a step in the right direction.

Making the most of the slim runtime with succinct testimony and deft editing, Stodel explores a range of viewpoints and context to elucidate her message and Hayden’s vision for his district: the influence – ie financial stranglehold – of conservative focus group Amarillo Matters; the ongoing legacy of the Civil War and historical voter suppression; the American Dream as attainable only for a certain few; the degradation and lack of development for black and immigrant neighbourhoods. Themes that are all too familiar for those who will listen. And along with his wife’s sage advice in the opening moments, it is simply in listening to – and really hearing – the people he meets that Hayden, and the film, distinguishes himself.

Upsetting the apple cart, or rather the long-established gravy train, by giving a voice to the voiceless, the inevitable insults and character assassination from opposing sides take their toll. Stodel’s closeness to Hayden, which is highlighted in a moment of much-needed support, doesn’t detract from her relative neutrality elsewhere. There’s no doubting as to which side of the David vs. Goliath fence she sits, but wealthy incumbents are given their time to speak without direct reproach or counter question. “Corporate, business-like city government will do anything to retain power,” says activist Claudia Stravato. The smallest of microcosms, whose ripples wash out across the US and even further afield, Kid Candidate is a plucky little contender that demonstrates the size of the task at hand, but that maybe, just maybe, there’s hope for generations to come.