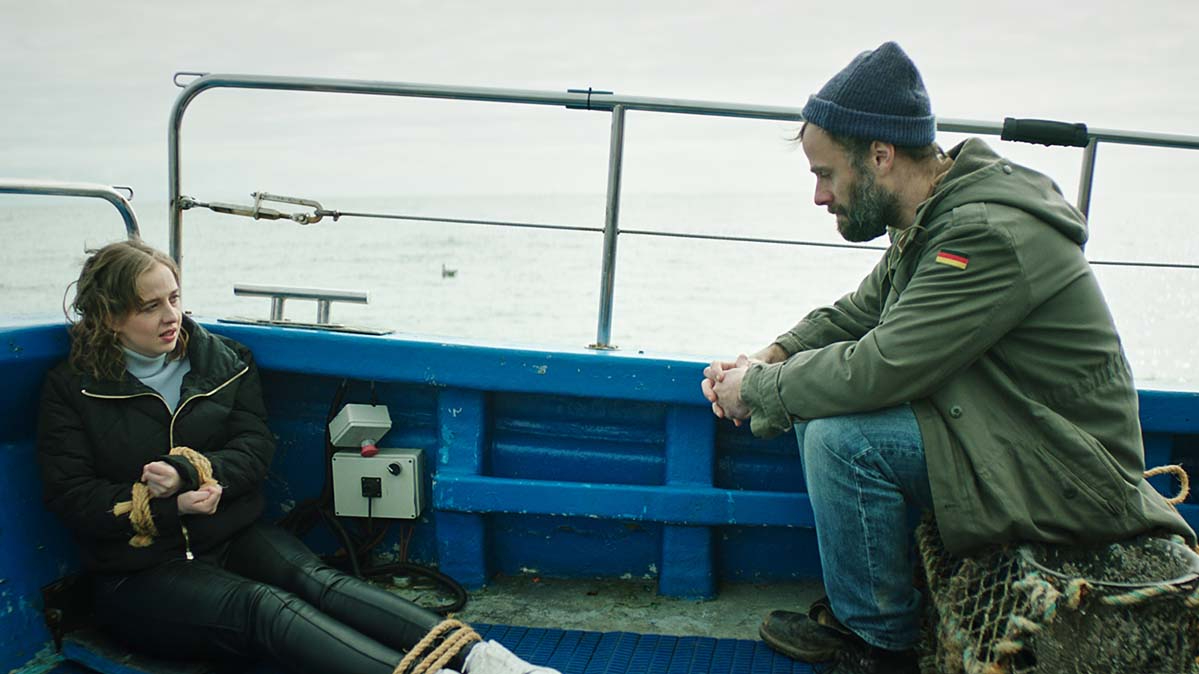 Emmerdale actor Dominic Brunt moonlights as a horror filmmaker. Evie, his fourth time on bullhorn duties, co-directed with Jamie Lundy, is based on the Celtic and Norse myth of the selkie, a derivative of the better-known mermaid.

For Brunt, Evie is both a step up and a step back. Its gloomy beach-set scenes are atmospheric and rugged. In other words, he knew to let the locations do the heavy lifting and the widescreen cinematography provides oomph, too. Visually, these sequences look fantastic and eerie. The issue really with the film lies in the handling of a script featuring twist and revelations, which are delivered poorly. It’s not necessarily the story at fault, more how it’s been crafted and presented on the screen. It feels a step back from his strong debut, the zombie thriller Until Dawn, while Attack of the Adult Babies was an amusing exercise in bad taste cinema.

The film begins with Evie in childhood. She’s at the beach with her brother and mum (played by Joanne Mitchell). Left to play on their own while the mother goes to prepare dinner at their farmhouse atop the cliff, Evie wanders off and finds a necklace with supernatural properties. From thereon in, Evie’s life is turned upside down. Years later, she’s hit the bottle and is struggling to cope after years in and out of foster and care homes. When she gets the chance to return to her home by the sea, Evie is forced to recognise and remember the tragedy of her past.

Evie suffers from making certain plot points unclear, such as the selkie myth for a start and how it connects to the main plot. It might be the sound mixing or the annoying didactic score and rumbling sound design attempting to force a non-existent tension to materialise, but the mythology could have been made clearer. In general, the focus on the over-earnest storytelling isn’t tight enough and it ends up feeling like a psycho drama with unnecessary supernatural embellishments attached rather than a weaving of genres.

As a regional filmmaker – and a totally independent one at that – Brunt is trying to make and offer a British cinema that is more than social realist misery or cultural necrophilia, to quote Simon Schama’s dismissal of period dramas romanticising historical British class structure. This is a worthy aim and Brunt has got better work in him. Evie feels like a misfire, regardless of his noble aims.