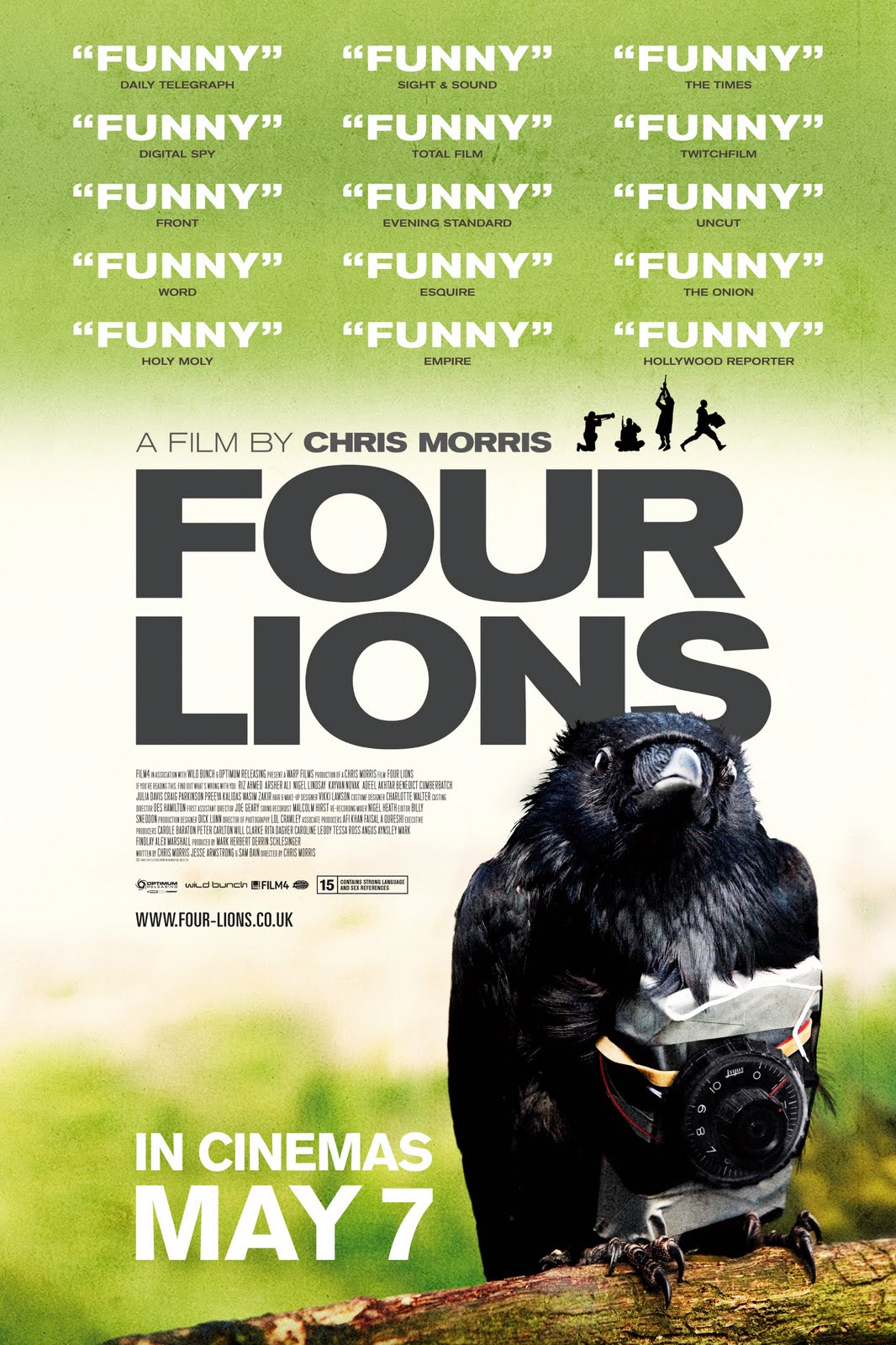 It was almost inevitable that the cinematic debut from actor, writer and director Chris Morris would attract an inordinate amount of controversy and media attention. For those uninitiated in the work of British comedy’s enfant terrible, Morris kick-started his career on Armando Iannucci’s BBC Radio 4 news-spoof On the Hour as a veracious, ‘Paxman-esque’ news anchor, later reprising the role in Iannucci’s televisual debut The Day Today.

With a healthy disdain for both the media and regulation (in any from), Morris was subsequently hired and fired by BBC Radio 1 after a number of infamous stunts (including appearing to announce the fabricated death of then-senior Conservative MP Michael Heseltine) before producing the Channel 4 satire Brass Eye. The show’s 2001 ‘Paedophilia Special’ remains one of the most controversial programmes in UK television history with over 2000 recorded complaints from the general public.

With Four Lions, a postmodern screwball comedy following a group of would-be Islamic Jihadists in their attempt to become suicide bombers, Morris shows little sign of reigning in his hunger for confrontational content. However, for all the furore surrounding the film’s recent cinematic release (including an attempt by families representing the victims of the 7/7 London bombings to ban the film), Four Lions is more a continuation of Morris’ ‘War on the Idiots’ that he began with 2005’s Nathan Barley, than a direct spoof on the ‘War of Terror’.

Described by the film’s director as portraying “the Dad’s Army side to terrorism”, Morris’ ‘Lions’ are a collection of cretinous morons and religious zealots, determined on the one hand to “radicalize the moderates” whilst at the same time declaring Holy War against Western capitalism via Boots, TK Maxx and Mini Babybel. 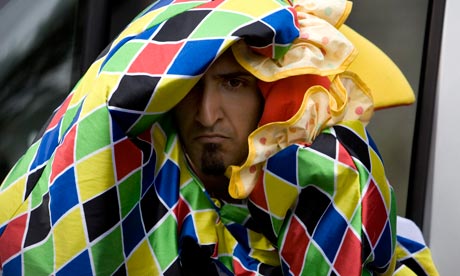 Visual comedy is plentiful, with child-like simpleton Waj (played by Kayvan Novak, perhaps best known for his role as Channel 4’s Fone/Facejacker) convinced that rapidly shaking his head from side to side is an effective method of countering local CCTV. Other examples include maniacal Muslim radical Barry (Nigel Lindsay) demonstrating the effectiveness of bombing a mosque to incite the apocalypse by punching himself in the face, while the sheepish Fessal’s (Adel Akhtar) reluctance to become a martyr leads to an ill-fated experiment utilizing explosives and a pet crow.

The Lions are lead by family man Omar (Riz Ahmed), a shopping centre security guard who views martyrdom as a glorious right of passage into the afterlife (in one particularly amusing scene, he uses Disney’s The Lion King (1994) to illustrate his point to his young son). At times frenzied and near-fanatical, whilst remaining a tender and loving father/husband to his child and wife, Omar is the emotional anchor used by Morris to ground the film in reality. His desire to aspire for something more than hum-drum existence is explored, yet his actions are never justified.

Special mention should be given to just how well Morris has constructed his debut feature. Unlike many British comics before him, Morris successfully avoids the temptation to overload his film with high-profile cameos or expensive set-pieces, cleverly keeping the production small and low-risk in order to ensure a maximum return at the box office (and, one would hope, future cinematic outings). Consequently, the verisimilitude style of Brass Eye and Nathan Barley is once again prevalent, as hand-held camerawork (at times complemented by faux-CCTV footage) are used proficiently to capture the farcical antics of the aspiring bombers. Sitting alongside recent (at least partially British) hits including Iannucci’s In the Loop (2009) and Curb your Enthusiasm director Larry Charles’ collaboration with comedian Sacha Baran Cohen in Borat (2006) and Brüno (2009), Four Lions once again demonstrates the value of realism in relation to comedy which seems to have reached near-symbiosis.

Those anticipating a one-dimensional, brainless series of xenophobic jokes at the expense of Muslims and Islam will be disappointed; however, those hungry for another taste of Morris’ uncompromising, darkly-poignant portrayal of modern British society may well find themselves queuing for another ride down the rubber-dingy rapids.