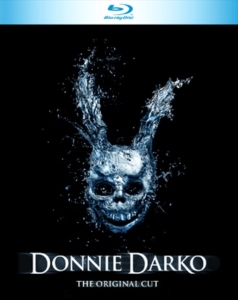 When first released, Donnie Darko (2001) screened in a handful of cinemas across America for little over a month, crippled by a low budget, a lack of interest and the recent trauma of 9/11. Now, nine years later, Donnie Darko prepares to enter the cinematic Valhalla as Richard Kelly’s debut cult classic is rereleased on Blu-ray. The journey of Darko, from ambitious screenplay to global sleeper hit, has become fabled amongst independent filmmakers.

The then-unknown USC graduate Richard Kelly penned the script, only to have it thrown back in his face for two years after literally dozens of failed pitches. When faced with Donnie Darko, every studio executive gave the same response: “This is not a shooting script. This is a writing sample. This film will never get made”. Impressive yet unconvincing, the rejected Darko script became notoriously untouchable. With Kelly at the brink of capitulating (and considering moving home), Darko caught the eye of US actress Drew Barrymore, who swiftly became godmother to the production, supporting it with her production company and agreeing to play a part in the film pro bono. 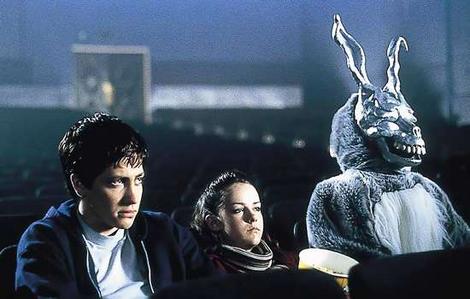 However, Barrymore’s involvement broke the stalemate and the film’s 28 day shoot finally began, having attracted numerous well-respected actors (and consequently spring boarding a young Jake Gyllenhaal into stardom). With the blessing from one of the Hollywood elite, Donnie Darko was finally completed only for it to suffer horribly at the hands of careless releasing and national tragedy. Eventually discovered and championed by global film critics, Darko finally stepped into the light of critical attention that was being paid to both the film and its flagship track, the sombre cover version of Tears for Fears’ Mad World, which would ultimately become Christmas number one in the UK.

After years of head scratching and wild theories as to the deeper meanings of Darko’s inner subtexts, Kelly released an extended Director’s Cut of the film in 2005 replete with deleted scenes and inserts that helped to clarify some aspects, whilst making other plot threads only more complex. The newly released Blu-ray edition contains both versions of the film, allowing its audience to choose their own favourite flavour of confusion. Donnie Darko’s director Richard Kelly has since moved on, proud of his debut’s success yet eager to prove he is capable of much more. After the stumbling effort that was 2005’s Southland Tales (booed off after its Cannes debut), Kelly also directed The Box (2009), a Hitchcockian thriller based on the Richard Matheson short story Button Button, to improved (if muted) critical reception. Whilst it’s rare that a young filmmaker’s flagship work is so lauded and embedded in the collective memory of a generation, such is the cult appeal that Donnie Darko has gained over the last nine years that its acknowledgement as both cinematic oddity and treasure is surely incontestable, as this new Blu-ray rerelease demonstrates.

Writer/directors like Richard Kelly have their own individual style of filmmaking. Interior designers also share a passion for creating a unique vision. Studio M Interiors employs talented designers who work hard to satisfy the needs of any homeowner.