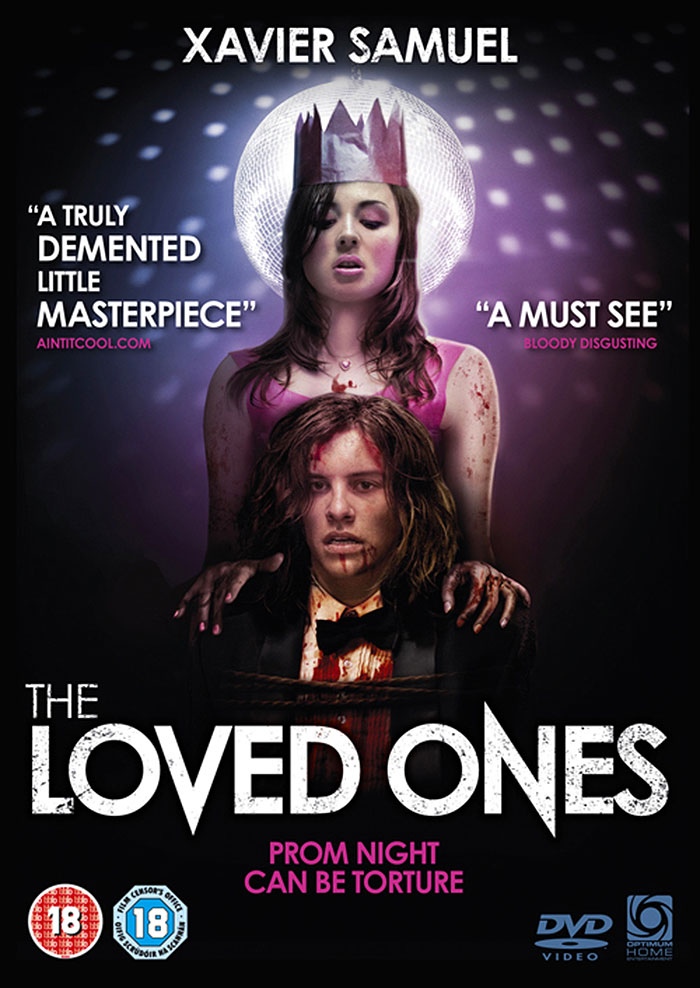 The last ten years have seen a resurgence in the low-budget, Ozploitation comedy horror thanks to films like Undead (2003), while titles such as Wolf Creek (2005) have carried the more extreme fringe of Australian cinema to a new generation of cinemagoers. It would seem the Ozploitation genre – almost forty years on – is still big news.

This year’s Film4 FrightFest threw up a good number of films keen to follow in the footsteps of this long-standing, horror tradition, with Aussies featuring heavily throughout the weekend. Among those vying for the attention of splatter-fans at the crowded booths this August was The Loved Ones (2009), a classic, tongue-in-cheek horror flick from writer/director Sean Byrne, now available to own on DVD.

The Loved Ones tells the story of Brent Mitchell (Xavier Samuel); your less-than-average high school teenager who, having ploughed his car into a tree the previous year, killing his father, has become a guilt-ridden recluse. Following the freak accident, the relationship between him and his widowed mother is left strained; his own torment coupled with the inescapable feeling that she somehow blames him for his father’s death manifesting itself as deep and brooding introversion. Unbeknownst to him, however, Brent has a secret admirer – a secret admirer who will stop at nothing to get her man. Having turned down his would-be suitor, Brent now finds himself kidnapped – guest at his own personal Prom Party and own personal Hell. 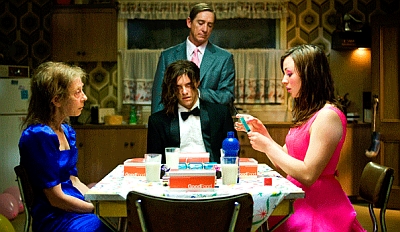 The plot doesn’t twist and turn too much from the initial premise, perhaps due to a limited budget, the vast majority of the action unfolds on a single set. Regardless, The Loved Ones is a film that manages to deftly traverse the fine line of the horror-comedy genre. It’s easy to head too far in the wrong direction: one too many stomach-churning deaths and your audience won’t be in any mood to laugh, too many laughs, on the other hand, and your ‘horror’ movie will come off more as a parody. Byrne gets it just right though. Well-placed lines throughout the movie kept the laughs coming; often dark as hell, he manages to pull off the jokes without letting up the tension.

Accomplished cleverly through the music on a number of occasions, Byrne sets up a creepy, yet comical, juxtaposition between cheesy pop music and the lead antagonist’s manic psychosis – an effect as oddly hilarious as it is disturbing. When the violence does kick in, Byrne is careful not to go too overboard, letting the viewer’s imagination – and some wince-worthy sound design – fill in for all-out gratuity. The result is a number of satisfying squirms interspersed with laugh-out-loud, pitch-black comedy and a somewhat sporadic – albeit amusing – soundtrack.

Not a balls-to-the-wall, gross-out flick or a Jason X (2001) style comedy-slasher, The Loved Ones takes a little from both schools and mixes with a more personal sense of humour to make something that remains smart and interesting up to its finale without outstaying its welcome.